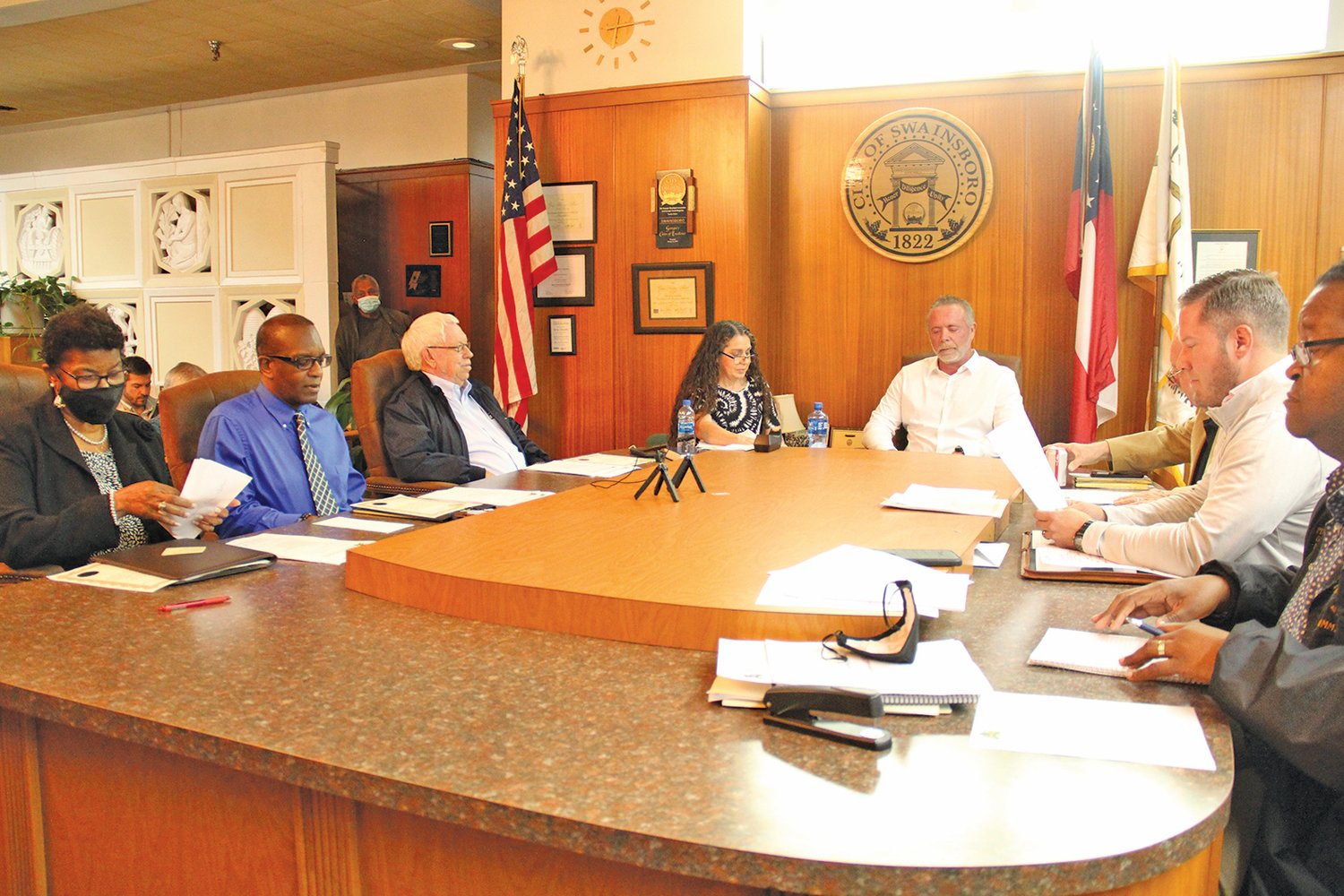 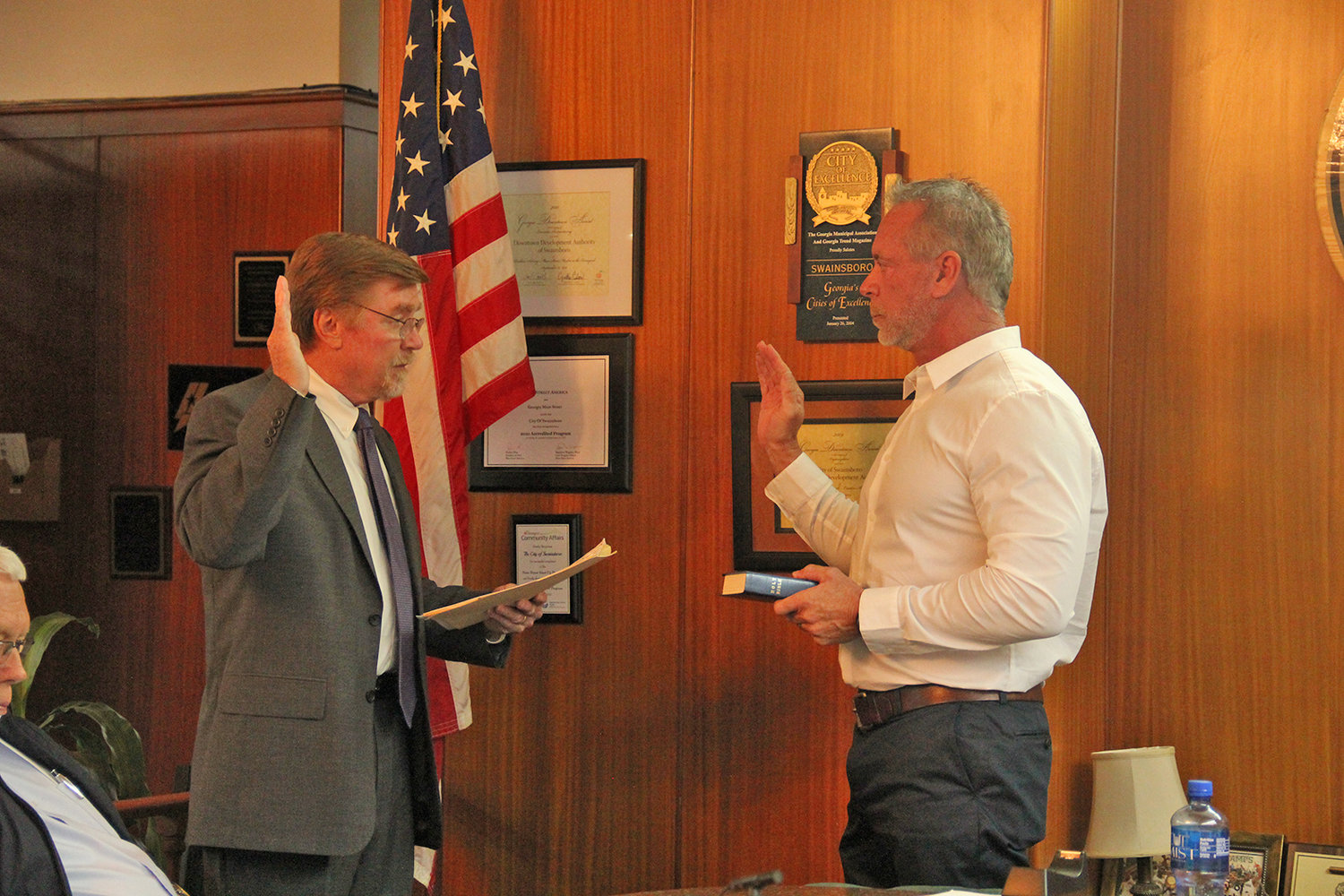 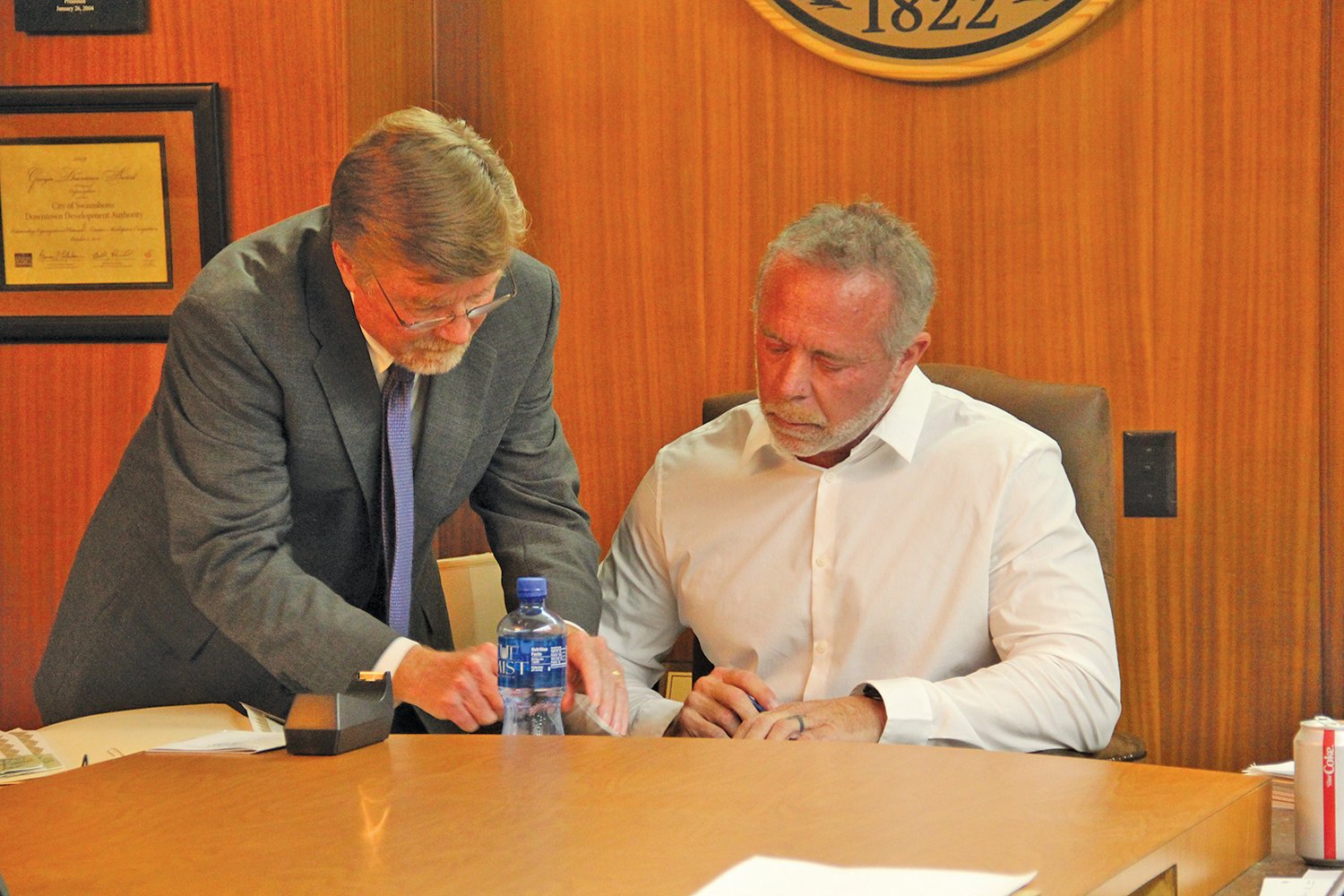 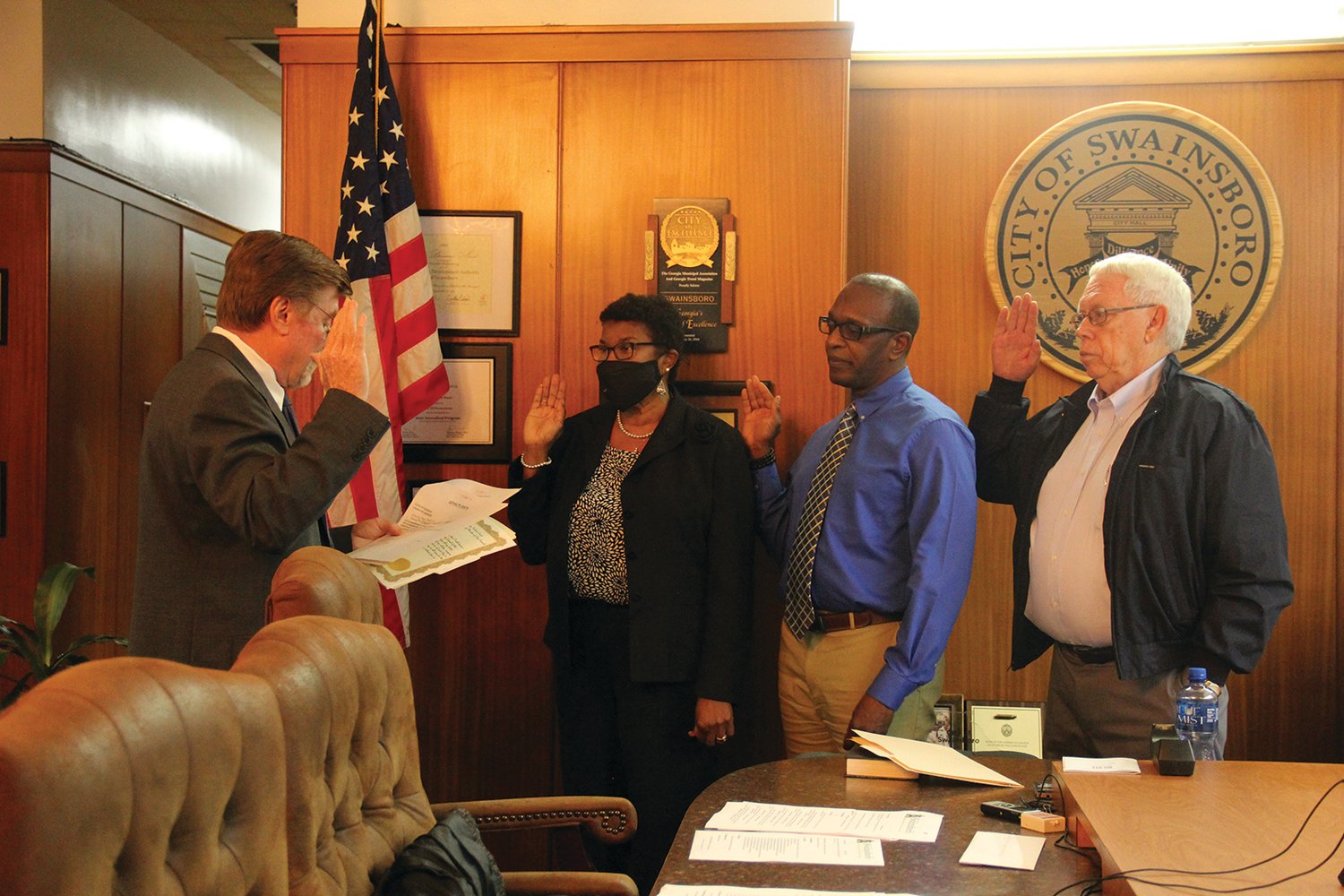 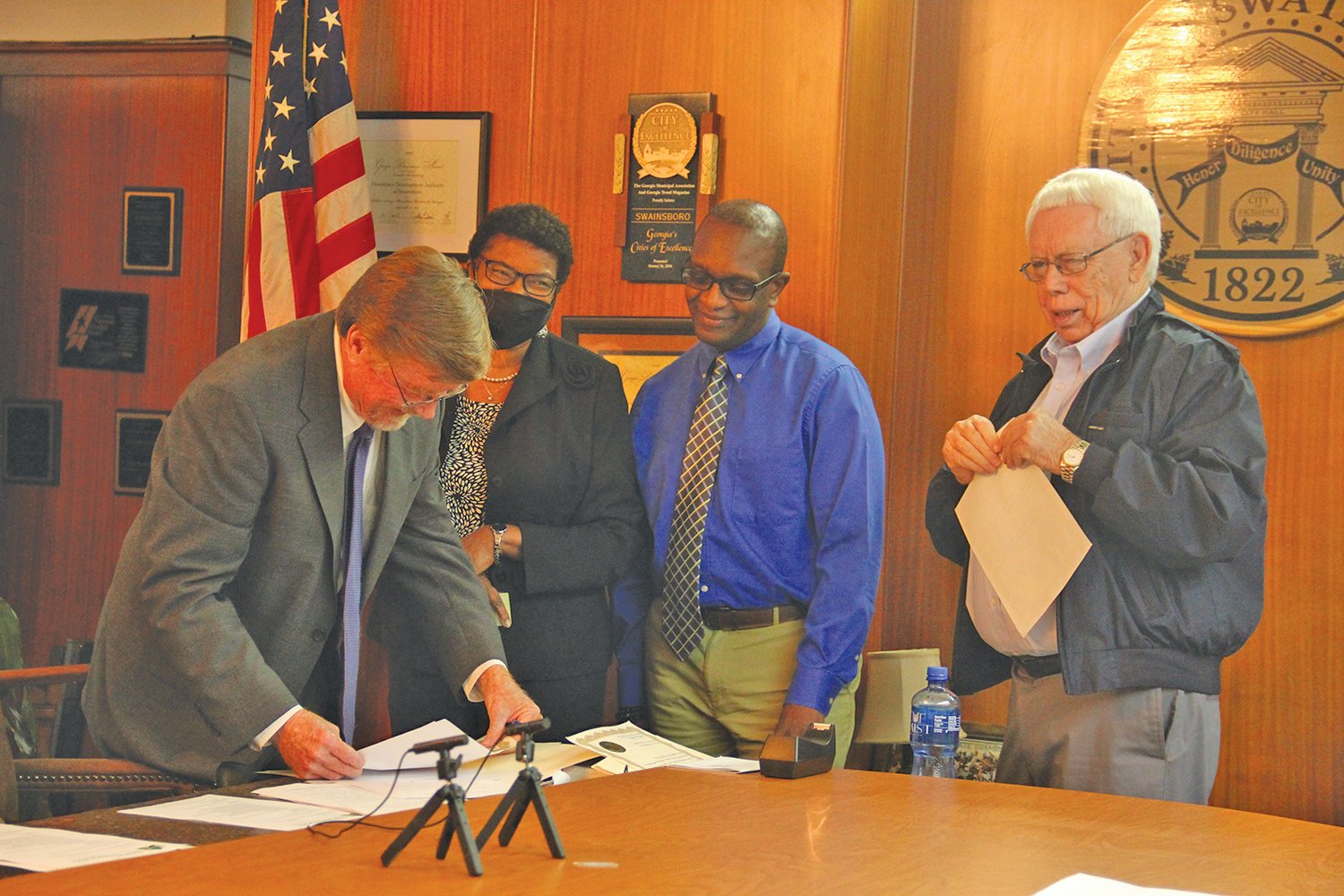 Swainsboro City Council and Mayor Greg Bennett held their first meeting of 2022 on Monday, January 3, at 6 p.m. at Swainsboro City Hall. The Honorable Judge Don Wilkes was present for the swearing in of Mayor Bennett as well as Councilpersons Johnny Ray Stafford, Bobbie Collins and Gregory Quarterman. Pastor Nick Robertson of Consuming Fire Ministries then gave the night’s invocation prior to the appointment of Mayor Pro-tem. Mayor Bennet suggested Collins be selected to serve as mayor pro-tem; Stafford nominated Julian Sconyers to serve as mayor pro-tem; John E. Parker nominated himself for the capacity; and D.J. Davis nominated Collins. Mayor Bennett broke a 2-2-2 vote by making the final decision that Collins serve as mayor pro-tem.

•Appointment of council committees then took place and are as follows:

Despite how operations were recently ran, no appointments of council were made to police and fire departments due to not being listed in the charter.

•Council ratified the hiring of Andrea Bedgood to serve as the new counter clerk for Swainsboro City Hall.

•Discussion regarding an adjustment proposal for the city’s contact with Allgreen as listed on the night’s agenda was postponed.

•Joseph Bynes addressed council with a pilot program proposal for the old recycling center. His request for a 180 day trial period to utilize the property for recycling purposes at no cost or liability to the city was approved by council. Bynes agreed to a $1 lease payment and to provide a written proposal with updates to be given on the project’s status every 30 days. Opposed to this approved agreement was Collins. All remaining council unanimously approved.

•Council discussed the purchase of new water meters. Davis made first motion of approval for the inquiry of quotes for this project. All remaining council voted accordingly.

•Council approved the changing of due date for water bills from the third of each month to the sixth of each month. Changes were also implemented to late charges applied to water bills. A 4-2 vote passed by council eliminated late fees charged to accounts under the amount of $50. The city will also be more lenient in terms of water disconnections and will allow additional time of one month for payments to be made before services are interrupted. All changes implemented with the operations of city water as discussed will take effect March 6 of this year.

•Council approved the installation of streetlights and cameras in high crime rate areas. Making first motion to inquire on equipment and installation expenses was Davis. He was seconded by Parker with remaining councilmembers voting accordingly.

•Council approved the creation of a new city charter with Parker emphasizing the need for a quorum to be included. Making first motion for approval was Parker. Quarterman seconded and the remining council voting in favor.

•Council approved the advertise and place signage on city surplus properties totaling to 68 properties. Parker made first motion for approval and Quarterman seconded.

•Discussion was then held on a Boys and Girls Club being implemented within the city. An ideal location suggested by the mayor being the old strip mall that houses the old Beacon of Hope Church of God location and connected areas of the building. This implementation of the club will be no cost to the city and will serve children ages five through seventeen years old. Council unanimously approved further action be pursued on making this proposal a reality.

•Discussion was held on the city’s theater and gym projects. It was passed by council that a pause be placed on both projects until quotes on further expenses and progress plans could be discussed.

•Council then entered into executive session to discuss the hiring of a new city attorney and city administrator. Upon re-entering normal session, the following was announced:

Council approved to proceed with interviews for the position of city administrator.

Council approved to continue paying interest on the line of credit borrowed for the theater and gym projects.

•Minutes from the December 2021 meeting of council was unanimously approved by all.

•Sconyers announced intent to file an ethics violation complaint against Parker for misleading information given in the last meeting of council.