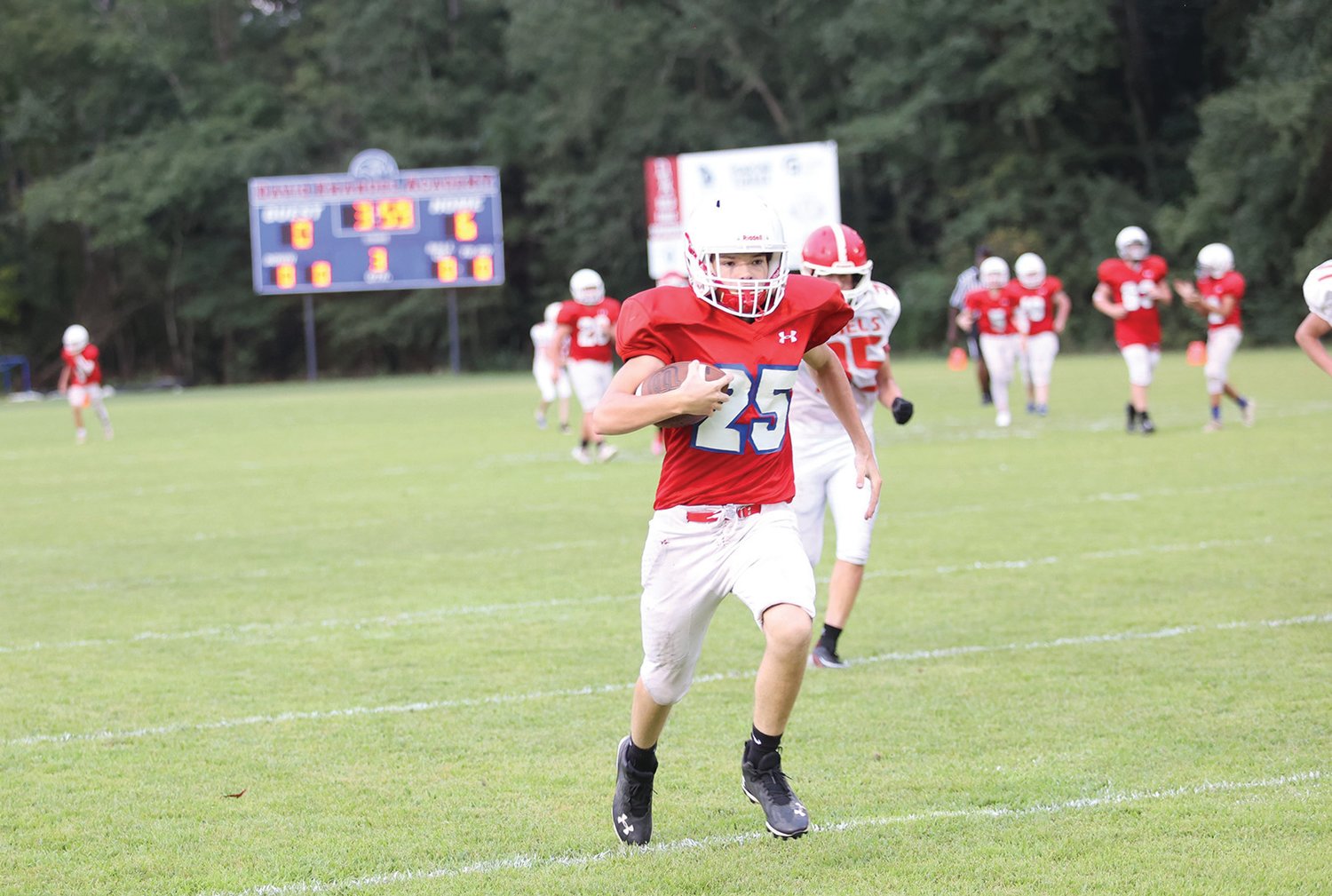 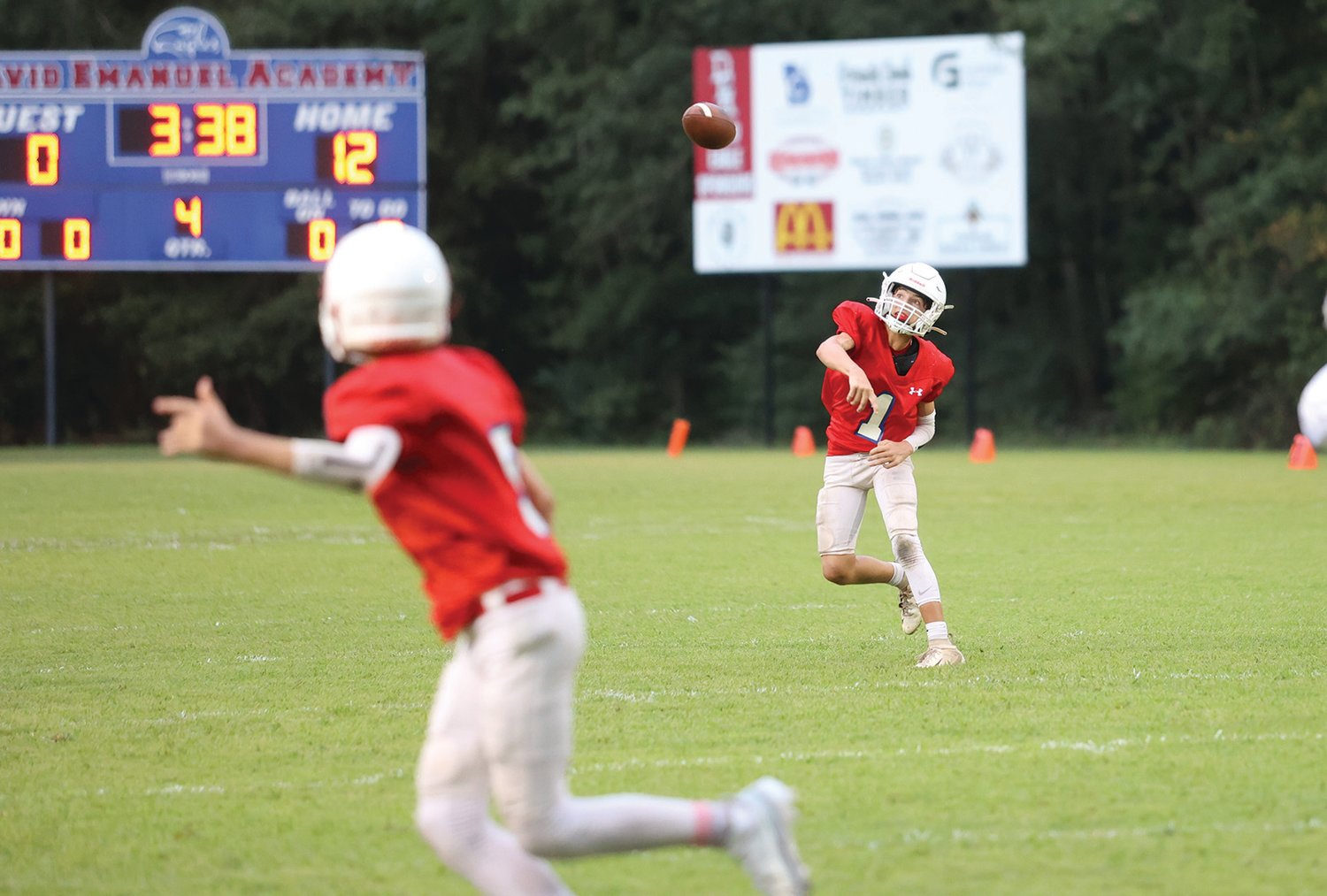 David Emanuel Academy’s Middle School football team hosted John Hancock Academy of Sparta as guest for the third game this season on Thursday, September 8. The Stillmore team defeated their Rebel guests 20 – 8 and upped the Eagle’s ranking 2-1 in their division.

The first 6 Eagle points were scored after a completed 28-yard touchdown pass from Tucker Free to Ethan Fields. The Stillmore Eagles increased their lead over the Rebels by another 6 points following a 61-yard touchdown run made by Mason Williams, and Free topped an additional 6 points to the Eagle’s scoreboard by running the ball for a 2-yard touchdown. A final completed play from Mason Boatright to Jace Farmer brought the last 6 eagle points for a final scoreboard reflection of 20-8.