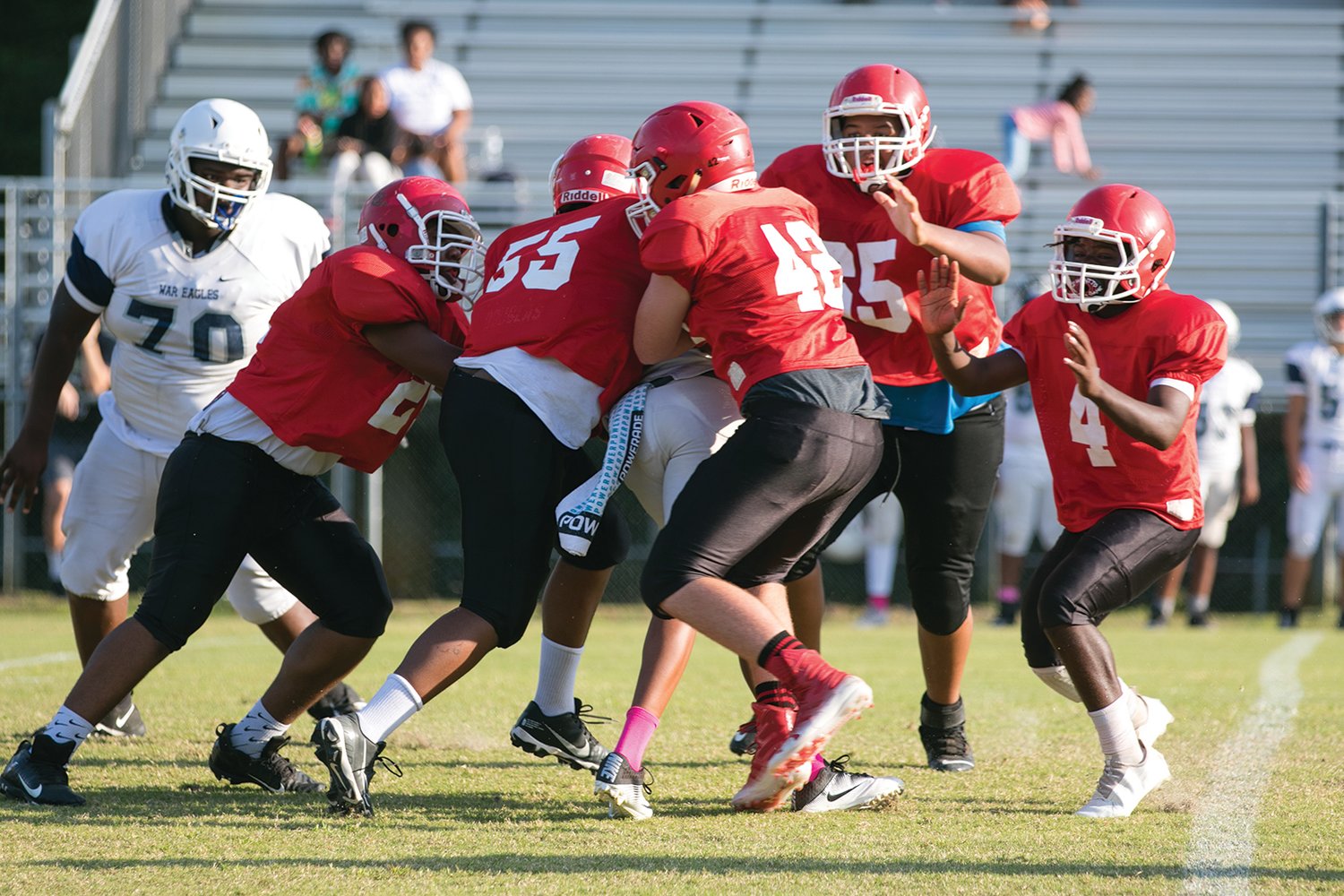 This marks the fifth consecutive year the Bulldogs have played in the championship game, winning two.

The Bulldogs advanced to the championship last week by defeating Jenkins Co. in the first round of the region playoffs.

They completed their undefeated season on Thursday, October 6 by defeating North Tattnall 32-0.

During the game against North Tattnall, fullback Tuff Boddiford had two touchdowns on runs of 2 and 25 yards. Tyler Foreman had a 4 yard touchdown and Chase Johnson ran it in from 8 yards out. Quarterback Jackson Kennedy was 2-2 passing for 32 yards and had an interception on defense.

In the first round game against Jenkins Co., the Bulldogs pulled away from the Eagles in the second half to win by a score of 38-20.

“We defeated a very big and fast Jenkins Co. team 38-20,” commented head coach Greg Kennedy. “Both teams played well but ECI pulled away in the second half. ECI led at the half 22-14 and never looked back.”

The Bulldogs put the first points on the board on their opening drive on a 19 yard Boddiford touchdown run. Tyler Foreman crossed the line on the 2-point try and the Bulldogs led 8-0 with 3:02 left in the first quarter.

Jenkins Co., unable to run against the Bulldog defense, struck for a long pass for a 55 yard touchdown. Their 2-point conversion was stopped with ECI still leading 8-6 with 32 seconds left in the first.

The score didn’t stay the same for long. Chase Johnson took the ensuing kickoff down the home side sidelines for a 82 yard touchdown. Two-point run by Boddiford was good and the Bulldogs led 18-6 with 16 seconds left in the opening quarter.

Abb Marsh stepped in front of an Eagle receiver for an interception to kill the next Eagle drive. The Bulldogs turned the ball over on downs several plays later, giving the ball back to Jenkins Co.

Set up by another long pass, the Eagles got the home crowd nervous as scoring from 4 yards out to make the score 16-14 with 2:56 left in the first half.

The Bulldogs put some breathing room between them and Jenkins on their last drive of the half.

Tyler Foreman torched the Eagles around the right side for a 25 yard touchdown run with 48 seconds left before halftime for a 22-14 Bulldog lead.

After an Eagle fumble to start the second half, the Bulldogs would extend their lead. On fourth down at the Jenkins 35, Chase Johnson scored his second TD in the game. Kennedy to Boddiford two point pass play was good, putting the Bulldogs up 30-14 with 3:25 left in the third quarter.

Jenkins Co. drew a little closer on a 4 yard touchdown run with the Bulldogs still leading 30-20.

The Bulldogs put the game out of reach when Boddiford turned the left corner on a pitch play for a 40 yard touchdown to make the score 38-20 with 2:44 left in the game.

The Eagle were unable to get another first down and the Bulldogs ran out the clock to take the hard earned victory.

Kickoff for the Championship game is scheduled for 5:00 at Rountree Stadium.