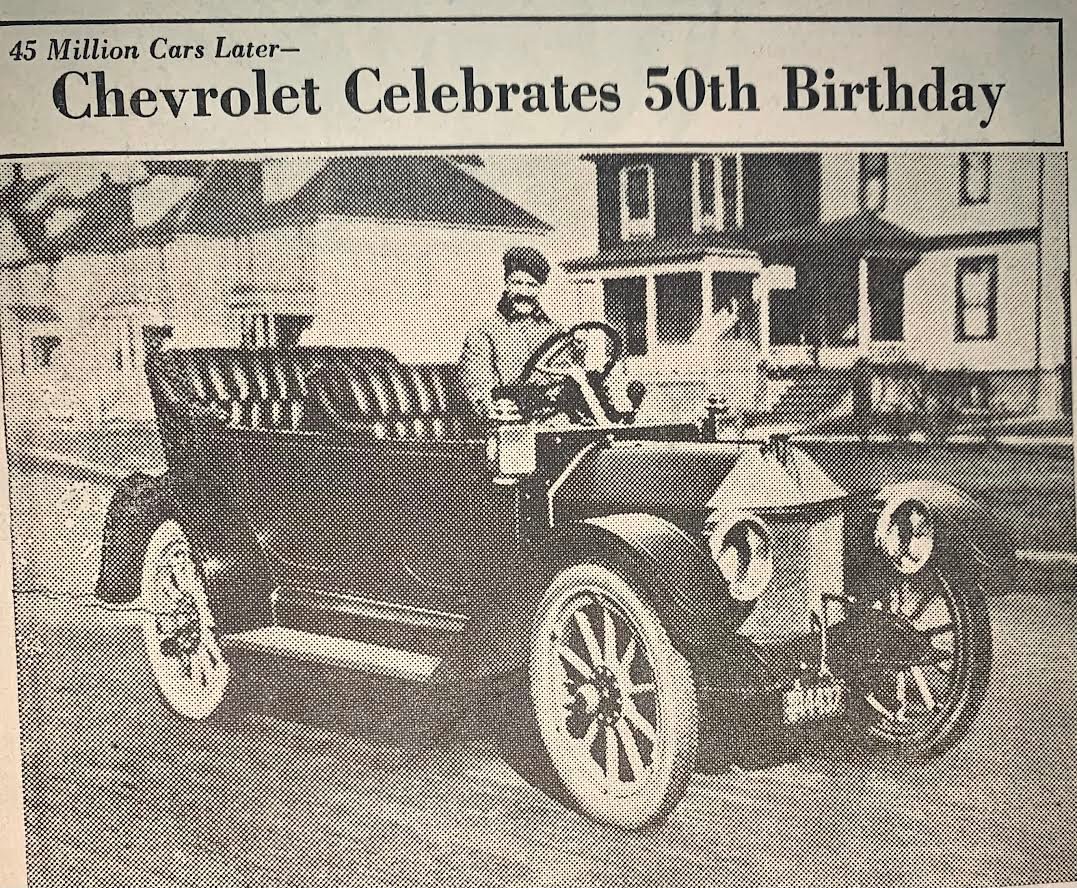 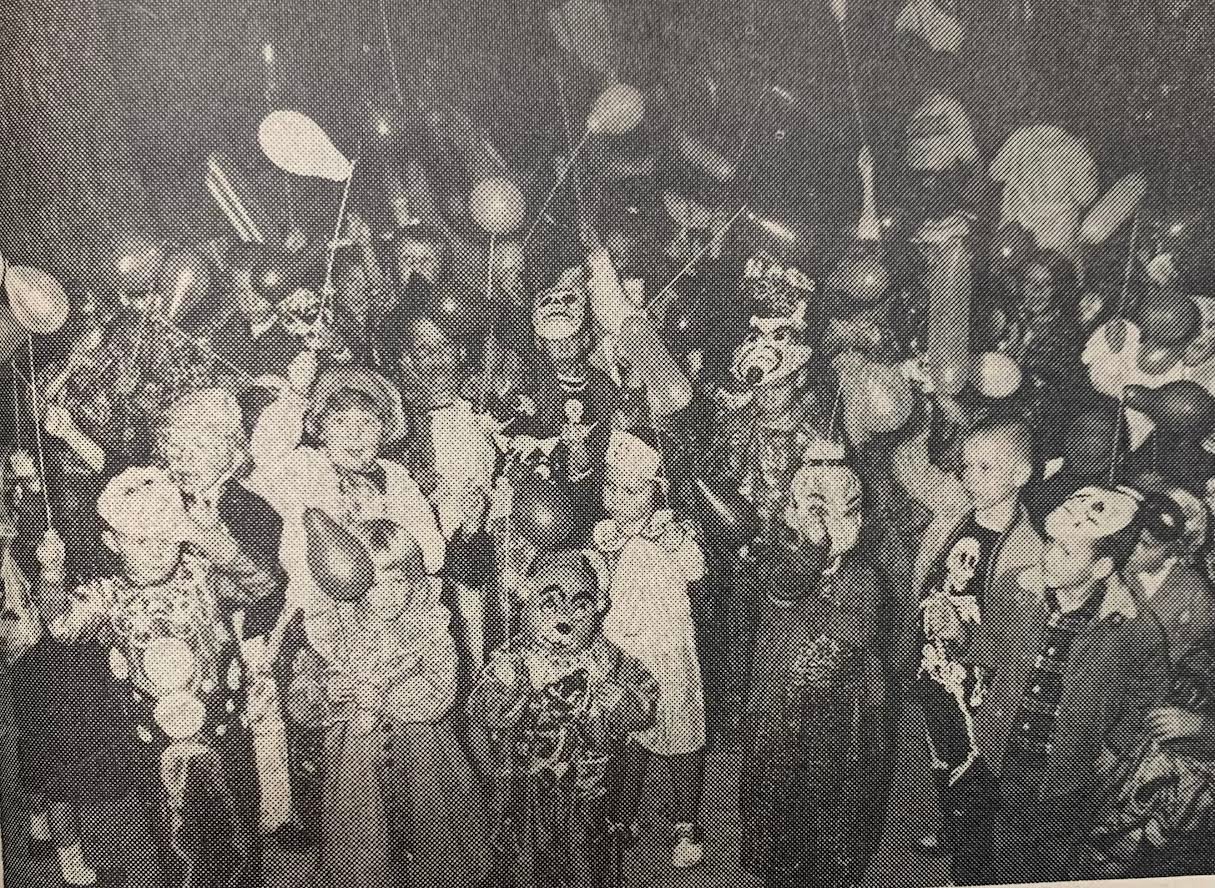 Chevrolet and his car – Famous race driver, Louis Chevrolet, displayed his experimental 1911 car which went into production in 1912. This was the beginning of one of the automotive industry’s most fabulous success stories and one which was highlighted by the golden anniversary of Chevrolet starting Nov. 3. In its first year of production, Chevrolet built 2,999 cars.

ARE THESE TRICK OR TREATERS?

Did someone open their door and find all these children shouting “trick or treat!” Fortunately, not – at least not at one time. They’re part of the group of children who enjoyed one of the Halloween parties given. This one was at the home of Mr.  and Mrs. Rupert Moore.