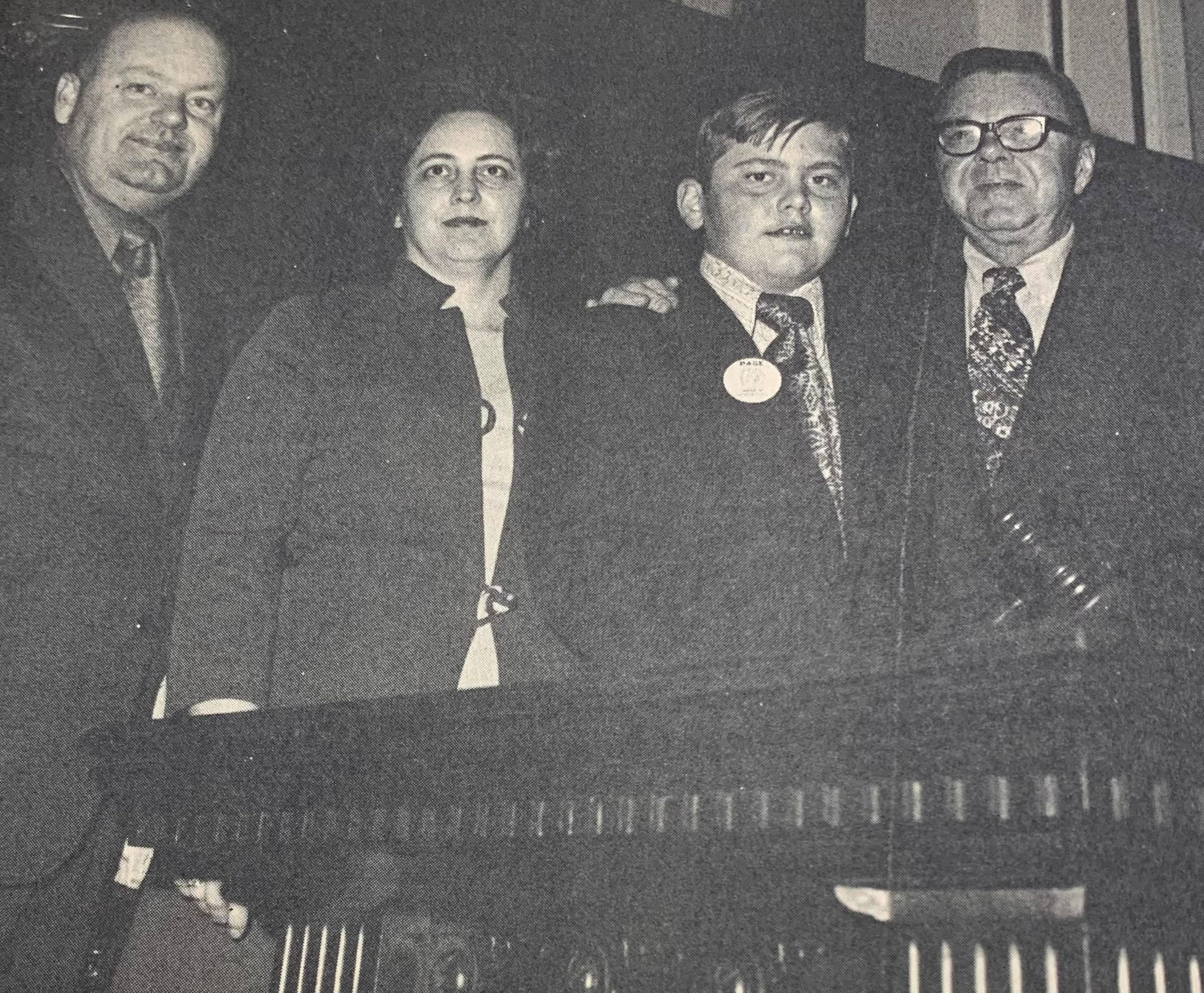 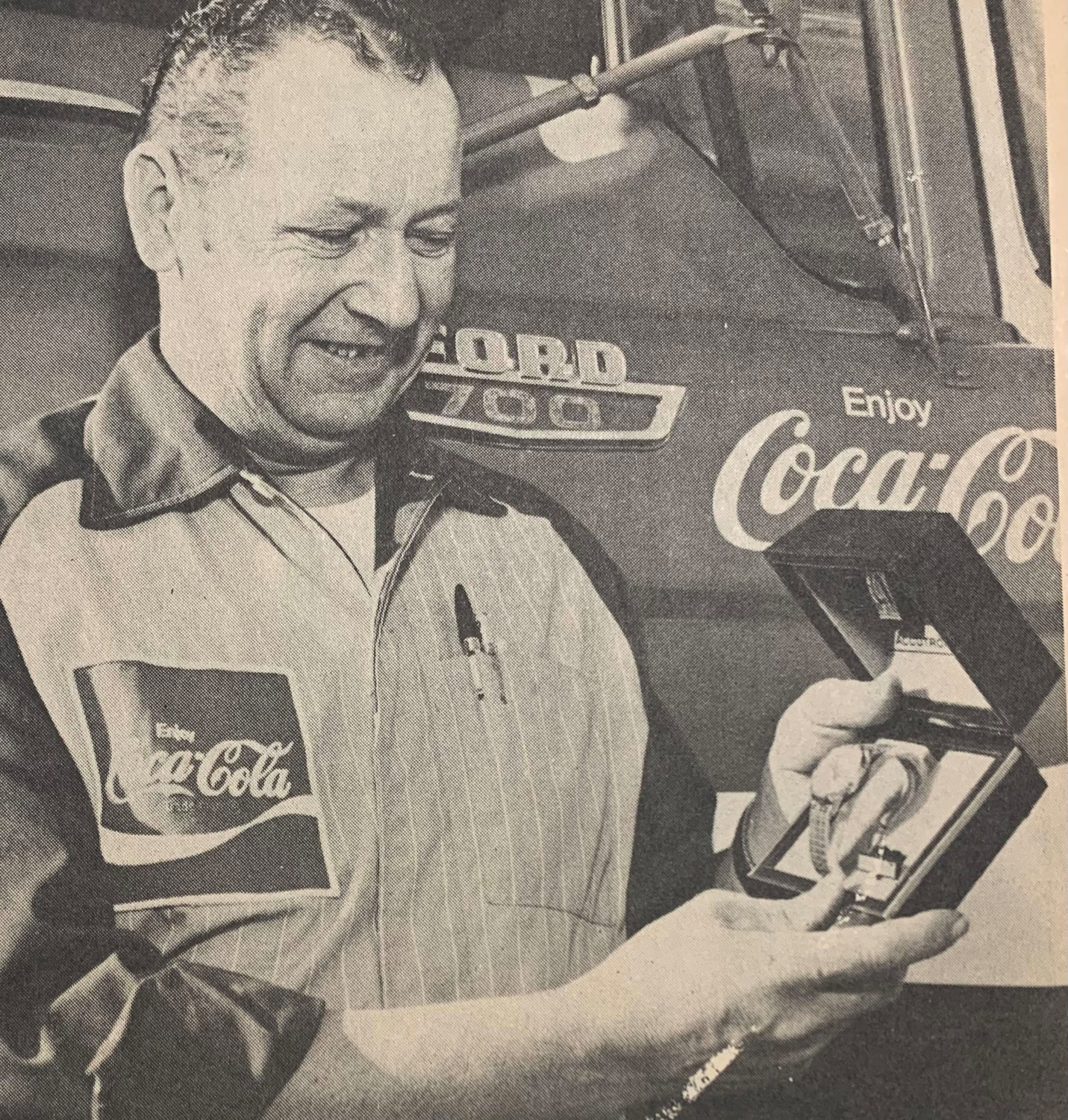 Mr. and Mrs. J.T. Bailey and son, John Allen, visit the House Speaker George L. Smith in the Capitol. John Allen served as a page in the House during sessions of the General Assembly. While in Atlanta, John Allen also visited and talked to his cousin, Rep. Hines Brantley of Metter.

Ellie Ray Davis admires the watch presented to him by Swainsboro Coca-Cola Bottling Company upon his completion of 20 years of service with the company. Mr. Davis, a route salesman, has been on the same route, Louisville and Wadley, since beginning his employment at the local Coca-Cola company.