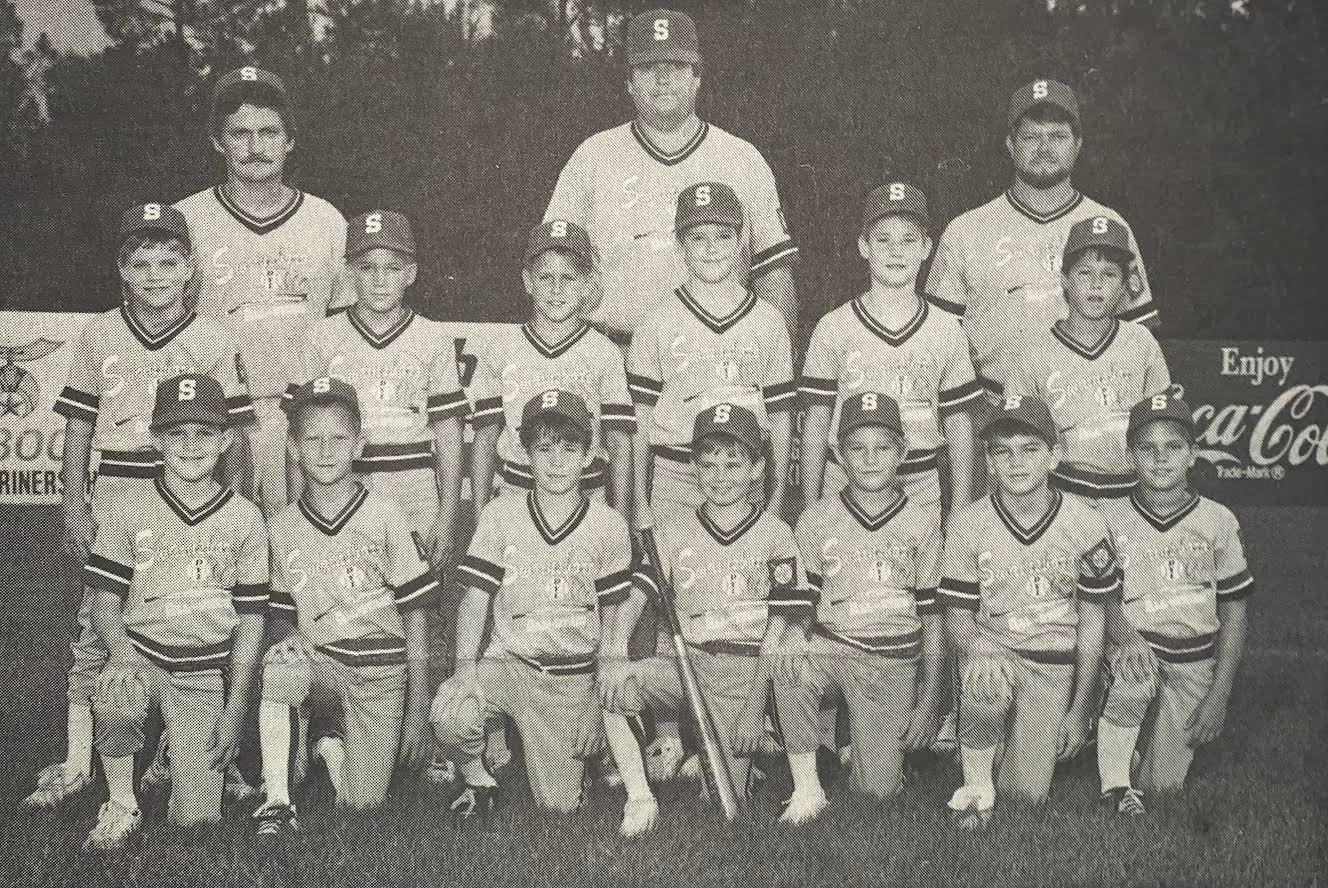 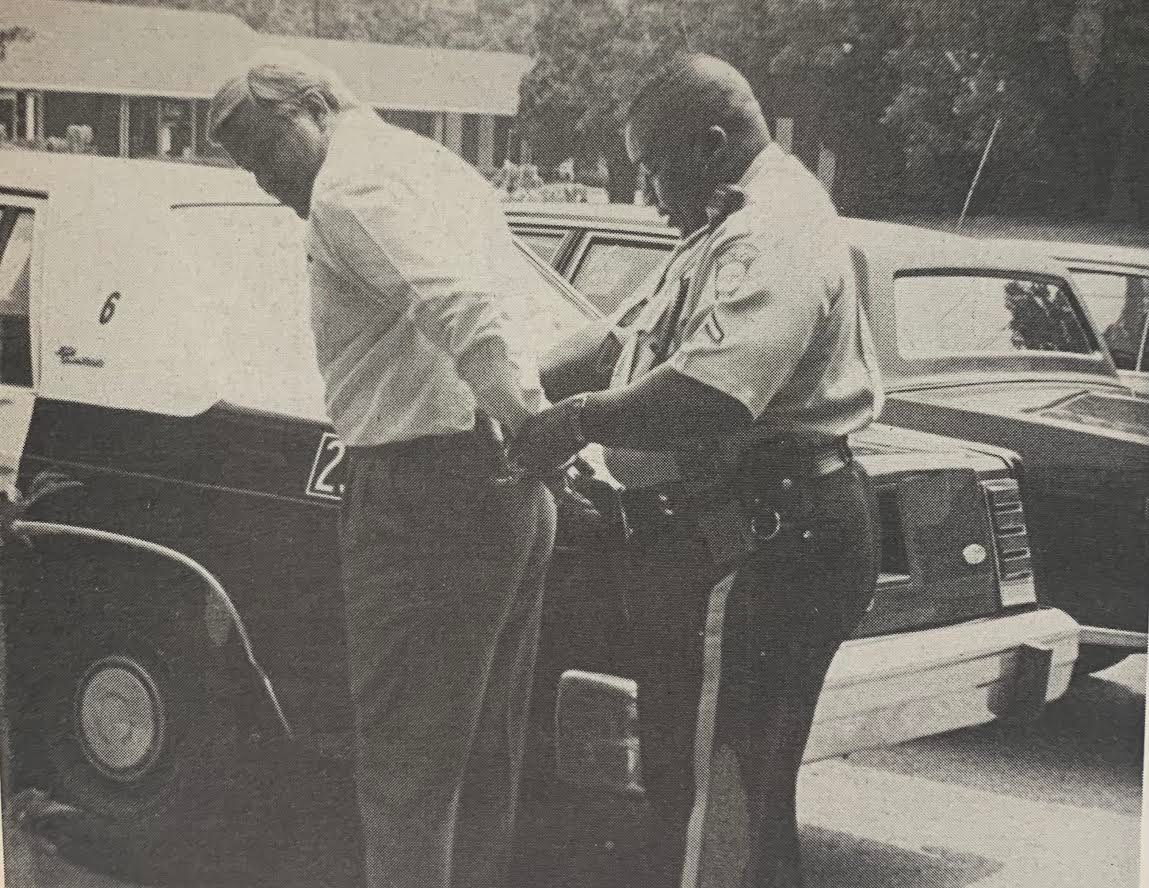 GOTCHA
Rosby McKenzie tried to avoid “arrest” by explaining to SPD Officer Wendell Bell that he had until Aug. 1 to raise bail money in American Cancer Society’s Jail and Bail fundraiser set for that date. Local citizens names as Emanuel County’s most wanted had the opportunity to raise bail in advance to avoid being “arrested” and to aid the local ACS Unit in meeting its fundraising goal for the year. Everyone else was subject to arrest when Jail and Bail activities got underway Aug. 1.