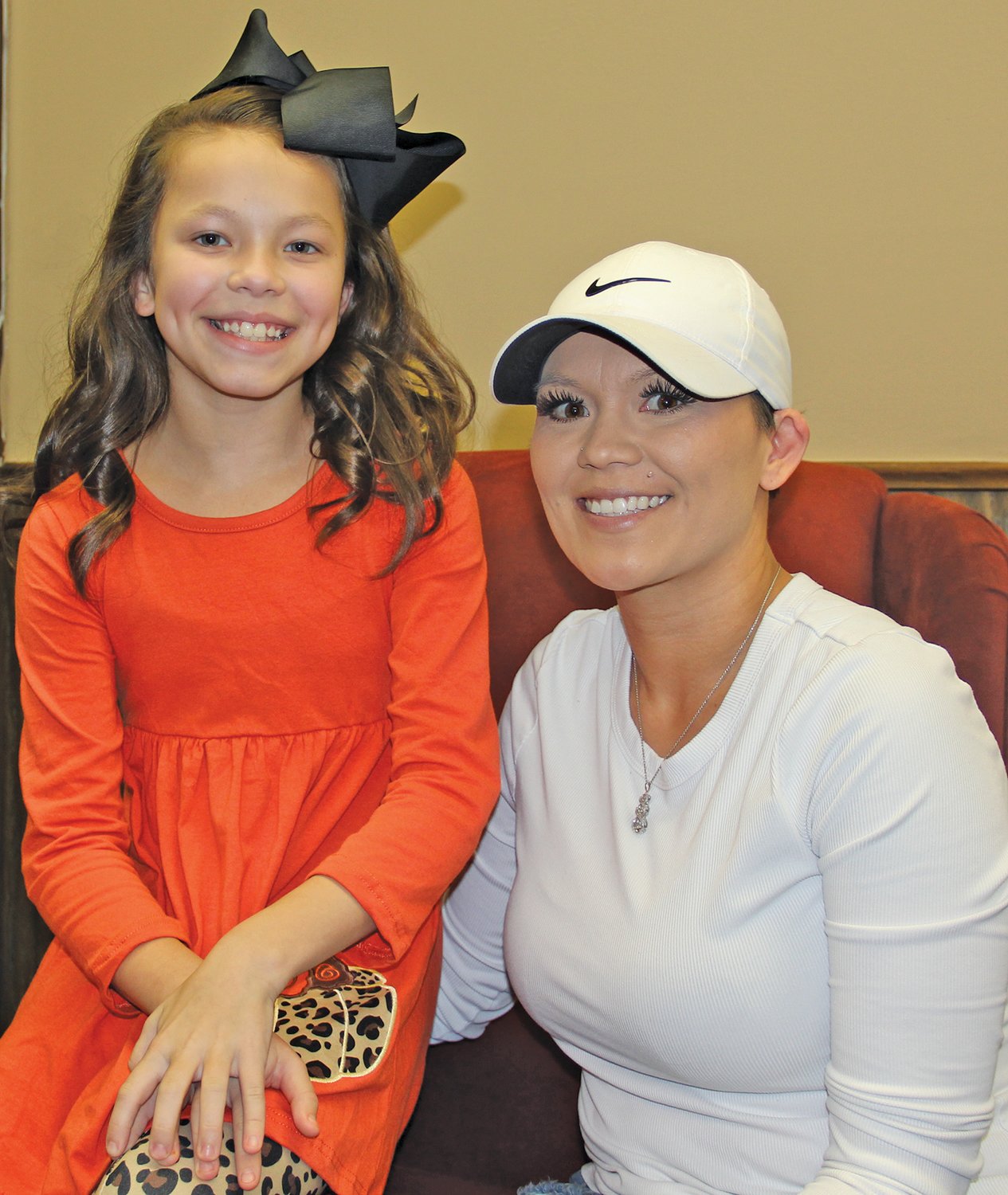 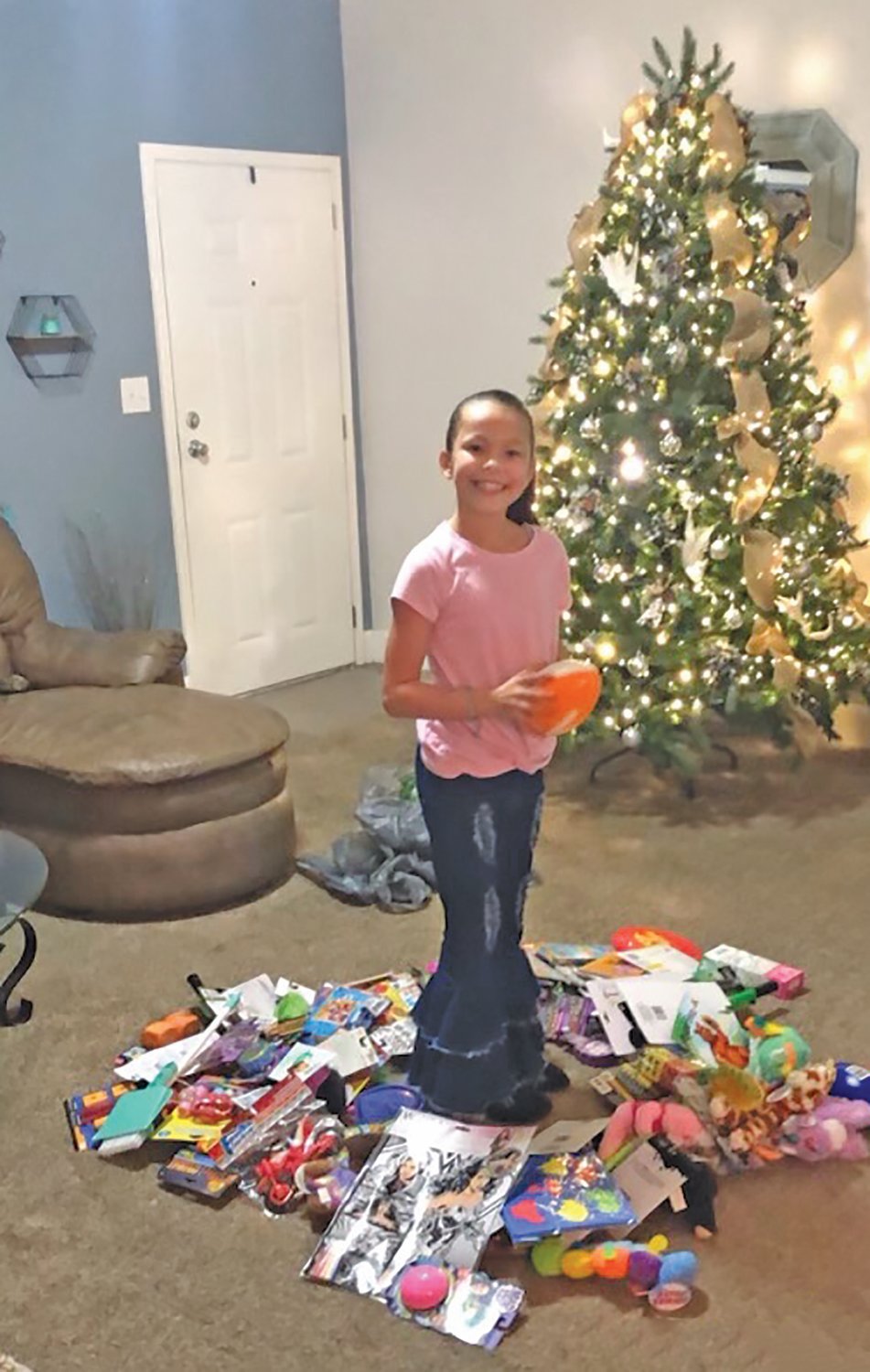 Previous Next
Posted Wednesday, December 1, 2021 6:00 am
by WHITLEY CLIFTON

It’s that time of the year again when many parents ask their children for Christmas gift ideas. When prompted the famous question, “What do you want for Christmas this year?”, more times than not – an eager child can easily rattle off what items are on their wish list. There are some children who will want a new gaming console with the latest games. Others may want a new phone or tablet. Perhaps a new doll, football, bike or hoverboard? Or maybe, just maybe, some children will opt for some new clothes. Regardless, Christmas is an exciting time for children who anticipate what gifts will be awaiting under the tree on Christmas morning. However, that’s not always the case…

When prompted this same question by her mother this year, 10-year-old Bre-Lynn Atkinson’s response was nothing short of humble when she told her mom “I just want to give toys to someone who doesn’t get any toys.”

At a young age, little miss Bre-Lynn, affectionately known as “MeMe” by many, knows that not all children are fortunate to have a Christmas and knowing this pulled at the strings of this young girl’s heart this Christmas season.

“I ask all my children each year what they want for Christmas. When I asked MeMe, she said she wanted to give toys to someone who doesn’t get any toys. I thought she meant giving her old toys away but that wasn’t what she meant. Instead, she wanted to get new toys to give away to kids who may not get any toys,” MeMe’s mother, Lisa Vaughn-Atkinson, stated.

Having her daughter’s Christmas list in mind, Lisa went to work! Lisa pitched MeMe’s idea to a large number of TikTok followers and made MeMe’s Christmas request goal go viral. Within the first two weeks, MeMe had raised a little over $400 in donations and was planning her second toy haul after picking up 100 toys in her first haul.

MeMe gives credit to her dance instructor, Cherry Hooks Carruth, who always encourages her students to give to others during the Christmas holidays. According to MeMe, she has assisted in donations made through her dance studio on multiple occasions and that is what prompted her very own giveaway this year.

“Our goal is to fill a trunk with Christmas toys that MeMe wants to hand out personally to each little boy and girl. Who knows, if we collect enough toys, we’d love to fill a truck instead,” Lisa commented.

As of Monday, November 29, MeMe has raised a total of $703 and will be going live for her third haul this Friday. Individuals are still encouraged to send monetary donations or toys to assist in MeMe’s Fill a Trunk. All donations collected at The Forest-Blade will be matched by the dollar by Chris’ Truck Repair of Swainsboro. Donations can also be sent via Venmo @LynnMarie2811, Cash app at $LynnMarie2811 or by mail with postage to be covered by Lisa. On Saturday, December 11, MeMe will be stationed outside of The Blade beginning at 10 a.m. to disburse Christmas toys to local boys and girls in the area.

MeMe will make a special appearance on Emanuel County Live today, Wednesday, December 1, and next week on December 8 to give a community update on her Fill A Trunk campaign and looks forward to sharing her excitement with others! Stay tuned!

Where construction companies are building the most homes

Most popular songs that never won a Grammy