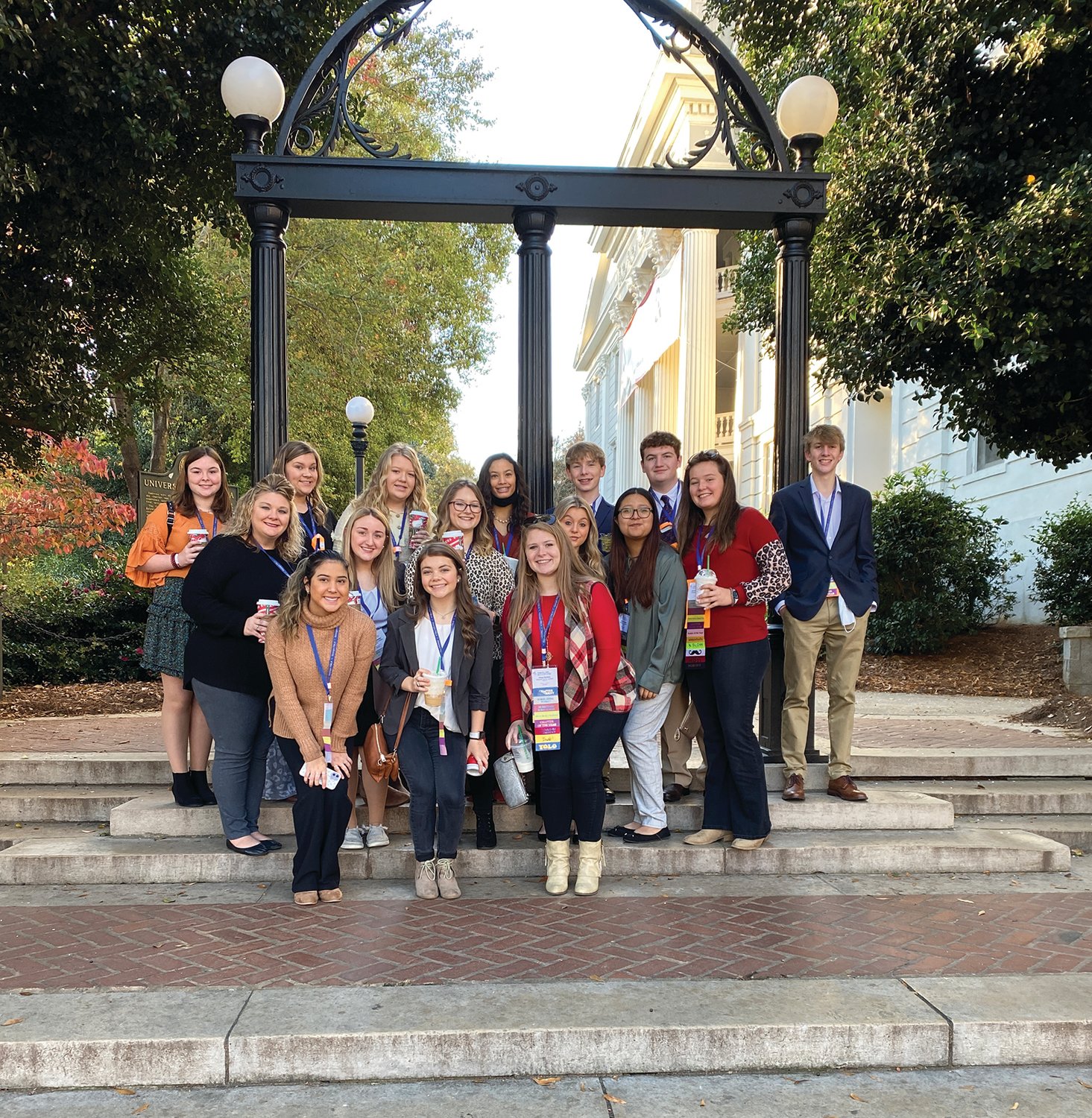 Recently, 16 Emanuel County Institute FBLA members traveled to the Fall Leadership Conference held in Athens on November 17 – November 18 at the Classic Center. On this trip, members were able to participate in many fun activities, including touring downtown Athens. Aside from the fun and touring of Athens, FBLA members were given the opportunity to attend leadership workshops, meet new people, prepare for competitions, and even play Monopoly against other FBLA chapters!

While at the Classic Center, all members and advisers attending were able compete for the Statesman Award and Battle of the Chapters. Students and adviser will find out results at a later time. The Battle of the Chapters team consisted of Ansley Moxley, Brailey Radford and Bailey Arnold. During the general session, those in attendance were able to listen to guest speakers. Each of the speakers were very motivating.

Final Total Wellness Session of 2021 held at the Fulford Center