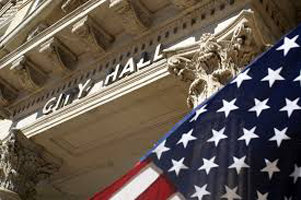 Members of Swainsboro City Council and Mayor Greg Bennett met for their regular scheduled meeting on Monday, April 4, at 6 p.m. at Swainsboro City Hall. Mayor Bennett called the meeting to order, and Pastor Shannon Boula of Blundale Baptist Church gave the night’s invocation prior to the pledge of allegiance being recited by all.

Minutes from the February 7, March 7, March 10, and March 17 meetings were presented for review. John E. Parker advised that changes need to be made to the March 17 minutes. He stated that when he asked the city clerk if contact with the GMA or Attorney General’s Office had been made and that she responded with the answer “no”. He further addressed an issue with the minutes not documenting the clerk’s answer to his question and requested that, for the record, the minutes be amended to reflect accordingly.

A motion to approve minutes from the February 7, March 7, and March 10 meetings and amendments be made to the March 17 minutes as requested by Parker was made by Dr. D.J. Davis and passed unanimously by all council members.

Davis motioned to void a cease and desist action regarding a contract entered into by council’s approval in October 2021. This vote unanimously passed with a 6-0 vote.