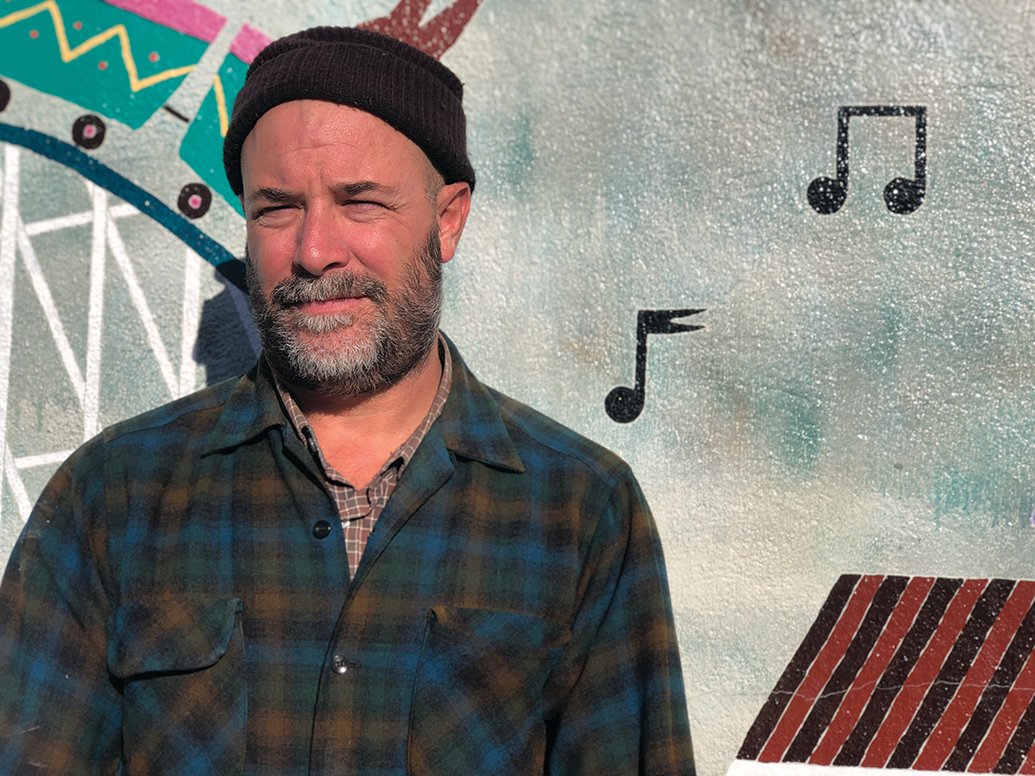 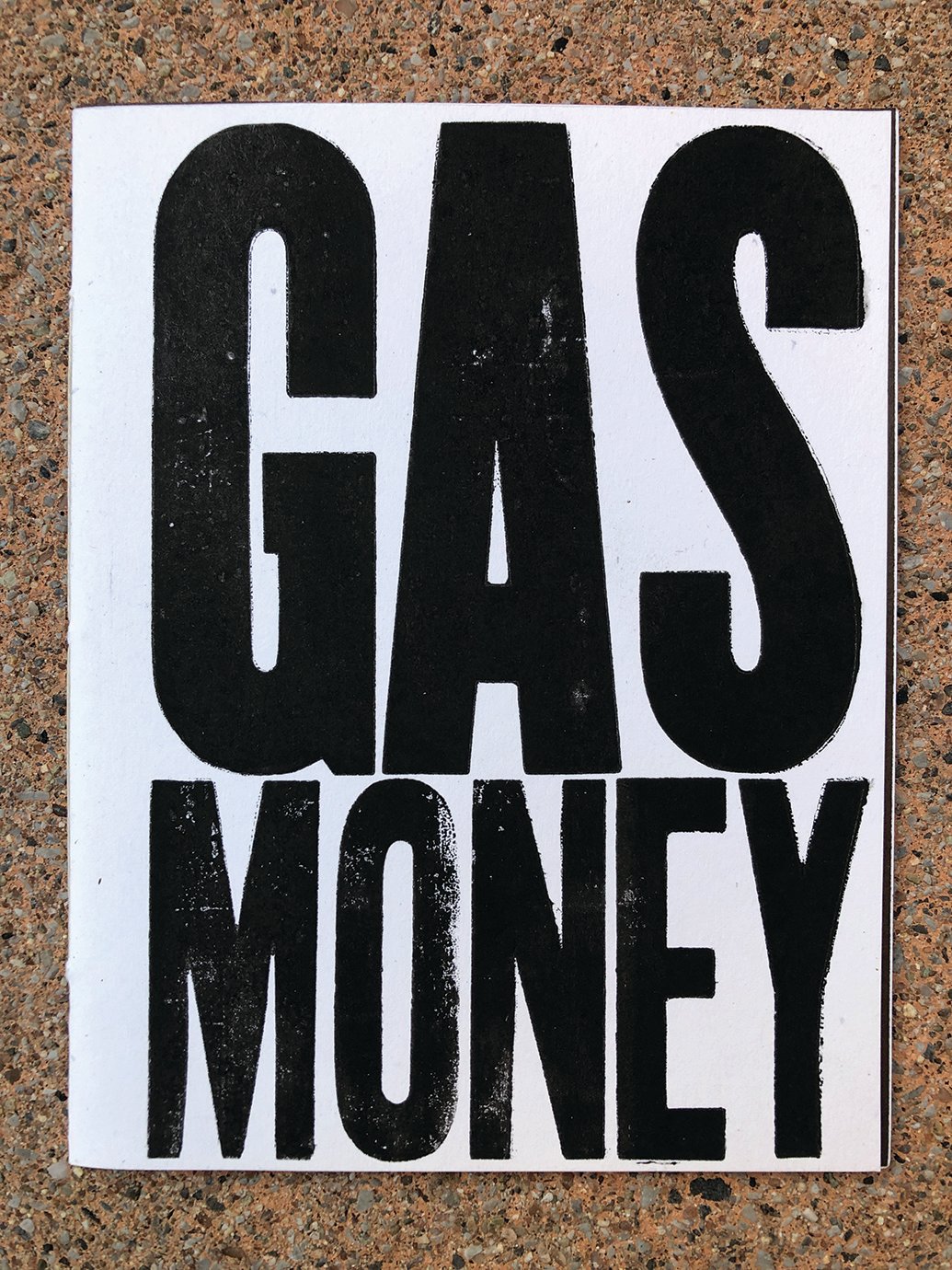 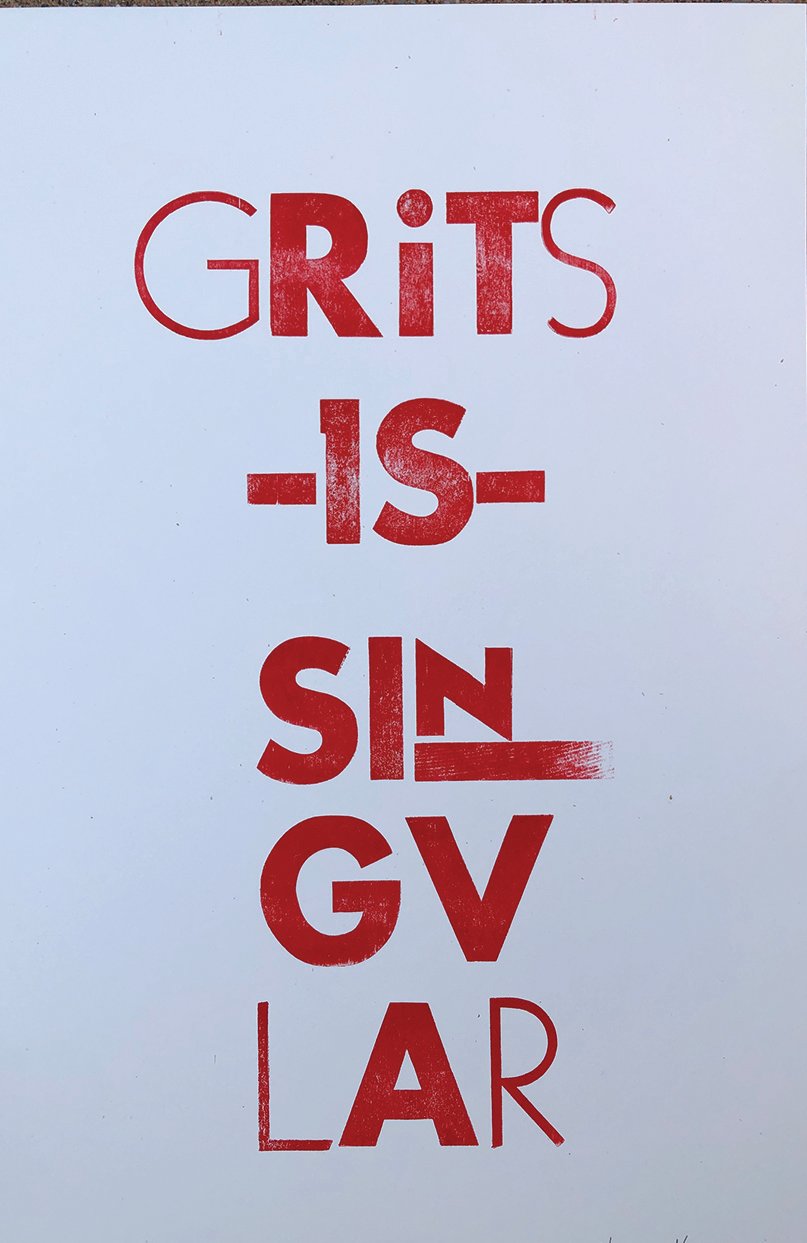 An opening reception for "Gas Money" featuring the artwork of Chris Mattingly will be held Thursday, Nov. 17th, from 5 to 7 p.m. at The Kalmanson Gallery of Emanuel Arts Council. The gallery is located at 109 North Green Street in Swainsboro. The event is free and open to the public.

Chris Mattingly is a poet, bookmaker, and high school teacher based out of Santa Cruz, Calif. He is the author of two full-length collections of poetry, The Catalyst and Scuffletown, as well as over 20 chapbooks, artists' books, and spoken word recordings. He is also the co-founding editor of Ledge Mule Press and ALLA TESTA, two independent presses that specialize in letterpress, hand-stitched, small-run books. Chris is a former resident of Emanuel County and faculty member at East Georgia State College.

As for what the theme of his show is, Mattingly said, “I’m not sure exactly what the theme of the show is. I'm not really a print maker, but I had a letterpress in my basement for two years, so I felt compelled to use it in some way. I think the fact that I'm not a trained letterpress printer or printmaker or bookmaker is evident through the inconsistency of the prints, my apparent lack of care evidenced by my fingerprints, and even the occasional misspelling or misalignment that appears in the pieces. And I hope that is part of the charm, too. That these look like they were made by a person, with real hands, who sort of didn't know what he was doing but improvised a way of doing it anyway.”

Mattingly added, “I don't want to imply that I'm not serious about these prints and books, it's the opposite. I'm just an impulsive maker and I think that comes across in the inconsistency of the prints and books. For example, early in 2020 I was listening to a lot of old Appalachian ballad singers from the coal region of Eastern Kentucky, and after listening I got so inspired that I just wanted to make a print that included their name and a couple words regarding the content of their ballads. So I did. But the prints were too clean, so I went and found some coal near a train track, smashed it up with a hammer, and then wrecked the print by smearing it with coal dust. So music is a big inspiration for the pieces.”

Food also plays an important role. “Family recipes like red beans and rice or dirty rice or cat head biscuits, which is to say that place is an inspiration for the prints, and family too,” he said. "Those themes show up more explicitly in the poetry that shows up in the books. All in all, if I had to describe my art, I'd say it's the product of someone who's passion and desire is greater than the ability or tools he has to make it.”

His advice to any artist is “very working class in its approach — to find a way to make something every day. Even if it's small. Making art is a way of paying attention and responding to the world. It's a way of expressing the inexpressible and getting lost. So, even if you don't know the point or what you're trying to say/make, make it anyway. Improvise, have fun, and don't let anyone or anything take from you the desire to create.” The three artists who have inspired Mattingly are Amos Kennedy Jr. (printmaker); Matt Hart (poet); Rebecca Solnit (essayist). You can find more of Mattingly's artwork on his website thepoetchrismattingly.com