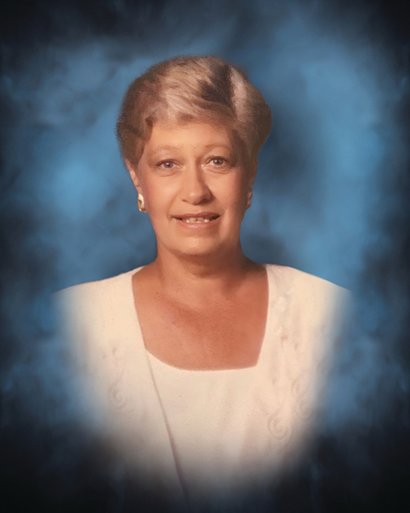 Pup was born August 22, 1937, in Stillmore, to Agie Sutton and Marie Hammock Sutton. She grew up in Stillmore where she and her six siblings had a great life on her parents’ little farm. Pup met the love of her life in Stillmore – a man by the name of Sonny Morgan. She ran Metter High School for many years as the secretary and ordained “disciplinary”. Big Sonny, Phyllis, and Little Sonny were told on many occasions that if it was not for Pup, they would not have completed high school – whether they needed a pat on the back or a swat on the…!!! Her greatest mission in life was her daughter, Penny. Whether it was getting her ready on Friday nights for Metter High School Marching Band as the Drum Major or helping her understand life, she was Penny’s number one advocate. Pup was a great listener to everyone, especially her grandchildren and great-grandchildren. She loved watching the Atlanta Braves. Mrs. Morgan is preceded in death by her parents; husband, Jesse “Big Sonny” Morgan, Jr.; and daughter, Penny Morgan.

In lieu of flowers, memorial contributions may be made to Special Olympics Georgia, 6046 Financial Road, Norcross, GA 30071.