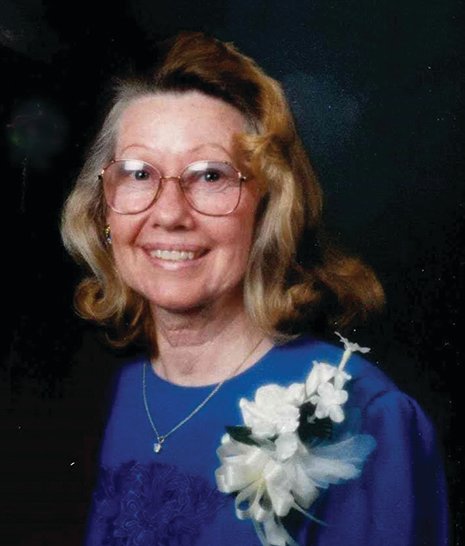 Durden-Hudson Funeral Directors announces the death of Mrs. Lenore Henry Carter, age 92, of Adrian, on Saturday, January 4, 2023, at Fairview Park Hospital in Dublin. Funeral services will be Wednesday, January 18, at 11 a.m. in the Peebles-Curry Memorial Chapel with Pastor Eric Stevens officiating. The family will receive friends Wednesday, January 18, from 10 to 11 a.m. Interment will follow in the Bonaventure Cemetery in Savannah at 2 p.m.

Mrs. Carter was born November 4, 1930, in Adrian, Emanuel County, GA to the late Grady Clifton and Ruby Lee Giles Henry. She was a 1950 graduate of Swainsboro High School and was a telephone operator for Southern Bell (AT&T) in Savannah, where she met her beloved husband, George L. Carter, who was home on leave from San Diego, CA, with the US Navy, through his sister who was also a telephone operator. They married November 4, 1953, in Savannah, and returned to San Diego, CA, where their first child was born. Family was her greatest joy and accomplishment and she enjoyed cooking and feeding them and all who visited her home. Lenore was a wonderful homemaker, loving wife, mother, grandmother, great-grandmother, and worked with Perry’s Auto Auction in the cafeteria from 1978 until its closing. Mrs. Lenore was a long-time member of Bethel Primitive Baptist Church, church clerk for 30 years and the children’s bible study leader. In addition to her parents, Mrs. Carter is preceded in death by her beloved husband; grandson, Jason Stevens; sisters, Marie Hutcheson and Cuba Yvonne Henry; and brother, Larry Allen Henry.