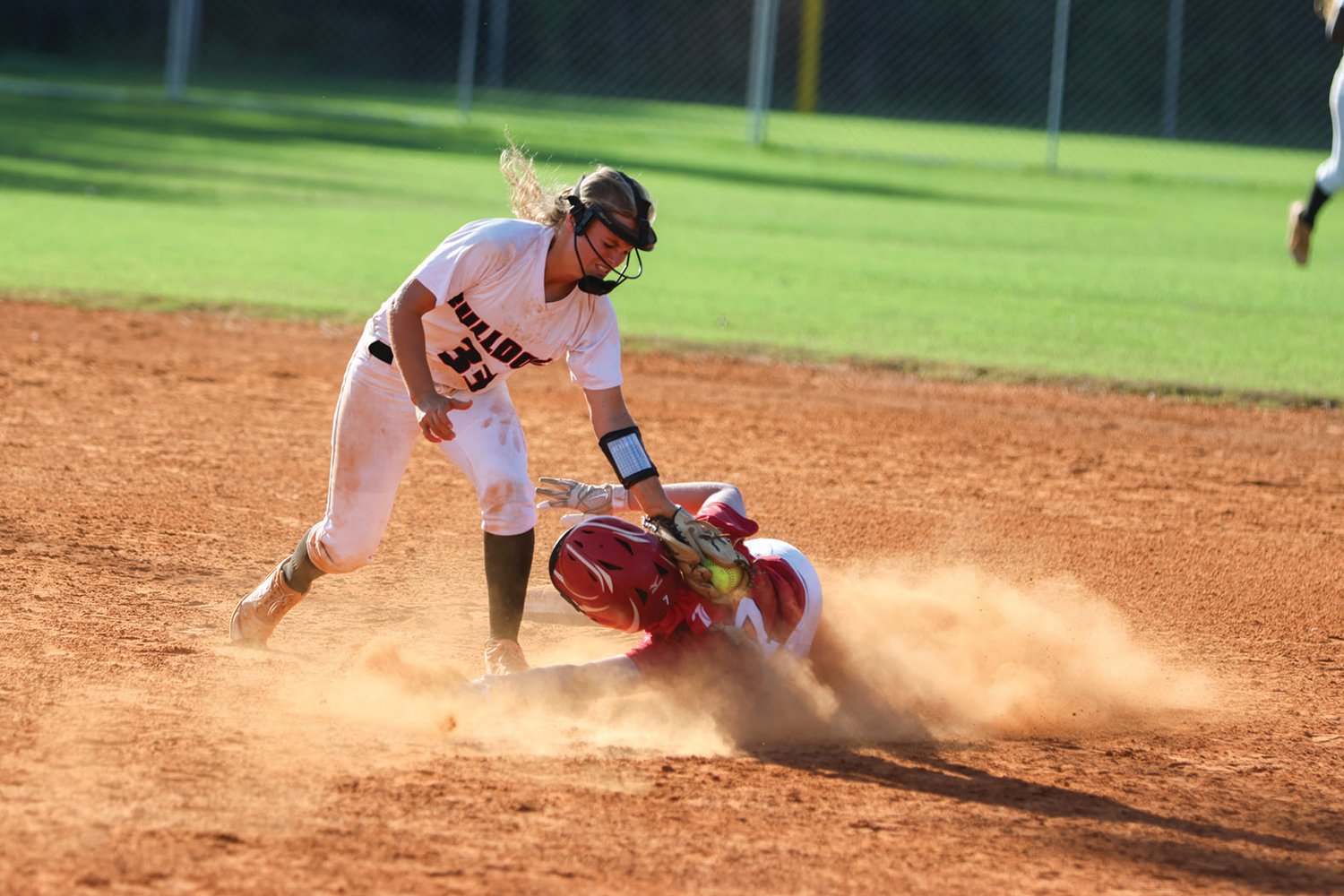 Tuesday, they defeated 3A Harlem 4-1 in the home opener and continued their hot streak in Guyton on Thursday with a 2-1 win over 6A South Effingham.

It was a pitcher’s duel against the Harlem Bulldogs as both teams combined for just 7 hits, 3 for ECI and 4 for Harlem.

Harlem put the first run on the board in the fourth inning on 3 hits to take a 1-0 lead.

The Bulldogs fought back in the top of the fifth inning. ECI loaded the bases and drew the first run on a walk with the second on a wild pitch. Shayla Stephenson scored 2 more on her 2 out single as the Bulldogs took a 4-1 lead.

The game was called by Harlem with one out in the top of the sixth due to a lengthy lightning delay.

Stephenson, Ally Taylor and Kayanna Thompson had the only hits for ECI with one hit each.

Charla Clifton stood in the circle for ECI giving up 4 hits while striking out 4 in her 6 innings of work.

Thursday the team traveled to Guyton to take on South Effingham, defeating the Mustangs 2-1.

The score would indicate another pitcher’s duel, but the Lady Dawgs out-hit the Mustangs 11-4. The Bulldogs couldn’t get those timely hits leaving 10 runners on in scoring position.

ECI scored their first run in the top of the first inning. Charla Clifton, on after a 2 out double, put the first run on the board on a single by Shayla Stephenson.

Playing small ball, the Bulldogs added one more run in the top of the third inning. Jayna Kearson on after a leadoff error, scored after a Clifton sac, a Stephenson single, and one more sac bunt by Ally Taylor for a 2-0 Bulldog lead.

Stephenson led the hit parade with 3 hits, with Kearson, Lily Robertson and Sullee Boddiford getting 2 hits each. Clifton and Kelsey Harper collected 1 hit.

Clifton went the distance for ECI allowing just 4 hits, striking out 7 Mustangs, giving up one run in the bottom of the seventh inning.

The Bulldogs played Appling Co. Tuesday, (yesterday) at home. Results will be in next week’s edition of The Forest Blade.

They will be in Cordele Friday playing in the Crisp County Watermelon Invitational.