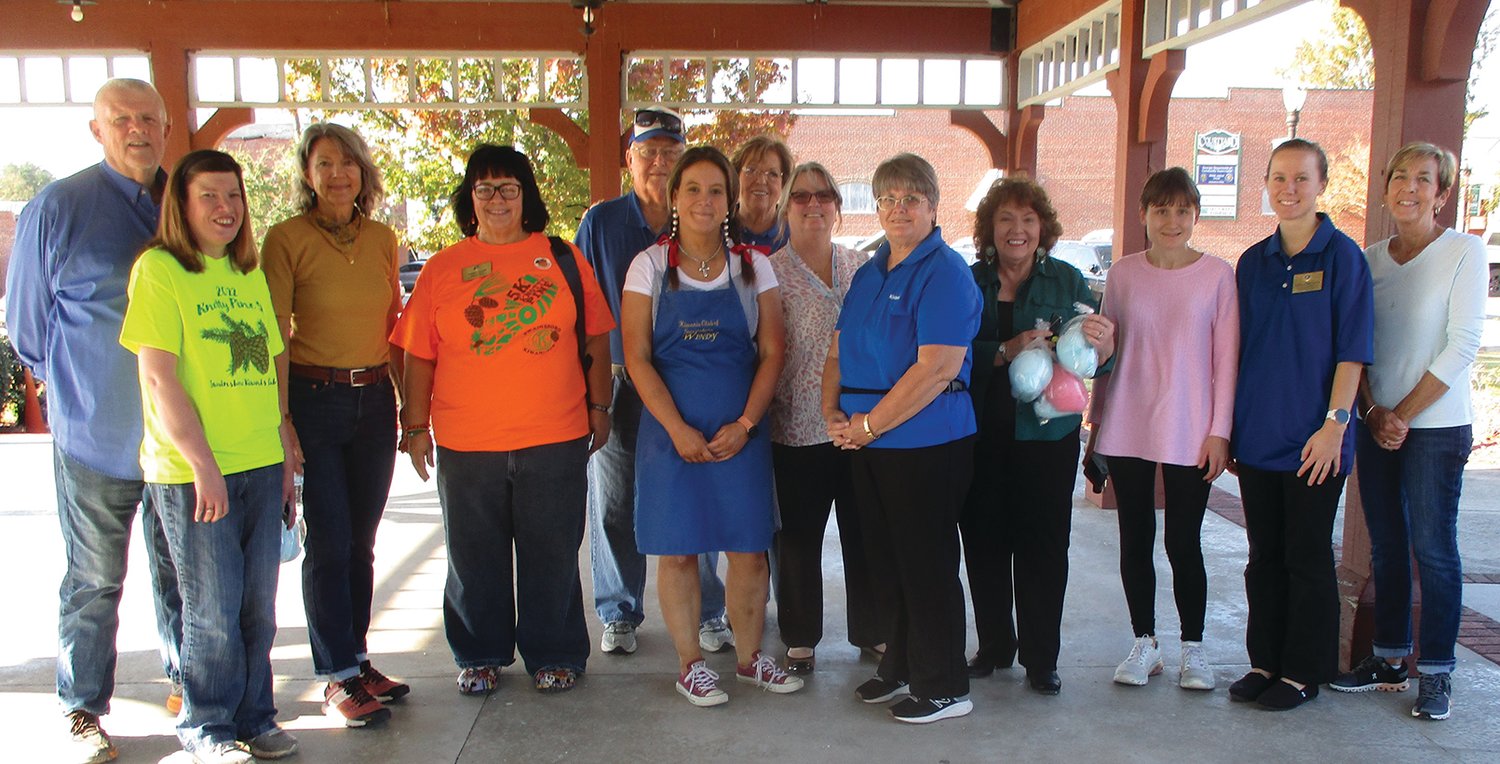 The Kiwanis Club of Swainsboro arrived at 1:30 p.m., on Tuesday, October 25, 2022, at the Boneyard to prepare cotton candy and popcorn for Swainsboro's Fall Festival on the Square from 5 to 7 p.m. There were 14 members in attendance for the Kiwanis Club's OctoberFest project to help make the over 400 bags of cotton candy and over 400 bags of popcorn to pass out at the Square. Those attending were Dess Smith III, Mary Ellen Smith, Sondra Fortner, Tammy Allen, Travis Garrett, Windy Ward, Petite Garrett, Chair Dianna Wedincamp, Wanda Ellis, Cheryl Goodman, Karolina Cerpovicz, Anita Cerpovicz, Cindy Ware, Tim Goodman, Cassie McIntyre, Paul Cerpovicz and Jane Durden. This event was organized originally by the late Chip Durden around 2006 as the Kiwanis Club's OctoberFest on the Boneyard. The Kiwanis Club served hundreds and hundreds of Swainsboro's youths with cotton Candy, popcorn, apples, candy and Coca Cola. In 2011, President Jason Johnson linked up with the city’s Lynn Brinson to create the "Fall Festival". This year for the first time the Fall Festival moved to the Square in downtown Swainsboro. This makes its 17th year and it's still going strong. Thanks Chip!"