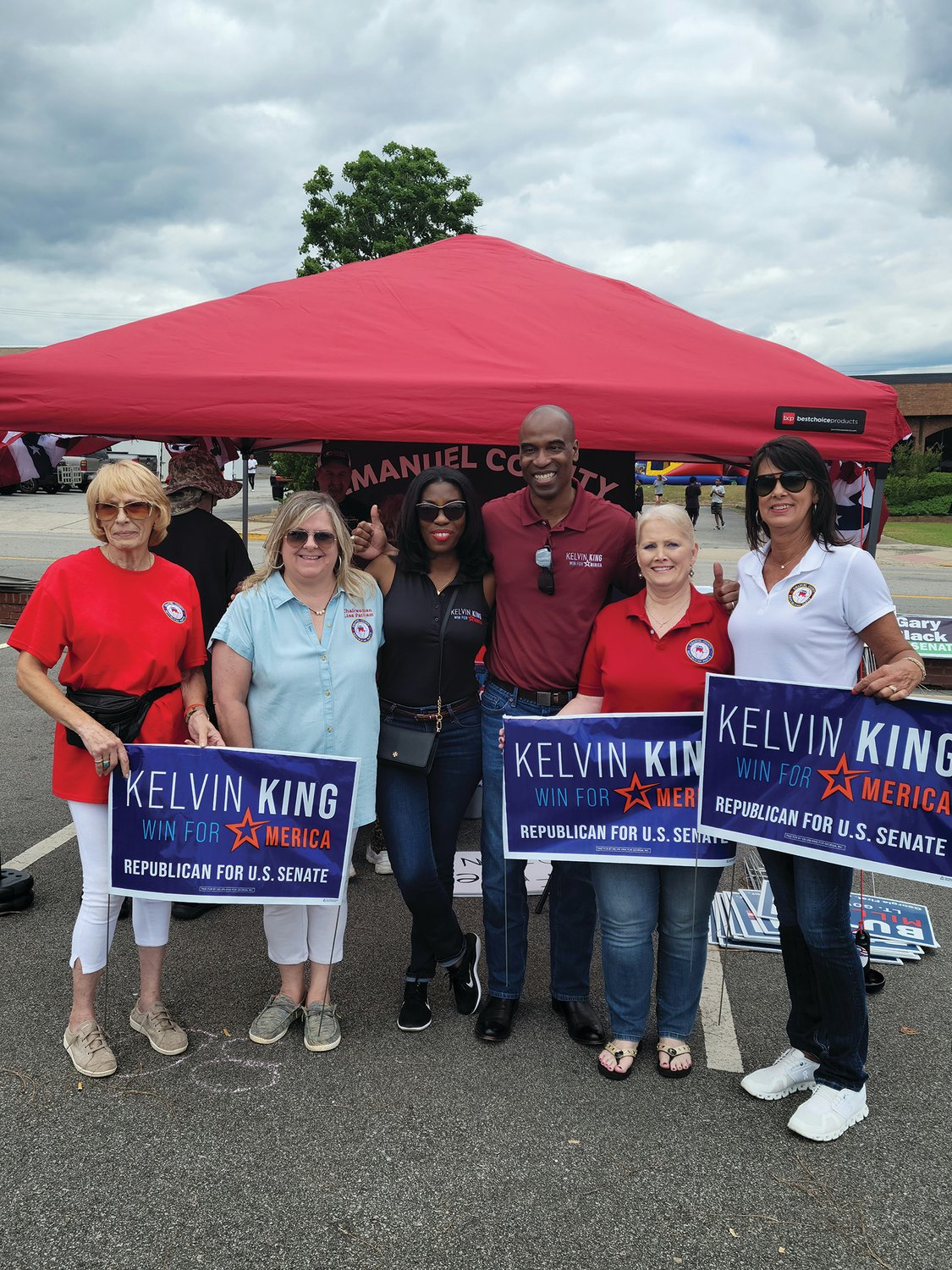 The Emanuel County Republican Party enjoyed The 75th Pine Tree Festival Saturday! Many people visited their Red Republican Tent to get Republican Candidate literature and yard signs for the upcoming primary election. Candidate for US Senate Kelvin King, accompanied by his wife, Janelle,  was their special guest at their tent, and spoke with many people dropping by.