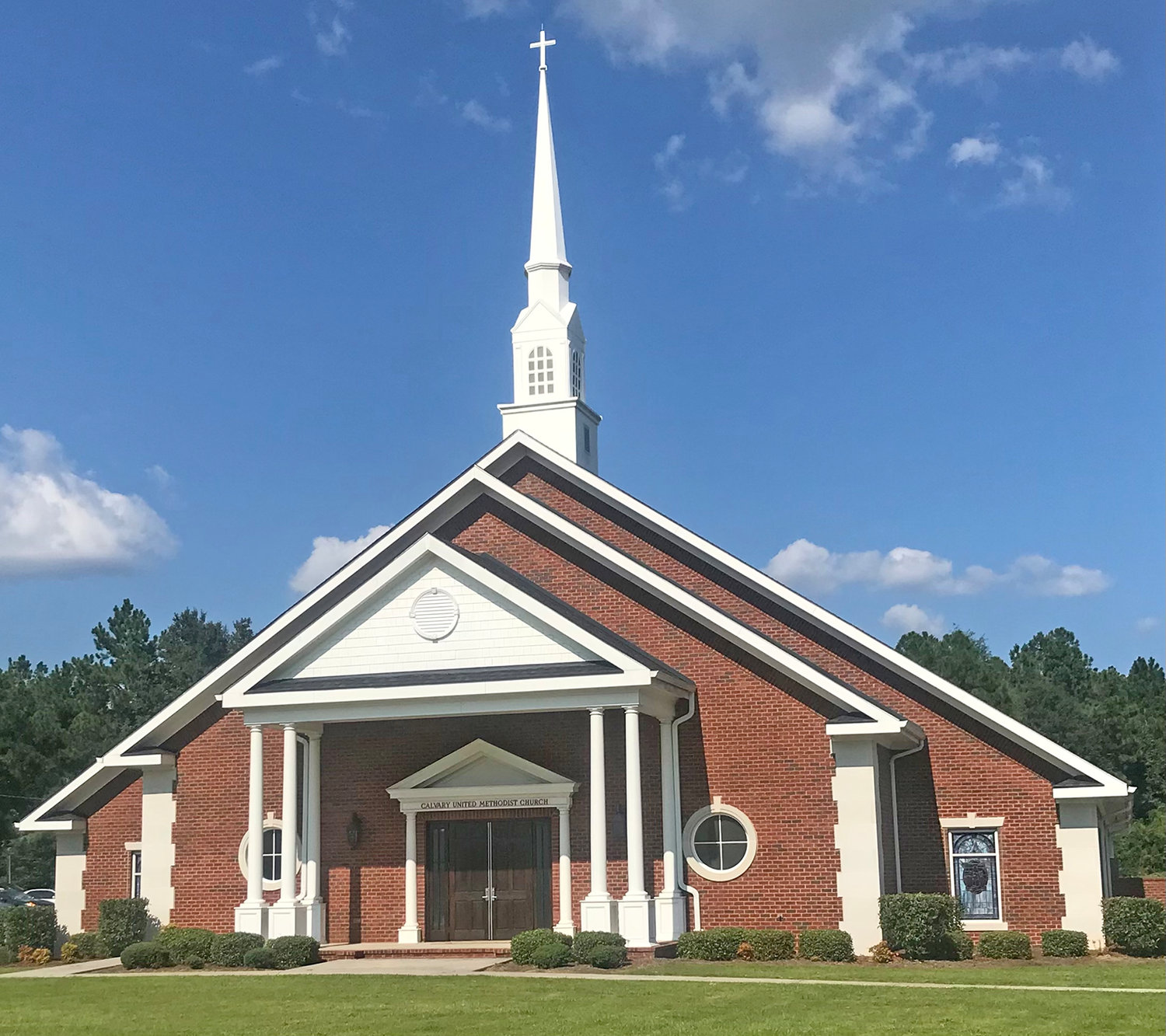 Plans have been completed for Homecoming at Calvary United Methodist Church in Swainsboro to be held Sunday, October 9, 2022. The worship service will begin at 11:00 a.m. and will celebrate the sixty-eight years of the existence of Calvary in our community.

What had only been an idea in the early 1950’s came full circle when Calvary Methodist Church held its first service on July 25, 1954, at the 4-H Clubhouse. On August 19, 1956, ground was broken on a permanent home for Calvary. After much prayer, planning, and hard work, the Calvary congregation worshipped in the completed building on December 2, 1956.

Sadly, in the early morning hours of September 29, 2011, the church building was destroyed by a fire, later ruled arson. Broken but not defeated, Calvary members immediately began plans for rebuilding. God poured out blessing upon blessing as financial gifts from far and wide and insurance money was received. On December 16, 2012, the first service was held in a beautiful, debt-free building. In the years since the completion of its present facility, Calvary United Methodist Church has continued to be a beacon of service and love in this community and beyond.

The planned Homecoming Service will celebrate the rich heritage of Calvary. Rev. Nick Hazelton will be the featured Homecoming Speaker. From 2006-2015, Rev. Hazelton served as the pastor at Calvary. Special music has been planned and a nursery will be provided.

The Service will be followed by a covered dish lunch in the Fellowship Hall. Meats will be provided and those attending are asked to bring a favorite side dish.

Rev. Tom Tidwell, Calvary United Methodist Church pastor, stated, “We are expecting a wonderful day of worship, thanksgiving, reminiscing, and fellowship. You are invited to attend and be a part of Homecoming at Calvary.”