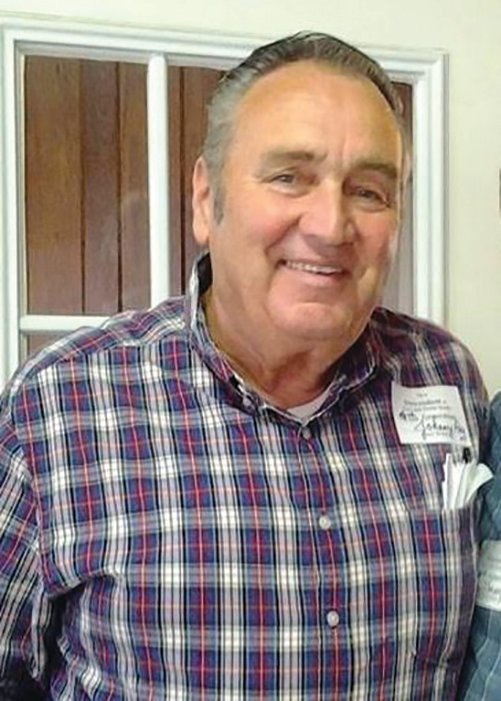 Mr. Johnny Roy Scott, age 72, beloved husband of the late June Beasley Scott of the Beasley Hill Community, joined her on Wednesday evening, August 24, 2022, while a patient at Fairview Park Hospital in Dublin. Funeral services were conducted at 12 p.m. Saturday, August 27, in the Williams Chapel of Sammons Funeral Home with Reverend Allen Green and Pastor Josh Woods officiating. Mr. Johnny Roy was laid to rest beside his wife in the Beasley Family Cemetery on Corsey Grove Way in Soperton. His family received friends on Saturday, August 28, at the funeral home from 11 a.m. until the hour of service. Following the service, a meal was provided at Hebron Holiness Church.

Born in Wayne County, Screven, Georgia, he was the eldest of five children born to the late James Roy Scott and Zelma Ree Beasley Scott. He was a lifelong resident of Treutlen County, where he attended Soperton High School and was a member of the football team. In September of 1967, he married childhood friend, Dorothy June Beasley and they began a fifty-three-year journey of love and commitment to each other and to their Lord. Mr. Johnny Roy was a man of many talents and skill sets. He worked as a Carpenter and Cabinet Maker, a Mechanic with Royal Sullivan in Tarrytown, served as the Transportation Coordinator for the Heart of Georgia Community Action Agency in Dublin as well as time spent with Zeigler Paint in Dublin. He was a lifelong musician; picking up his first instrument at the age of eight years old. He played the bass, fiddle, banjo and rhythm guitar. He and Sister June played and sang gospel music for many years, not only at their home church but also other church home comings and special church events; as well as being regular invitees at the, Saturday night, Coastal Georgia Oprey in Woodbine, Georgia.

Throughout their over fifty-three years together, they had been affiliated with several local fellowships to include the Four Square Pentecostal Holiness Church, Harvest Time Church at Beasley Hill Place, Soperton Holiness Church, Holy Church of God in Soperton and the Hebron Holiness Church, on Hwy 15, for the past twelve years. He was not ashamed of his faith and was quick to share his belief in God and the power of prayer. In his earlier years Mr. Johnny Roy had been an avid coon hunter.

Sammons Funeral Home was in charge of arrangements.