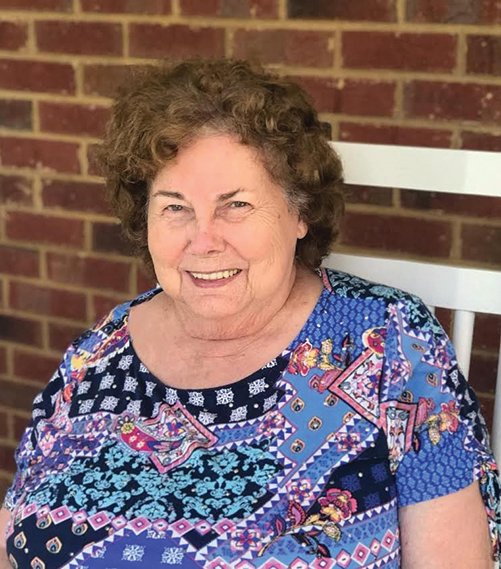 Durden-Hudson Funeral Directors announces the death of Mrs. JoAnn Armstrong Holder Cannon, age 86, of Swainsboro, on Wednesday, June 15, 2022, at the Emanuel Medical Center Nursing Home surrounded by her loving family. Funeral services were held Saturday, June 18, at 11 a.m. in the Peebles-Curry Memorial Chapel with Rev. Joe Bedgood officiating. Interment followed in the Eastbrook Cemetery. The family received friends Saturday, June 18, at the funeral home one hour prior to the service from 10 to 11 a.m.

Mrs. Cannon, affectionately known as “JoJo” to all she loved and who loved her, was born February 26, 1936, in Swainsboro, to the late Curtis J. and Gladys Giles Armstrong. She was a true homemaker; loved keeping children in her home while raising her own, the more the merrier it seemed. “JoJo” was employed by Keller Ladders for 27 years and was your friendly Wal-Mart greeter until she was no longer able to work. Her greatest joy was her family, “JoJo” loved; she loved big, and forever. When she took you into her family, she made you feel loved like no other or you were the favorite. Whether it was cooking everyone’s favorite dish, making sure there were always your favorite snacks, or “baby what can I get you” to her beloved grandchildren on weekend sleepovers. “JoJo” was a loving daughter, wife, mother, grandmother, great-grandmother, aunt and friend to so many. She was a perfect example of love and inspiration to all who knew her. “JoJo” was of the Baptist faith. Mrs. Cannon is preceded in death by her parents; husband and father of her children, William Richard Holder; husband, James William Cannon; sister, Hazel Armstrong Douglas; brother, Curtis K. Armstrong; daughter-in-law, Barbara Curl Holder; step-mother, Gladys Bedgood Armstrong; step son-in-law, Scotty Hudson; step-brothers, Billy Wayne Bedgood and Don Bedgood; and step-granddaughter, Haleigh Hudson.

Should friends desire, memorial contributions may be made, in her memory to assist children in need to The Sunshine House, 328 W. Main St., Swainsboro, GA, 30401.