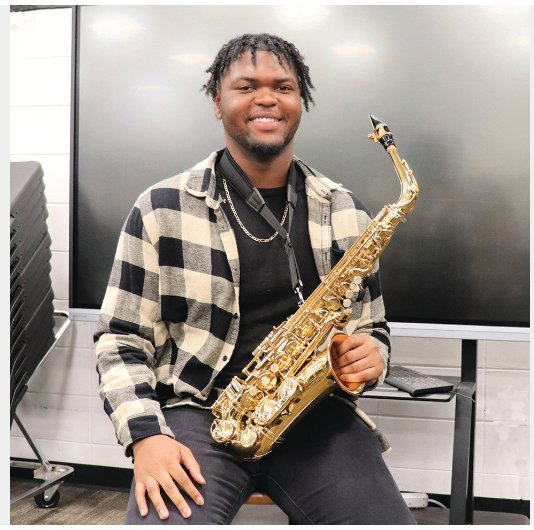 Jayson Brown has been selected as the number one Alto Saxophone player in the state of Georgia. The process to achieve this status began with two very rigorous auditions at both the district and state levels. Various band directors judged these auditions from across the state. They were comprised of two etudes (practice material designed for perfecting a musical skill), one lyrical, one technical, all twelve major scales (which had to be memorized) and reading a piece of music by sight that he had never seen before. With the sight-reading, he had 30 seconds to study it and then play it for a panel of judges who scored him based on all the musical elements within the piece.

Thousands of students from across the state audition each year for All-State bands. To be selected for any chair (position in a section) is one of the highest honors a band student can achieve at the high school level. However, to be selected as the first chair on his instrument is an even higher honor and accomplishment. SHS Band Director Lindy Sikes says, “To say I am proud of Jayson is an understatement. First-chair members often come from Atlanta area magnet or fine arts schools. He has certainly made a name for himself and the Swainsboro band program.”

Jayson will perform with Colonel Don Schofield, commander and conductor of the United States Air Force Band, Washington, D.C., on Saturday, March 4, at the Classic Center in Athens. He has been playing the saxophone since sixth grade and is now a senior in the class of 2023. He plans to pursue a career in music education.