Remains presumed to be Hightower’s found a year later 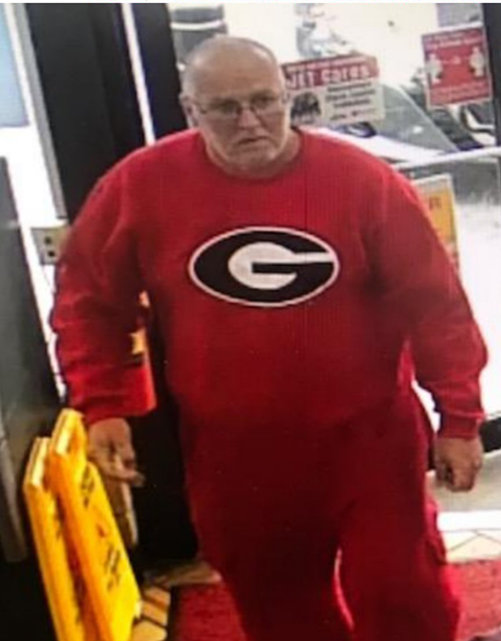 After 363 days, the family of Don Hightower is closer now to closure than they have been since their loved one first went missing.

For the first time in 12 months, the case had a solid lead and break on Friday, October 28, when a local outdoorsman hunting in what Johnson County Sheriff Greg Rowland calls an “off-grid” part of Laurens County spotted something unusual.

“A local deer hunter was hunting in his stand,” Sheriff Rowland said. “He kept seeing a reflection. He got out and walked the woods, and he saw the reflection was coming from a vehicle.”

The vehicle matched the description of the one included in the missing person’s report filed almost a year to the day before.

He was wearing red sweatpants and a red UGA sweatshirt at the time of his disappearance.

To make matters more complicating, law enforcement believed Hightower had a medical condition that may have resulted in confusion and difficulty communicating.

Up until late last week, local and state law enforcement had little to go on (and nothing of substance) to provide answers for Hightower’s family—despite their best efforts.

Authorities worked the case as best they could.

Sheriff Rowland’s office chased down every early lead they had. As tips came in, they followed up.

At one point, the sheriff’s office believed Hightower’s disappearance may have been criminal. Sheriff Rowland says his office interviewed several people (whose names he did not disclose, given the latest in the case) throughout the course of the investigation, but there was not sufficient evidence to warrant any arrests.

Of course, given this weekend’s events, all of those searches yielded nothing.

In fact, the canvassed locations Sheriff Rowland mentions were nowhere near the site off Highway 319 where Hightower’s car and his presumed remains were actually discovered.

“We didn’t search this part of Laurens County to begin with because we didn’t think Don would’ve been in this particular area,” Sheriff Rowland said, referring to the area where the remains were discovered.

Looking back, Hightower’s disappearance with zero leads of merit eventually garnered national attention. His family put up a $10,000 reward in December, then doubled it to $20,000 by March of this year—all to no avail.

That’s why Friday’s discovery was such a shock.

“It was unexpected for sure,” Sheriff Rowland said. He continued, saying the wooded area off Highway 319 had not been previously searched. “It was totally off-grid.”

In addition, the sheriff says the hunter had been scouting the area for game all week and Friday was the first time he saw the car.

Upon doing so, the hunter immediately hunter called in the find.

When they arrived and realized the vehicle could be tied to the case, Laurens County officials looped in Sheriff Rowland’s office, which, in turn, looped in the GBI (who has also been involved in the case for months).

The three agencies confirmed the vehicle did, in fact, belong to Hightower.

“When we got there, the vehicle was covered in overgrowth. For that reason, we believe it has been there for a long time,” Sheriff Rowland explained. Ultimately, the license plate helped connect the dots. “We were able to match [it] to the one on the missing person’s report.”

That constituted yet another extensive, on-the-ground grid search, which began at daybreak on Saturday.

This time, the pattern of no-yield changed.

By 10 a.m., law enforcement had located human remains about 250 yards from the vehicle.

“We found some clothing that matched what he was last seen in. That and the car are what we’re going on when we say we believe these are the remains of Don Hightower,” Sheriff Rowland said.

Those remains have since been sent to the GBI Crime Lab for official identification.

For now, Sheriff Rowland and Hightower’s family alike believe they belong to the man a community has been holding out hope for.

“We’re waiting for positive ID, but we’re pretty certain it’s him,” Sheriff Rowland said. “I think the family is glad to get closure. It’s not the outcome any of us wanted, but we’re proud to give them a little bit of closure.”

For clarity, The Forest-Blade inquired of Sheriff Rowland whether or not any foul play is suspected.

He deferred to the GBI’s Eastman field office.

Thus, The Forest-Blade contacted the GBI for an answer to that question. This same

On Sunday afternoon, Hightower’s family posted an update on Facebook.

It reads in part, “all evidence points toward the fact that Don suffered a medical emergency the night he went missing and passed away that night.”

The Forest-Blade reached out to the family Monday afternoon for comment. Specifically, this publication aimed to provide context on who Hightower was as a person—not just a missing man.

As of press time, no response has been received. Should Hightower’s family respond at a later date, The Forest-Blade will update this story accordingly.

In the meantime, his family describes him on Facebook as a “father, grandfather, brother, and friend.”

He graduated from Adrian High School and later served his country in the military.

Johnson County Sheriff’s Office describes him as “one of the friendliest persons” in the small community.

The Hightower Family also took to Facebook, thanking the various law enforcement agencies—JCSO, LCSO, fire and rescue teams from both Johnson and Laurens counties, Scott Volunteer Fire Department, and the GBI—for their hard work throughout the last year.

The family also extended its gratitude to local community as well as the masses far and wide who have followed this case from the beginning.

To date, a memorial has not been planned for Hightower.

That is expected to happen once the GBI completes the identification process.

Look for The Forest-Blade to continue to follow this story and bring you updates in the future.

In the meantime, the family is using Don’s personal Facebook profile (https://www.facebook.com/don.hightower.7) to communicate with the public. No friend requests are necessary; the status updates are set to public.