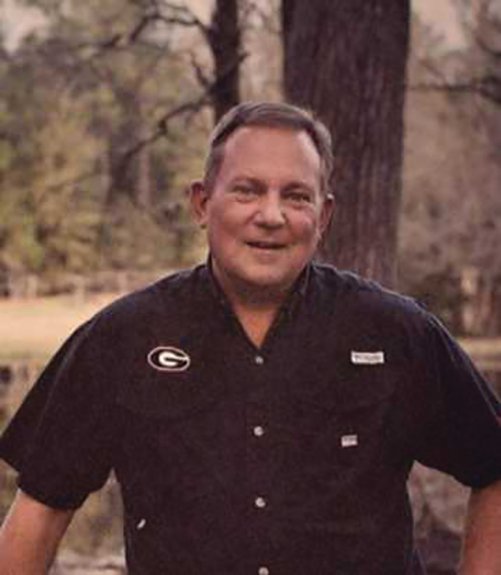 Isaac Jefferson Mulling, 63, passed away unexpectedly on June 16, 2022. Graveside services were held at 11:30 a.m. Monday, June 20, at the Midville City Cemetery with Rev. Randy Carnley officiating. Jeff was born in El Paso, Texas on February 15, 1959. He grew up in Midville and was very proud to call it his hometown, serving as mayor for a number of years. Jeff was a 1977 graduate of Swainsboro High School and a 1982 graduate of the University of Georgia. After graduation, Jeff followed in his grandfather’s footsteps, Sam J. Overstreet, and entered the banking business, where he spent the majority of his career, including stops as the VP of the Bank of Midville, Ameribank in Rincon, and the First National Bank in Savannah. Jeff was a devoted son, father, brother, and friend. He was a lifelong bulldog fan, a duck hunter, and an amateur chef. Jeff liked nothing more than cooking for his friends and family at his beloved cabin and watching the Dawgs play. Mr. Mulling is preceded in death by his father, John Isaac Mulling; and grandmother, Johnnie Bell Mulling.

In lieu of flowers, Jeff requests a donation to the Midville United Methodist Church in memory of his father, John Isaac Mulling and his grandmother, Johnnie Bell Mulling.

DeLoach-McKerley-Prescott Funeral Home & Cremation Service in Waynesboro was in charge of arrangements.