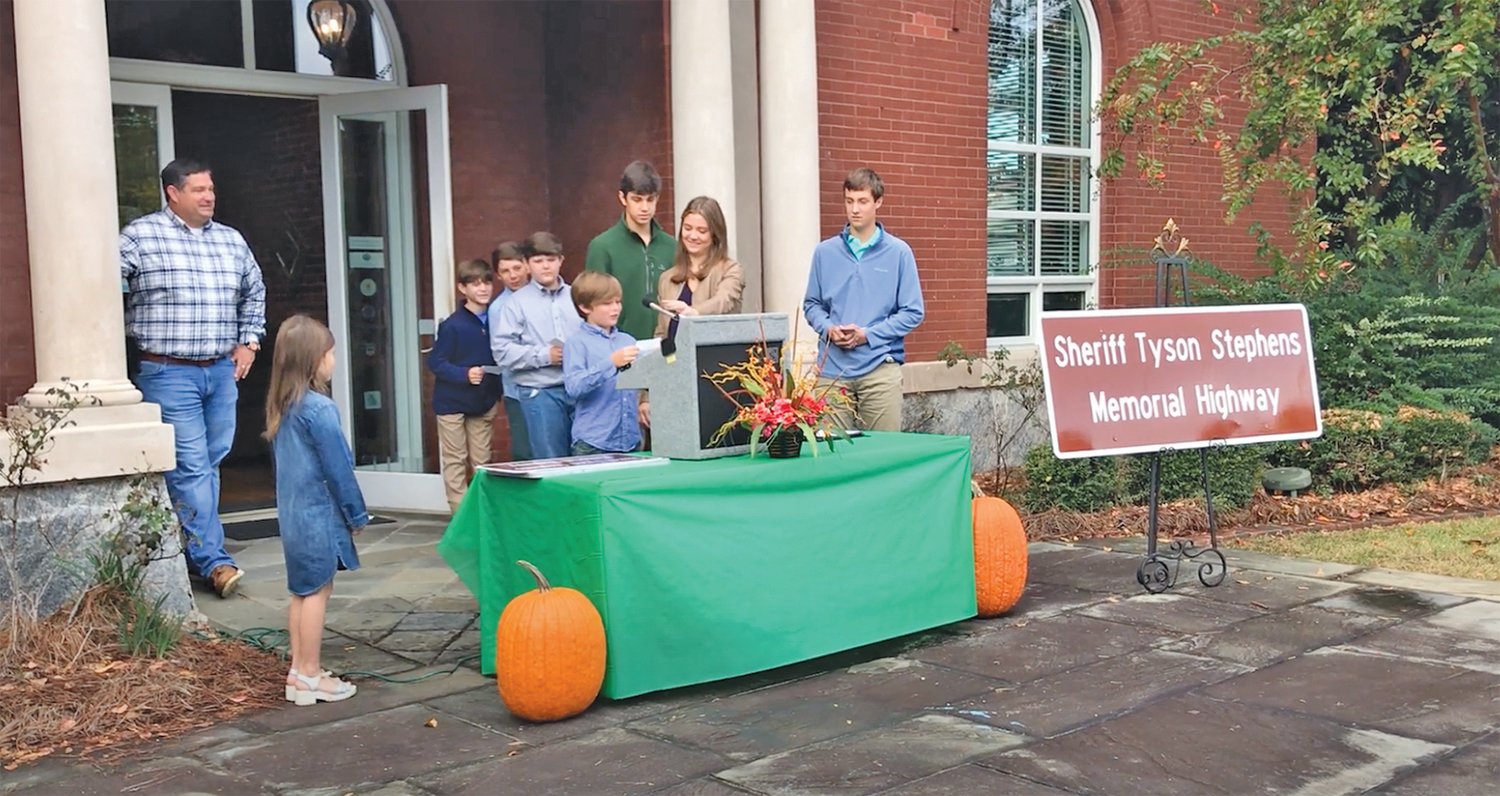 A memorial highway dedication ceremony honoring the late J. Tyson Stephens, former Sheriff of Emanuel County, was held last week on Wednesday, October 26, at the Downtown Square in Swainsboro. The event included a tribute dedication of a segment of U.S. Highway 80 East from the eastern city limits of Swainsboro to the western city limits of Twin City being named in the former Sheriff’s honor. Signs identifying the memorial highway are to be erected at each end of the designated segment of highway.

Words of recognition on behalf of Sheriff Stephens’ legacy were heard from the Honorable Representative Larry J. Butch Parrish, sponsor of the legislation to create the memorial, the Honorable Senator Max Burns, Ken Warnock, Chamber of Commerce and Joint Development Authority Director, and District D.O.T. Representative Greg Morris. Chief Deputy Nick Robertson of the Emanuel County Sheriffs Office gave a moving tribute to the late Sheriff on behalf of the

men and women in the Department prior to the unveiling of the "Sheriff J. Tyson Stephens Memorial Highway" sign displayed beside the podium. Stephens' son Josh spoke with appreciation and gratitude to everyone on behalf of the family. Concluding the ceremony, the eight Stephens' grandchildren each took the podium to share "Papa's Rules",a code of living that the family strives to uphold everyday in honor of their grandfather.

View featured footage of the event online at https://youtu.be/VV1X2uT0rms.

J. Tyson Stephens served with honor and distinction as the sheriff of Emanuel County from January 1, 1985, to December 31, 2020. A lifelong resident of Emanuel County, Sheriff Stephens had previously served as a county commissioner prior to becoming Sheriff in 1985.