‘Grief does not change you; it reveals you.’ 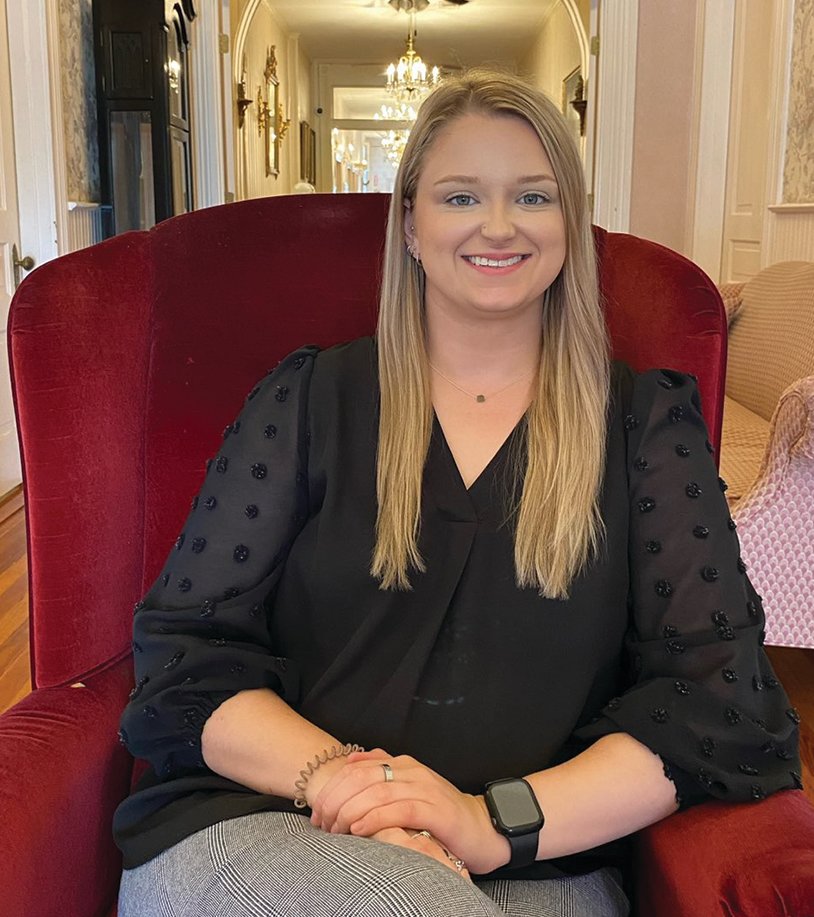 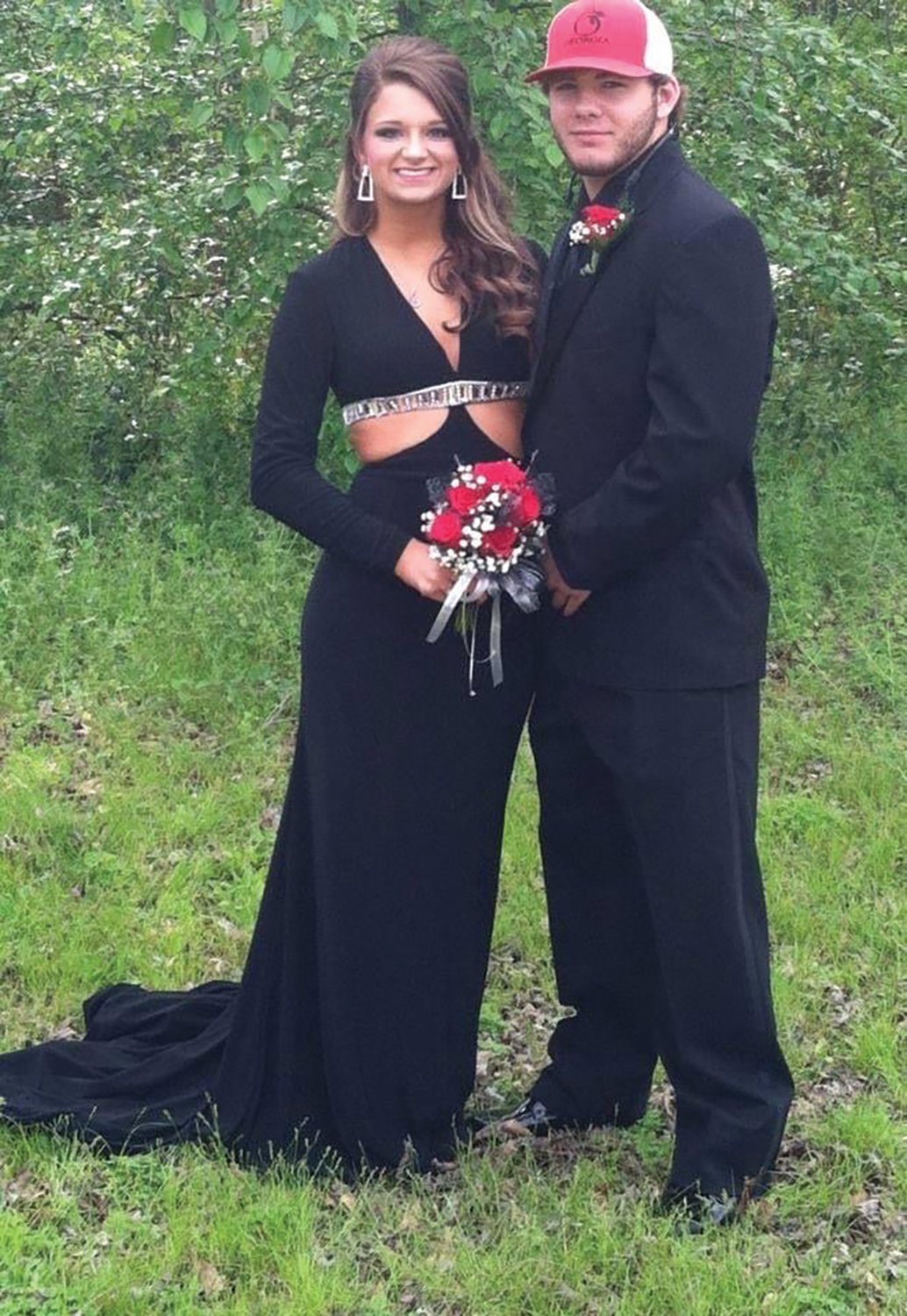 We've all heard "we are born to do something" but sometimes we have trouble finding our paths.

Some people know which road to follow before ever considering another, some grow up following in the footsteps of those who inspired them, some just work to get by, and others never truly know who they’re meant to be until a glimmer of purpose sparks within them, inclining them to use their unimaginable strength and empathy to be a light in the shadowed corners of those who need it most. As Gandhi said, “The best way to find yourself is to lose yourself in the service of others,” and for Hannah Brown, being a pillar of support for people who are experiencing the most heartbreaking season of their lives is who she has dedicated herself to be, as she recently completed all of the required curriculum and licensure to become Emanuel County’s latest, Licensed Funeral Director and Embalmer.

“I liked the thought of helping people,” Brown said with a soft smile.

But her ambition was driven with a deeper purpose. It was early in 2017, and Brown was living in Statesboro, where she was taking a break from college and on a journey of self-discovery. In the midst of finding herself, she received a devastating call that changed everything, who she was and who she was going to be. During the noon hours of February 4, Brown answered her phone to hear the same harrowing news that was beginning to shake our community: ‘You need to come home right now. Mikey was in a car accident and didn’t make it.’

“My body went numb, my breath was shaky, and my ears were ringing. It was like a bad dream that I knew would never end,” She uttered through tight shut eyes as she took a deep breath.

21-year-old Michael “Mikey” Walker was the first love and boyfriend of Brown. He had a charismatic personality that couldn’t be replicated and always shared advice or offered a listening ear when it was needed. He was a linebacker for the Bulldogs before graduating with the ECI class of 2015, and he had more friends than one could count on their hands alone. When Brown was notified of the tragic news, she immediately came home to be by his family’s side as they gathered to remember him. Because of her unyielding support and love for the family, Walker's mother, Beth Love, his stepfather, Andy Love, and his younger sister, Olivia Boatright, asked Brown if she would accompany them at the funeral home.

“I went to Chapman Funeral Home with his family, just to help provide them with some comfort and support. It was the hardest time of my life but it was more so the hardest time of their lives, and it was at that moment that I realized what I was meant to do,” she explained as she reminisced on that heart-rending day.

She began attending college at Ogeechee Technical College in 2017, not long after Mikey’s untimely passing. After two dedicated years of pursuing her degree, she graduated in December of 2019 and began working with the same directors who inspired her years earlier, Chapman Funeral Home. As she continued to dedicate her time in the field, she also furthered her education, working non-stop until she received everything that was needed to earn the title she deserved.

“I went to Ogeechee Technical College, and it was difficult the majority of the time but the instructors were always very positive and helpful in any way we needed them. I feel so relieved that I’m finished and can just enjoy my career but I couldn’t have done it without my incredible support system,” she said before sharing who they are, “my parents Buck and Dorothy Brown, my brother, Will Brown, my Nana, Nancy Brown, my Mimi, Sue Fortner, my good friends, Hannah Gray, MaKinsey Pierson, Landon Kennedy, and Sara Sutton, the Chapmans, who believed in me, encouraged me along the way and gave me this opportunity, and Mikey, whose death changed my life in ways that I will never be able to put into words but always inspired me to be the best version of myself.”

When you lose someone, it’s hard to imagine how anyone else could ever comprehend that type of pain, because when you lose someone, you lose their humor, their smile, and what made them who they were amongst the rest of the world. While no one can compare one grieving heart to another, sometimes you meet someone like Brown who can understand the depth of the many emotions a family goes through when they grieve, and who strives to bring them as much peace as possible when it’s time to say goodbye.

“I knew for sure that this was the field for me when I realized that I would leave work every day and feel fulfilled. Its the personal satisfaction that I've done what I was always meant to do that assures me that this is my calling.”

There’s a famous novel titled The Fault in Our Stars and a line that says, ‘Grief does not change you; it reveals you.’ Brown is like the moon in this way, brightening others in their darkest hour because it was her darkest hour that revealed the path to her destiny.