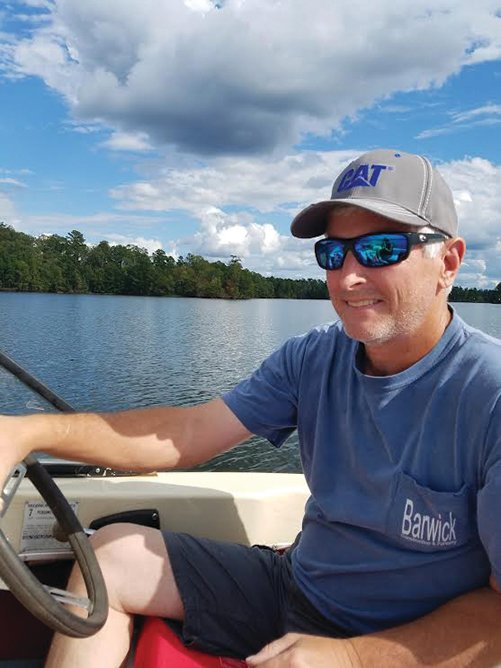 Durden-Hudson Funeral Directors, announces the death of Mr. Gregory Elliott “Greg” Barwick, age 58, of Adrian, on Saturday, August 13, 2022, at Ogeechee Hospice in Statesboro. Funeral services were held Tuesday, August 16, at 11 a.m. in the Swainsboro First United Methodist Church with Rev. David Oliver and Rev. Casey Shaw officiating. Interment will follow in the Watson-Odomville Cemetery in Adrian. The family received friends on Tuesday one hour prior to the service from 10 to 11 a.m. at the Church.

Masks were required for the visitation and service, at the request of the family, thank you for honoring their wishes.

Mr. Barwick, “Greg” was born November 26, 1963, in Dublin, Laurens County, and was a lifelong resident of Adrian. He was a 1981 graduate of Adrian High School, and received his Foresters Degree from Waycross Ware Tech. “Greg” was a licensed forester and owner of Barwick Construction and Forestry LLC. He enjoyed hunting turkey, pheasant, duck, quail and deer; fishing for red fin pike and for the past 25 years organized his annual dove shoot for friends, neighbors and clients. “Greg” loved restoring old cars, dozers or any kind of equipment really; and was known to stop at every antique market he passed collecting old tools and things. He was a member of Swainsboro First Baptist Church. Mr. Barwick is preceded in death by his sister, Debra Sue Barwick.

Should friends desire, memorial contributions may be made to Gideons International, P O Box 365, Swainsboro, GA 30401 or online at www.gideons.org.