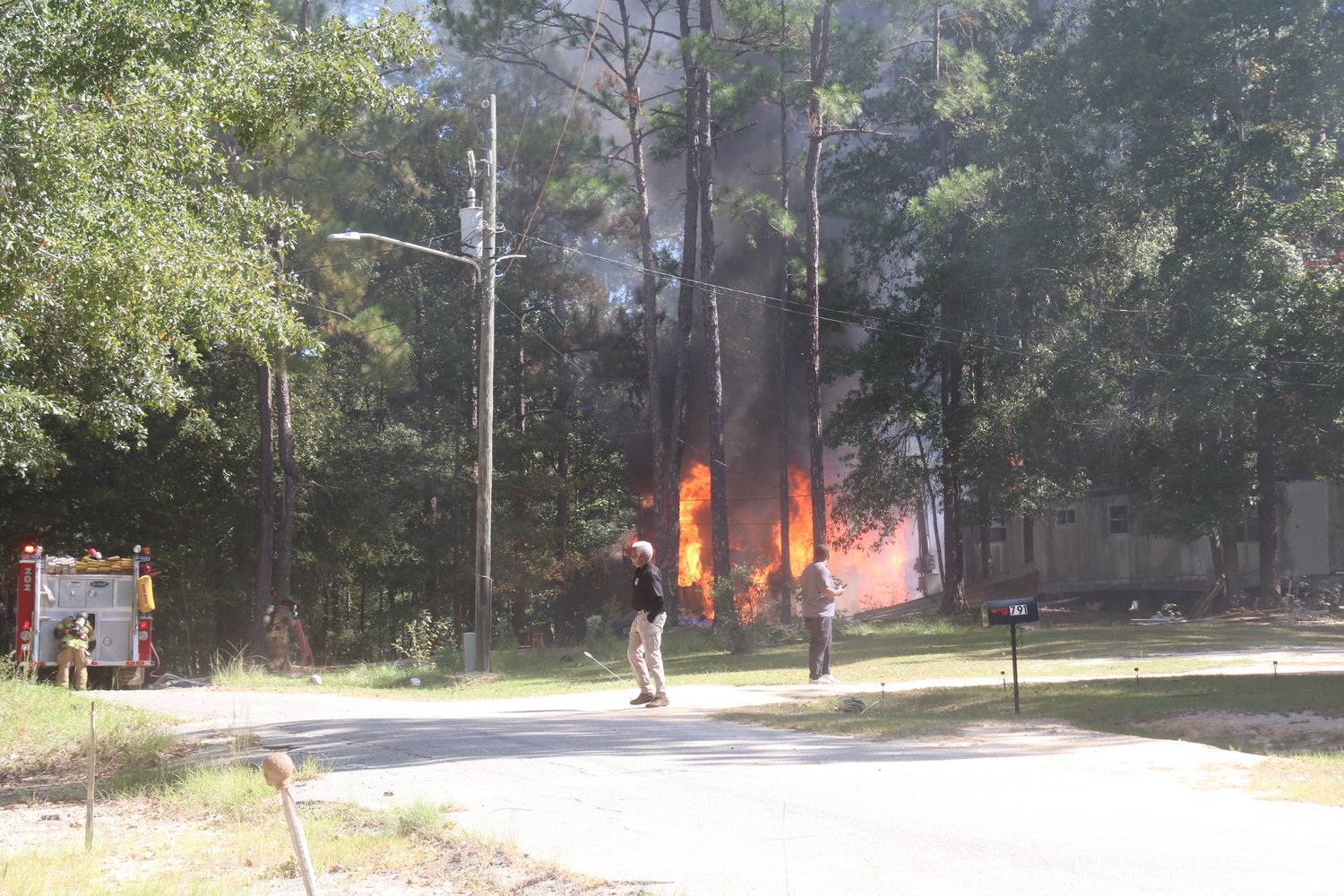 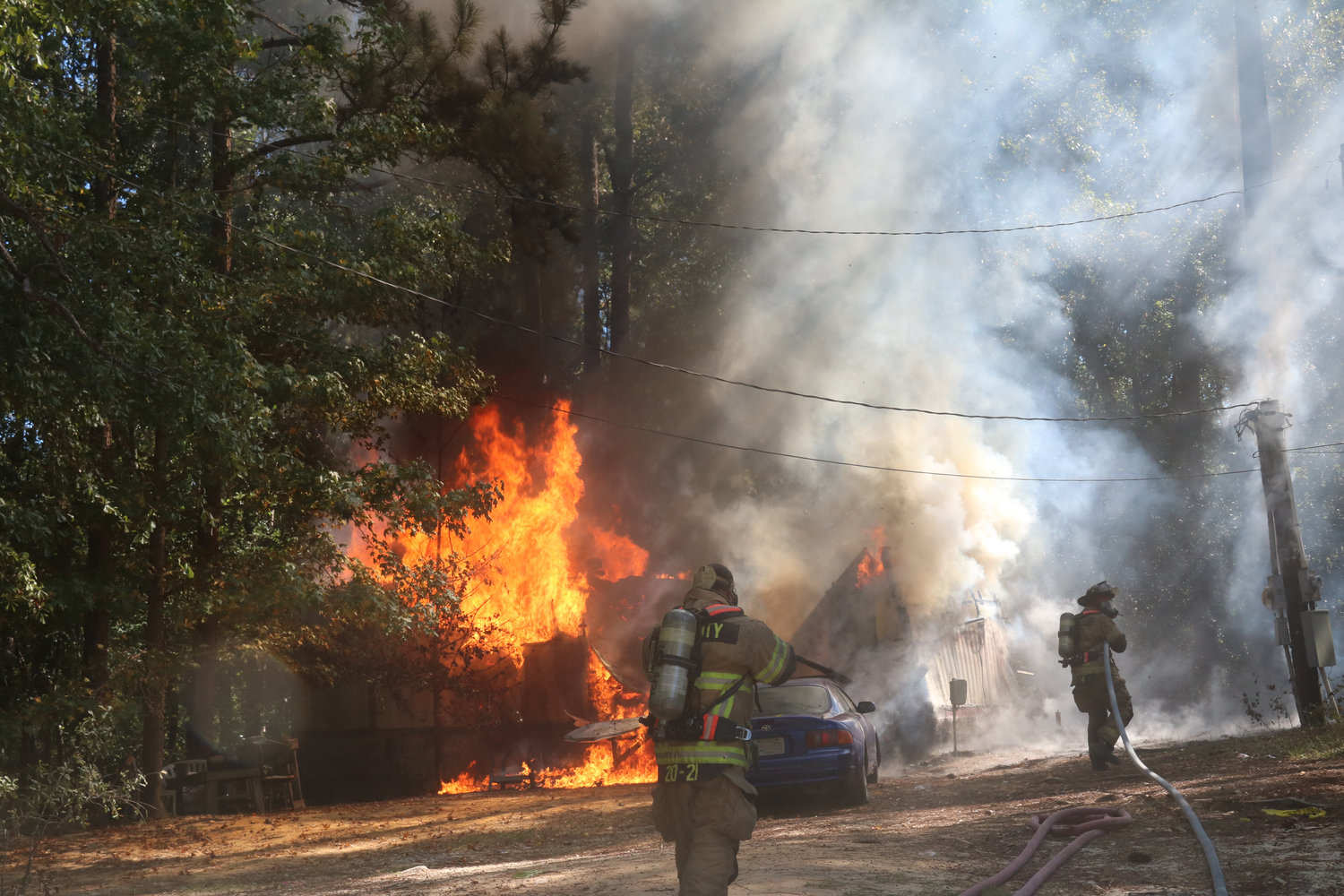 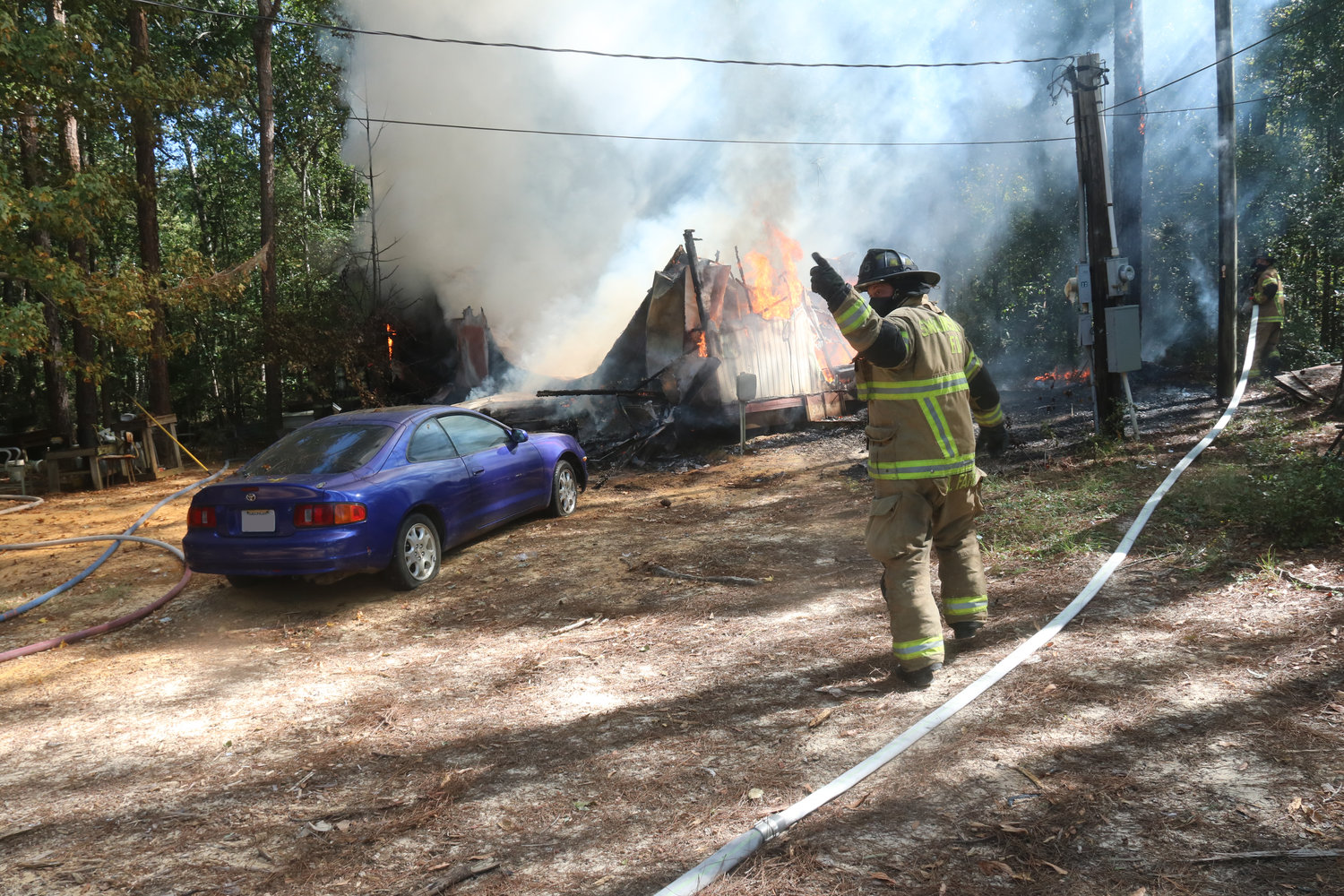 A fast-moving fire destroyed the single-wide home located at 791 Rainbow Ridge in Twin City. At 11:08 a.m. on Tuesday, October 4. Units from Twin City, Canoochee and Swainsboro Fire Departments were dispatched. Twin City Police Chief Withers arrived within minutes and reported the structure fully involved and all residents were outside of the building. Twin City Engine 202 arrived and began attacking the fire and was assisted by Swainsboro Engine 200. The structure was a total loss, a two door Toyota coupe, parked in front of the home received fire damage also. The cause of the fire in unknown at this time.