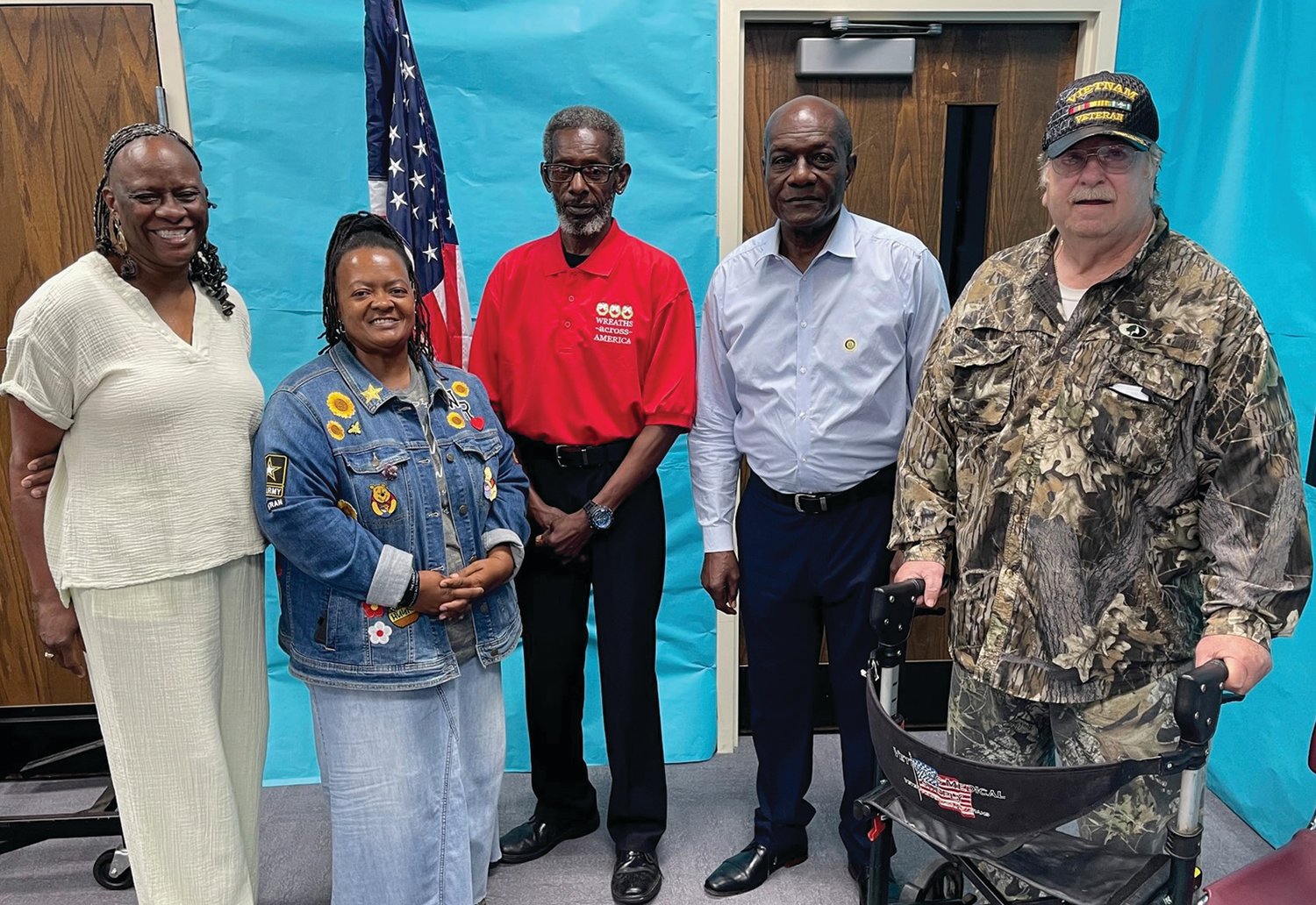 The Veterans at the Library held their weekly meeting, Monday, November 7, 2022, at the Franklin Memorial Library at 9:15 a.m. with Chair John Tapley presiding and 46 Veterans in attendance. This makes 83 different veterans that have attended the Monday morning Vet meetings. The new veterans are as follows: Ave Nobles is a veteran of the U.S. Marine Corps. She served from April 1973 to August 1980 and is a veteran of Vietnam, and her last duty station was MCLSB Barstow, CA . Sgt. Etta Williams-Robbins is a veteran of the U.S. Army. She served from September 1981 to September 1987 during which time she was at Fort Jackson, SC, Fort Lee, VA, and Hunter Army Airfield here in Georgia and was an E-4.  Willie Parrish was a member of the U.S. Coast Guard.  He served from August 1981 to January 1986 and served at Cape May, NJ, Governors Island, NY, Elizabeth City, NC and Petaluma, CA and was an E-4.  James Mason is a veteran of the U.S. Army who served from February 1967 to February 1989. He was a member of the 1st Calvary, 2nd Armor Division and served in Vietnam, various posts in Europe, Fort Dix, NJ, Fort Sill, OK, and Fort Hood, TX and was a 1st SGT.  Jess Drews served in the U.S. Army.  He served from February 1970 to November 1971 and served with the 9th Infantry Division and also is a veteran of Vietnam. He was an E-5.  If you are a veteran, please feel free to join the Veterans at the library every Monday morning at 9:15 a.m. at the Franklin Memorial Library for coffee and breakfast. Holidays are excluded.