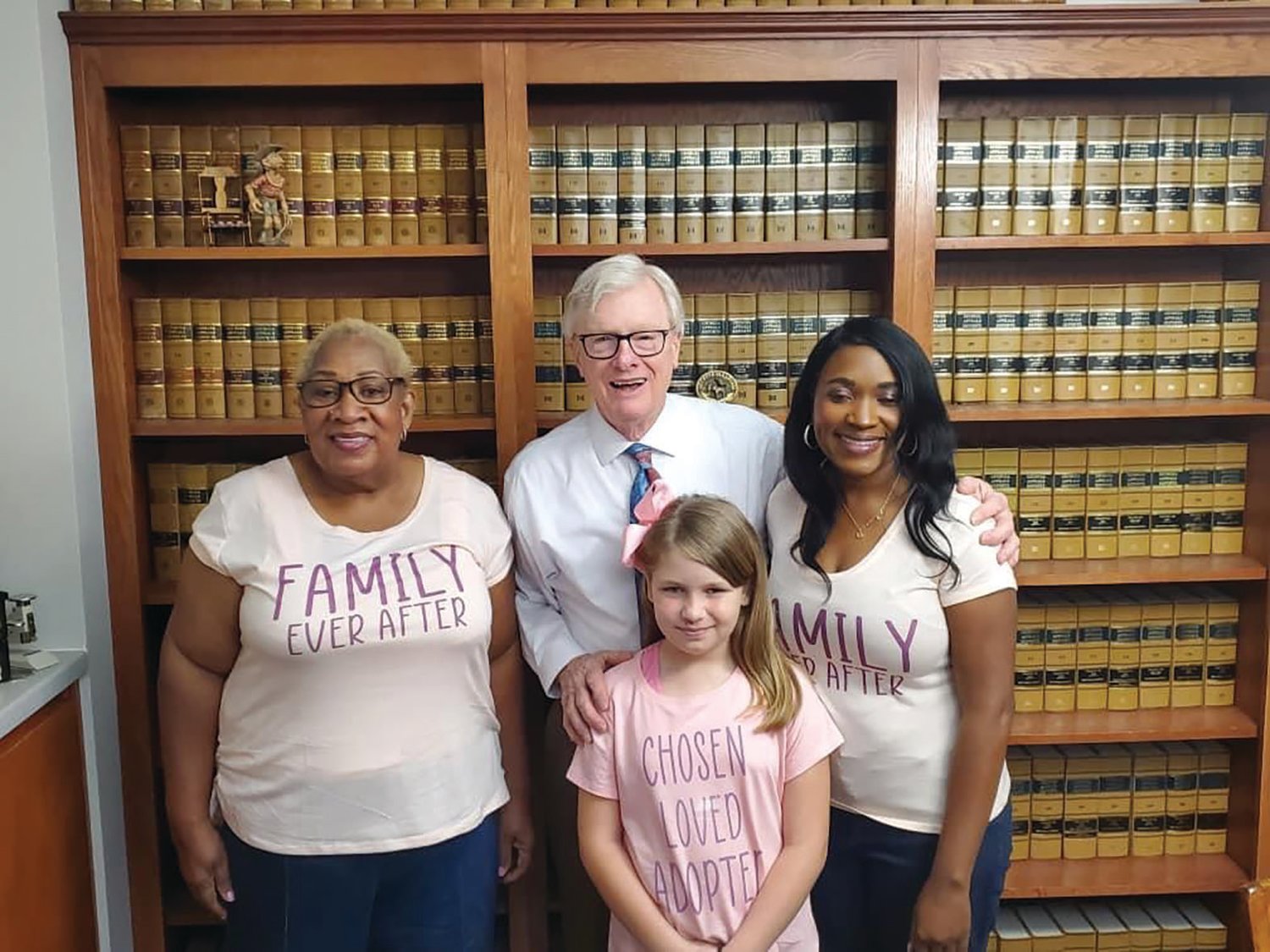 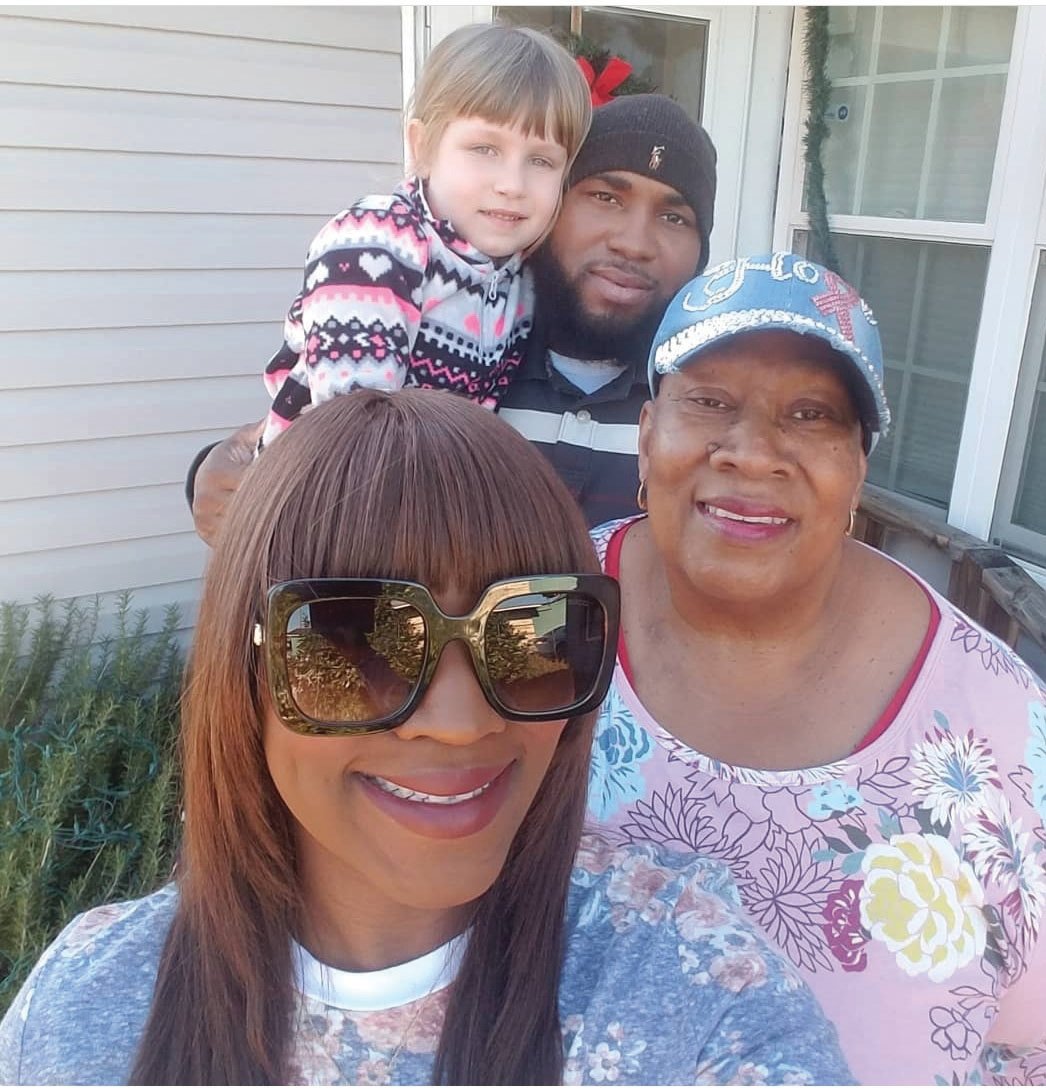 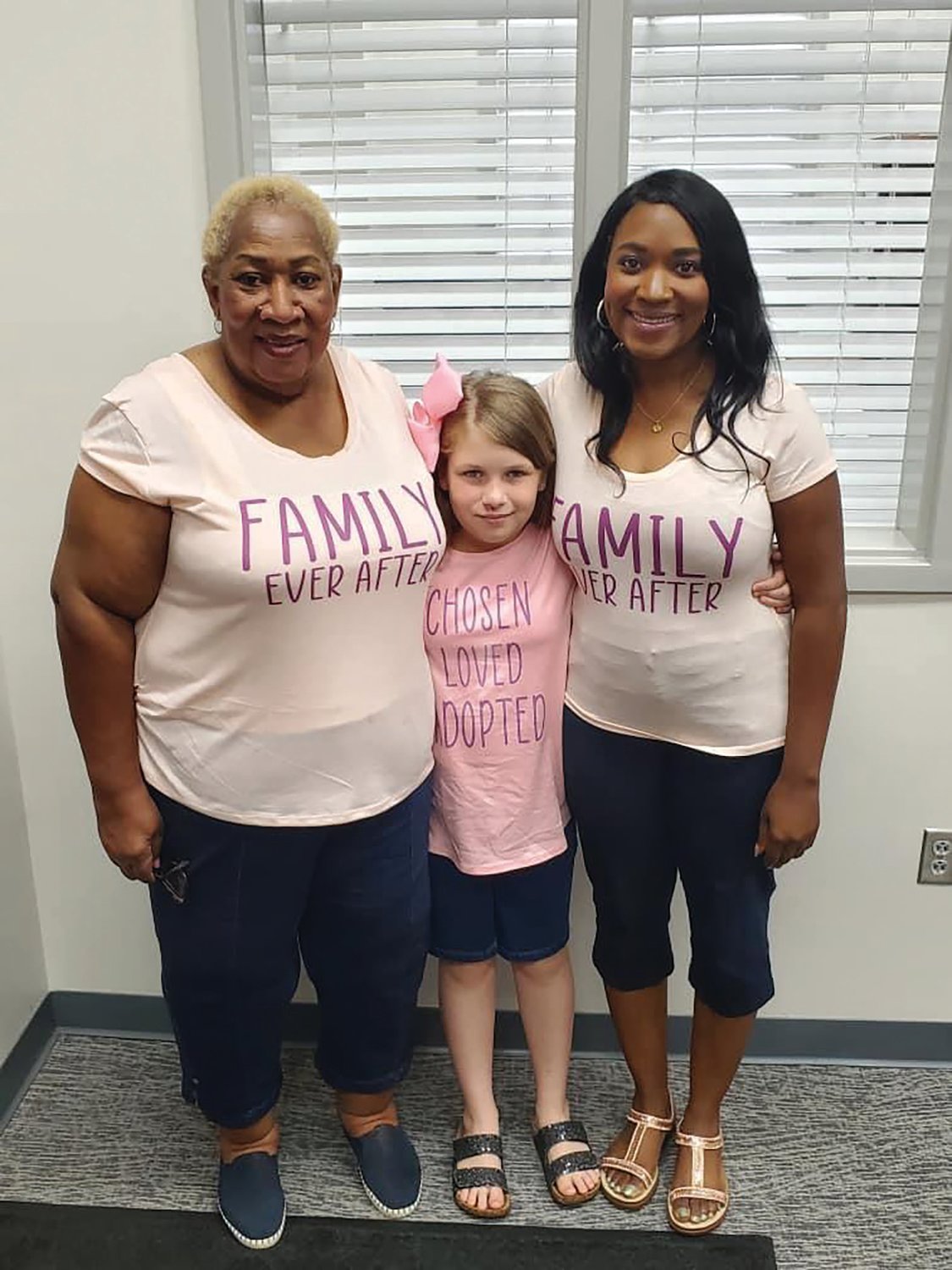 Chosen. Loved. Adopted. These were the words printed on the small, light pink shirt of a bright-eyed little girl with a heart full of love to give. It was May 25, 2022, the blue sky was dotted with fluffy white clouds that drifted lazily in the gentle breeze and the sun poured itself through the Emanuel County Courthouse windows, bringing with it, new hopes and a promise of a better tomorrow. For young Koda, this promise was one that she had longed for her entire life. It was the promise of forever. As she stood happily between two incredible women while wearing a gracious smile and a soft pink bow that matched her keepsake shirt perfectly, Judge Bobby Reeves finalized her homecoming, and with those official, joyful words, Koda stretched her little arms out wide to embrace both women tightly, her new mother Rosetta and her new sister, Davia, and they posed together for the first time as a family, commemorating the greatest change of their lives, her adoption day. “We are so proud to introduce you all to my daughter, Koda Williams,” Rosetta shared in a post along with the photo. “She is one of the great loves of our lives and being her parent is an honor that I hold with the highest regard.“ It was a pivotal moment that spent a long time coming, and one that could have only occurred through the generosity of Rosetta’s heart of gold. “I became a foster parent with Benchmark which is now known as Necco located in Statesboro, Georgia.” Rosetta began to explain. “Koda had been in several foster homes when she first came to me, so I wanted to give her a safe. loving home environment.” It wasn’t long after meeting Koda though, that Rosetta was overcome with the impulse to create a sweet permanence for Koda and pursue the adoption process, something that she had never considered with any other child before. “I knew I wanted to become Koda’s parent after keeping her for almost two years. I wanted her to become a true part of my family.” And more than anything, Koda wanted that too, pleading with Williams to become her mother whenever the thought would cross her mind, which was often. “Koda asked me if I would adopt her several times because she wanted to stay and live with me. I accepted and she was overly excited to know that I was going to do everything in my power to adopt her.” But the long awaited happily ever after came with many challenges, even though Koda had been in the Williams home for over five years. “The adoption process began in the year of 2021. It was a long process due to the pandemic and took about 9 months to a year to complete. The hardest part of it all though was the turnaround time that it took for Koda’s parents to give up their parental rights to me.” While each step presented a new mountain to climb, the hike was worth it all and gave both Koda and Rosetta the haven that they had been hoping for. “Knowing that Koda no longer has to go from place to place and is now in a stable environment brings satisfaction to me. When Judge Bobby Reeves signed the adoption papers it made me very proud to be Koda’s parent.” When asked what her favorite qualities are in her new family, Koda gave the best response, “I always have a lot of fun with my family and momma makes the best fried chicken!” She has also adjusted well in the lives of her two older siblings, Davia and Jarvis, who say that they fell in love with Koda instantly and were always in agreement with her becoming a part of their family and making it whole. “Koda is the little sister that Jarvis and I have always wanted!” Davia said. After her adoption, the Williams family celebrated by making new memories and taking photos together, but Koda couldn’t wait another year before sharing her good news. “Even though it was the last day of school, Koda wanted to attend so that she could tell her teachers and friends that she had been adopted.” There are so many children in the world like Koda who are waiting for their forever after, and Rosetta says that if you’re considering adoption or becoming a foster parent, remember to “listen to the child and give them the time of day to know and understand what you can do as a parent to help make the child’s life better.” Before our interview ended, I asked Koda ‘What would you like to tell all the Mommy’s and Daddy’s of the world who are thinking about adopting?’ and the 9-year-old sincerely responded with, “Do not give up on the child!” We do not need to know the beginning of a child’s story to change the ending. -Fi Newood “We love you, Koda. We love you eternally.” - Rosetta Williams, ‘Momma’ to Koda Williams