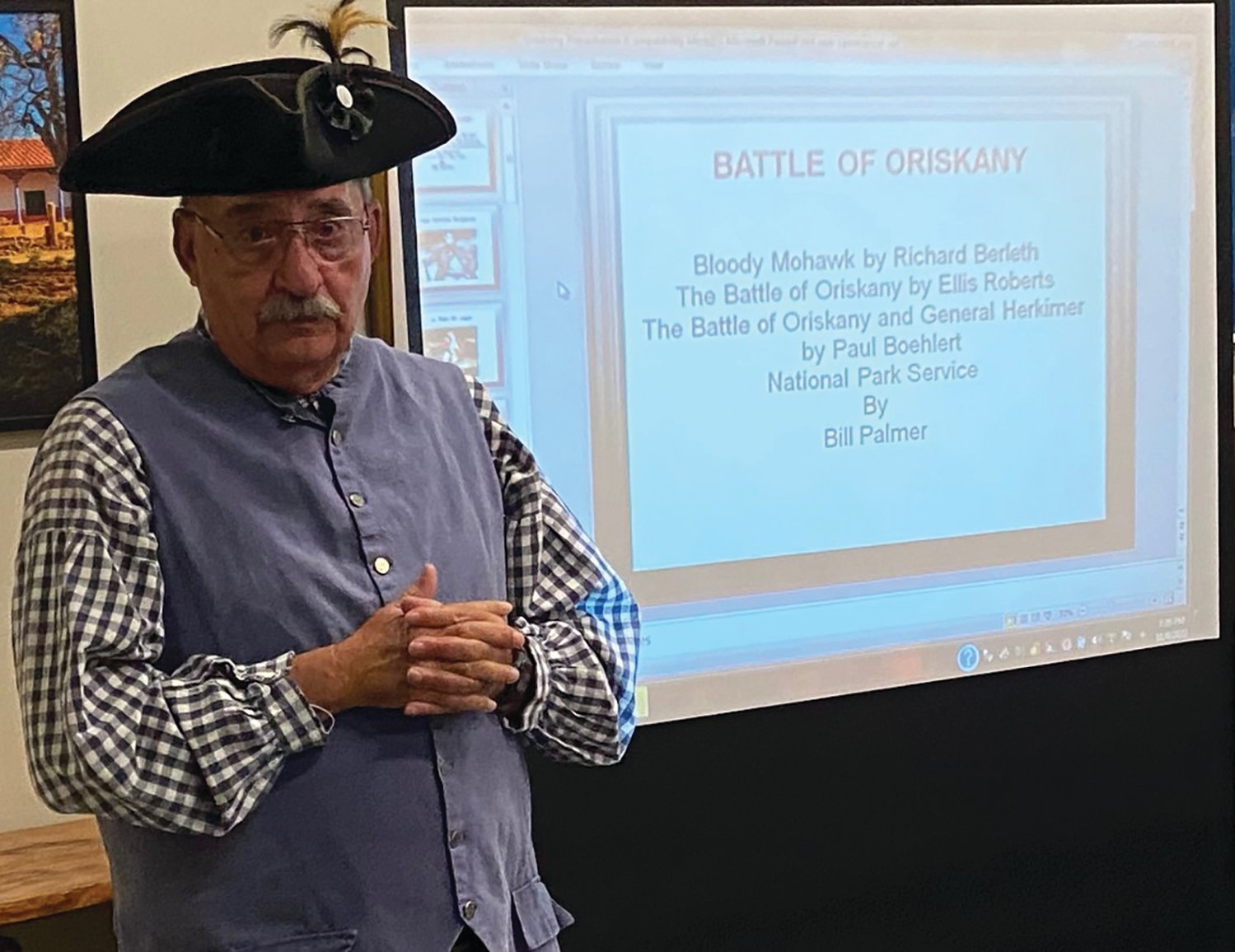 The Fall Line Chapter Georgia Society Sons of the American Revolution held its monthly meeting, Tuesday night November 8, 2022, at the Washington County Chamber of Commerce, with President Sandy Mercer presiding and 12 guests in attendance. The program for the evening was presented by Compatriot and Past Award-Winning Color Guard Commander Bill Palmer. Bill is from Snellville, Georgia. His presentation was on the "Battle of Oriskany", a significant engagement of the Saratoga campaign of the American Revolutionary War, and one of the bloodiest battles in the conflict between the Americans and Great Britain. This battle started on August 6, 1777, near Oriskany, New York. The Patriots numbered between 720 to 740 militia and between 60 to 100 Indians. The British numbered 500 regulars, provincials, and Indians. The Casualties and losses for the Patriots were 385 killed, 50 wounded and 30 captured and for the British were 7 non-Indians killed, 21 non-Indians wounded, missing, or captured and 65 Indians killed or wounded. The result of the battle was indecisive. If you would like to become a member of our Chapter, please call registrar Sandy Mercer at 478-232-7280 or e-mail him at sanders.mercer@gmail.com