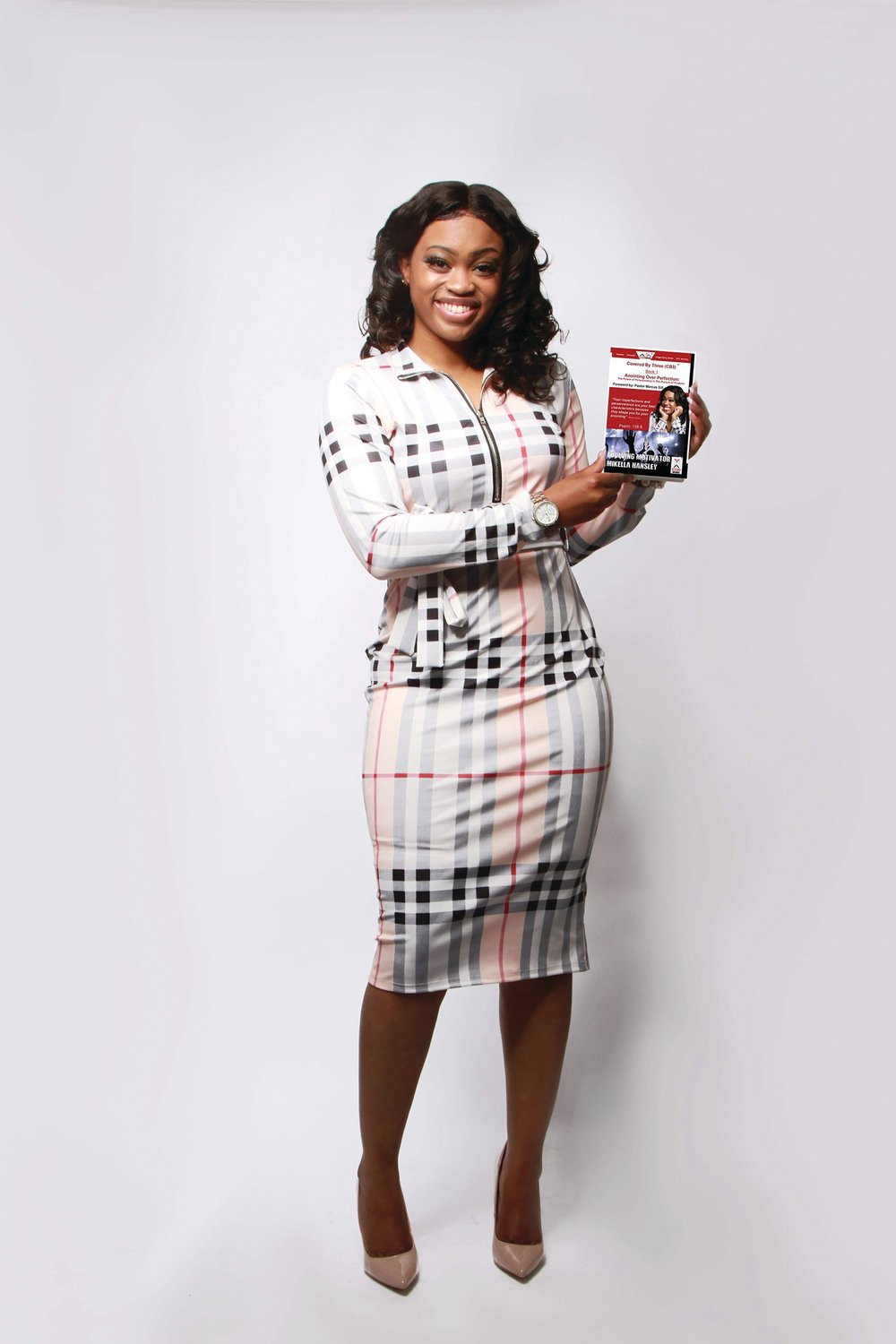 Mikella Hansley, an alumnus of East Georgia State College, is hosting a book signing for her first book “Anointing Over Perfection: The Power of Perseverance in Pursuit of Purpose” at EGSC-Swainsboro. The signing will be December 1 from 11 a.m. until 3 p.m. in the Jean Anderson Morgan Student Center. The event is open to the public and Hansley will have books available at the signing for purchase.

Hansley is 23 years old and a native of Swainsboro, GA. She graduated with a Bachelor of Science in Criminal Justice with honors from Middle Georgia State University in December of 2019. She received her associates degree from East Georgia State College, while she was involved with Phi Theta Kappa, Student Ambassadors, and Criminal Justice clubs. She worked with the Mayor of Swainsboro and the EGSC President when she held the position of President of the EGSC Student Government Association. Hansley was also chosen for the prestigious “All USA Award” by the EGSC college president and Georgia senators. She is a motivational speaker, author, and owner of business and book series Covered By Three LLC. Through “MikellaSpeaks” and ministry “Millennial for Christ,” she has interacted with celebrities and reached over 12,000 people in 24 nations. Recently, she was featured in Voyage LA and a Word Network magazine. She joined the National Black Law Students Association in 2020 and won a scholarship from the organization (First from Swainsboro). She is the first from her hometown to be a CTAE success story, and she is first to speak to an intergenerational group at KYP and the Oprah Winfrey Leadership Academy in South Africa (Soweto and Johannesburg).

She recently achieved a lifelong dream. She currently works for her favorite artist Jonathan McReynolds, and she was able to give him a copy of her book. She has been featured in his “I’m Not Lucky I’m Loved” music video as well. She is the first African American female to receive three internships (and served as a main speaker for their closing ceremony) on Capitol Hill through Congressional Black Caucus Foundation from Swainsboro.

In April 2018, at the age of 19, God took Hansley into a vision. In the vision, she was consumed by a large body of water, but she shot up quickly and powerfully. Because Hansley’s grandmother had just passed, she thought the vision represented her overcoming the grief of her death. Little did she know that God was about to take her on a journey. She realized in 2019, that her books would not only align with her ministry, but also with her speaking career as a Christian motivational speaker.

This book is dedicated to her grandmother Dora, and it is a 20-day guide (which includes quotes, scriptures, and activities in each chapter) based on her life journey and how she overcame

hardships while being perfected at the same time. One thing she realized is that we all have a gift, but what you are anointed to do will prevail over your imperfections.

“Anointing Over Perfection: The Power of Perseverance in Pursuit of Purpose” was inspired by her looking at all the mistakes she made in her life, feeling, and being broken, and not feeling qualified to be used by God. She believes that she had to go through certain things, so the reader of this book wouldn’t have to.

Final Total Wellness Session of 2021 held at the Fulford Center