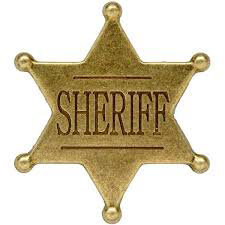 Deputies were dispatched to Moss Trl. in reference to allegations of theft. Complainant stated offender has been spreading lies on her. Offender stated c/p has been stealing and selling items from her deceased mother. C/p stated the allegations are not true and that she does not have any items that offender is referring to.

Deputies were dispatched to Lewis St. in reference to property being stolen. Complainant stated she is not the owner of a trailer that she acquired from the passing of her mother and stated there were vehicles on the property that have been taken/sold by offender, as well as items from inside the residence. C/p’s stated they did not give offender permission to move the vehicles and sell them.

Deputy took a walk-in report where complainant stated offender had a TPO against her but she has been violating it. C/p stated when she arrived at a store, offender pulled up right next to her. C/p took pictures for evidence and this is not the first time offender has violated to order.

Offender as making a delivery on Gum Log Rd. at the Correctional Facility and when entering the gate, the rear of offender’s trailer may have struck the speaker box that was mounted on a concrete pillar. There was not apparent damage to anything else.

Deputies responded to Angus Dr. in refence to a male passed out beside the road. Contact was made with male subject and once they were able to verify his identity, he was arrested for public drunk. Upon leaving the area, contact was made with the male’s boss who advised he would take care of the male subject and keep him off the road. Deputy informed the boss that was fine but if he was caught out walking around that he would go to jail.

Deputy took a walk-in report where victim stated her firearm was stolen out of her car. Victim stated she last saw it Sunday night when she gave a friend/possible suspect a ride. Victim stated she is not accusing him but he was the last person that was in the car before her gun went missing.

Complainant stated a plane spraying chemicals on the field behind her residence got the substance on two of her vehicles, in her yard, on her house, and on her.

Deputy was dispatched to Pine Needle Dr. in Midville and met with complainant show stated that his past tenant damaged his rental property when he moved out. There are several holes in the walls and doors, one of the doors were off the hinges, and the vinyl floor in the kitchen was damaged. C/p stated that a king size bed was taken as well that belonged to him. C/p also stated that a street sign was found behind the residence that he believes offender took.

Deputies responded to Hwy 221 in reference to an animal collision. Complainant advised that she struck a deer. No injuries were reported and the vehicle sustained major damage to the front-end.

Deputy took an animal bite report at EMC. Deputy met with victim who stated that she had been feeding her pet cats, as well as a few stray cats, and one of the stray cats bit her on her right leg, causing swelling. Victim stated her leg was swollen and in so much pain she had to get it checked out.

Deputy responded to Old Swainsboro Rd. in reference to a med call. Deputy met with another officer who advised that the victim was up and walking around. Victim stated he suffers from different cardiac issues including having a heart valve replacement in 2013. Victim appeared to be pale, clammy skin, and sweating, which are all signs of a heart attack. Mutual aid was requested by EMS due to both ambulances being out on different calls. Candler ES responded and victim was turned over to them for evaluation.

Deputies responded to Blun Rd. for a one vehicle collision with injuries. The driver was located and conscious. EMS arrived on scene ad assessed the driver and GSP arrived on scene. Driver was transported by EMS.

Deputy answered a phone call of a female stating a wanted subject walking up her driveway. The female stated he was her nephew and deputies needed to hurry over. Deputies responded to Arden Dr. and while enroute, observed a white male that fit offender’s description. Deputies continued to the caller’s residence where the female stated offender had left but was in the area. Deputies rode the area and located offender and he was detained for several wanted persons hits. Deputy contacted the jail and requested a hit to be sent to originating agencies and Houston Co. wanted to place a hold on offender. It was found that Twiggs Co. and Bibb Co. also wanted to place holds on offender.

Deputy took a report of a stolen dog. Offender stole a small black dog from Lambs Bridge Rd. on 5/4/22. C/p stated offender lived at the address up until a month ago and returned on 5/4 to retrieve some belongings. During this time is when offender took the dog and refused to bring it back. C/p stated offender has been contacted multiple times but refuses to reply.

Deputy was dispatched to Hey 80 East in reference to a vehicle being damaged by a piece of metal tin in the road, causing damage to the front driver side bumper.

Deputy was dispatched to W. 4th Ave. in Twin City in reference to a landlord trying to remove a tenant. Deputy met with tenant who stated she has been paying her landlord $100 a month as agreed until this last month. She stated she did not pay him because she told him she had termites and he stated “oh well” and that her tub was leaking through the floor and she had to find someone to help her fix it. C/p stated that it’s her landlord’s job to fix the issues and that’s why she refused to pay him. C/p stated when she told the landlord this, he became irate and told her she had to get out immediately. Deputy contacted the landlord and informed him of the legal steps of the eviction process.

Deputy observed a vehicle going 54 MPH in a 35 MPH zone, at which time he attempted to initiate a traffic stop but the driver did not stop. The vehicle failed to maintain its lane and continued to travel about 35 MPH until pulling into a driveway. Once the driver pulled into the yard, he exited the vehicle and stated he was just trying to get the vehicle home. Driver did not have a license and that’s why he failed to stop. The driver was handcuffed and gave deputy his name and DOB to find his license have been revoked.

Deputies were dispatched to A Street in reference to property damage. Complainant stated when she returned home, her mail box was broken.

Deputies were dispatched to Glenwood Rd. in reference to vehicle damage. Complainant stated when he returned home from work, he noticed that all 4 tires were flattened on his vehicle. C/p also stated that he suspects who did it and the suspect called his cell phone over 20 times before he returned home.

Deputies were dispatched to Blundale Church Rd. in reference to a boat that had been left in the ditch. The ID and registration returned no record. With no information indicating the boat was stolen, a wrecker was requested to tow it.

Deputies were dispatched to Blackberry Rd. in reference to a child calling 911. Deputies were advised no info could be gathered from the child and initially believed the child to be playing with a phone, not realizing a 911 call had been made. Deputies were also advised that while the line was open, a male and female could be heard arguing in the background. While enroute, deputies were advised the child called again and the male and female could still be heard arguing. Upon arrival, deputy met with both parties who advised the incident was only a verbal altercation and the issue had been resolved. The female appeared visibly upset but did not elaborate on the incident, only stated she was fine prior to walking back into the residence. The male advised there would be no more issues at the residence. The child was advised to have been playing with a cell phone and called 911 via the emergency all feature from the lock screen.