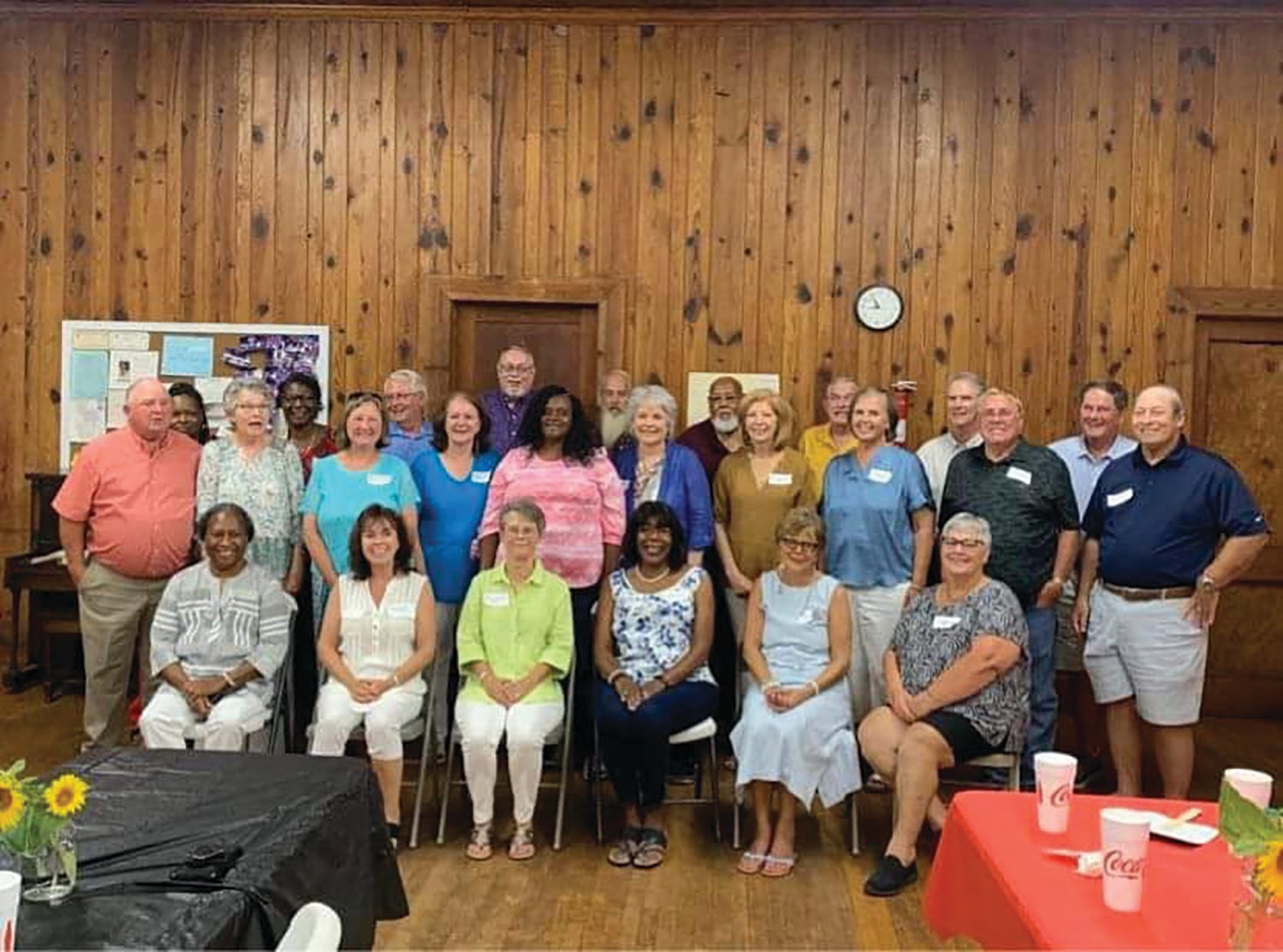 Twenty-five of the remaining forty of the ECI Class of 1972 met for a class reunion on Saturday night, June 18 at the Twin City Lions Club. It was the first time many of the classmates had seen each other since graduation night May 31, 1972. After a short time of "Meet and Greet" (usually after the name tags had been donned), the official welcome was given by Colleen Slater Duckworth. Mary Alice Mincey Reeves said the blessing before the group enjoyed a barbeque buffet catered by Lew's Barbeque, followed by banana pudding and cake. Pictures, posters, newspaper clippings, books, and a cap and gown - all reflecting the high school accomplishments of the group - were displayed around the room.

A table at the front of the room held 17 candles to honor the deceased classmates. Huddie Culbreth called each name as Jackie Womack Breedlove lit each memory candle. This was followed by a moment of silence as the group reflected on what each of those missing classmates had represented to them all those years ago at ECI.

A quick 20 question and answer session revealed that Sharon Donaldson Smith lived the fartherest away, Mary Alice Mincey Reeves had the most grandchildren, Gene Pierce had traveled to the most foreign countries, Andy Lee had briefly served in Viet Nam, and 6 parents were still living. Each classmate then stood and shared the highlights of the intervening 50 years of their lives. Parents, spouses, siblings, and children had been lost; diseases had been fought and defeated; careers had seen their ups and downs, and retirement age had finally arrived; but each of the classmates vowed that "they had had a good life."

Special guest for the evening was senior English teacher Mrs. Judy Slater Boatright. She brought along some "homework assignments" from 1972 which she had saved and shared with the class. Elizabeth Barrett Browning might have had some competition if Joe Moseley had pursued a career in literature!! The night ended with address lists of all the classmates being handed out and with promises to keep in touch. The class of 1972 was the last graduating class with members who had attended Garfield and Stillmore public schools. Those two schools closed in 1961 after this class had completed 1st grade.