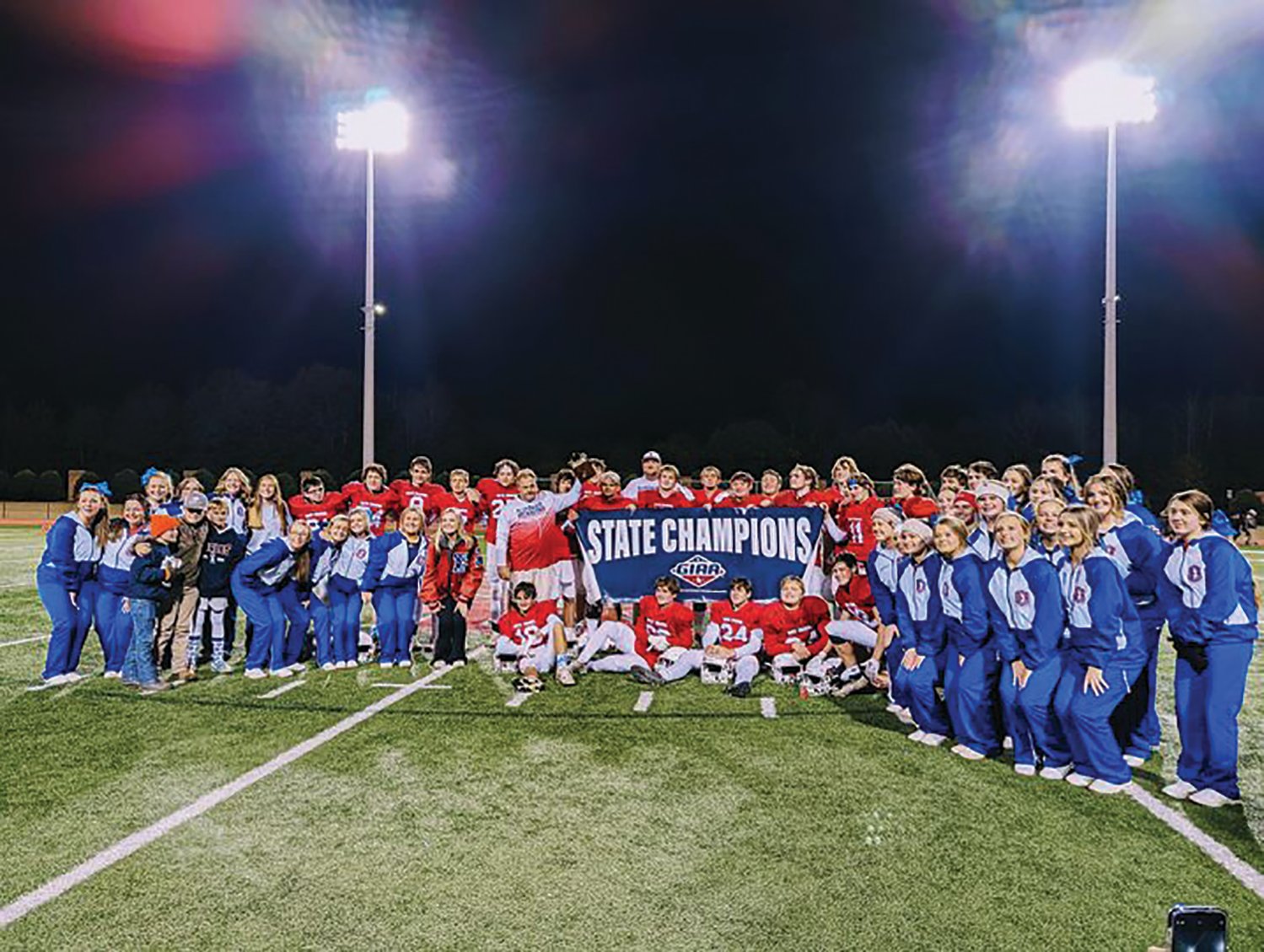 David Emanuel Academy Varsity Eagles earned their title as State Champions Saturday, November 19, after a final, triumphant win against their rivals, the Windsor Academy Knights with a score of 32 - 14. After playing an unparalleled season and the final call of State Champions set in, the Eagles shared a victorious and memorable moment under the floodlights of Strong Rock Christian Academy, with their teammates, friends and loved ones before loading up on the “candy cane” for one last, incomparable ride home, to Stillmore.

Racyn Faircloth tacked on the first six Eagle points with a completed 16-yard touchdown run. Billy Martin followed with an interception before Jesse Moore’s successful 42-yard run play that earned the Eagles a score of 12-14. After successfully intercepting, Faircloth ran the ball for a 4-yard run touch-down earning the Eagles a score of 18 -14. Moore ran the ball another 14-yards for the Eagle’s fourth touchdown which increased the score 24-14. Riley Griner followed with a run that secured another two points for the Eagles, attaining a score of 26-14. Clayton Hood intercepted before Jesse Moore bagged up a final 12-yard run, collecting the Eagles last six points for a winning score of 32-14 and the State Championship title.

This was a legendary, record-breaking victory that not only ended their 11-0 undefeated season on an incredible note but went down in DEA History as their first State Championship win, forever proving that the 2022-2023 Varsity Eagles are second to none.

Congratulations to our State Champions, the David Emanuel Academy Eagles! You make your hometown proud!