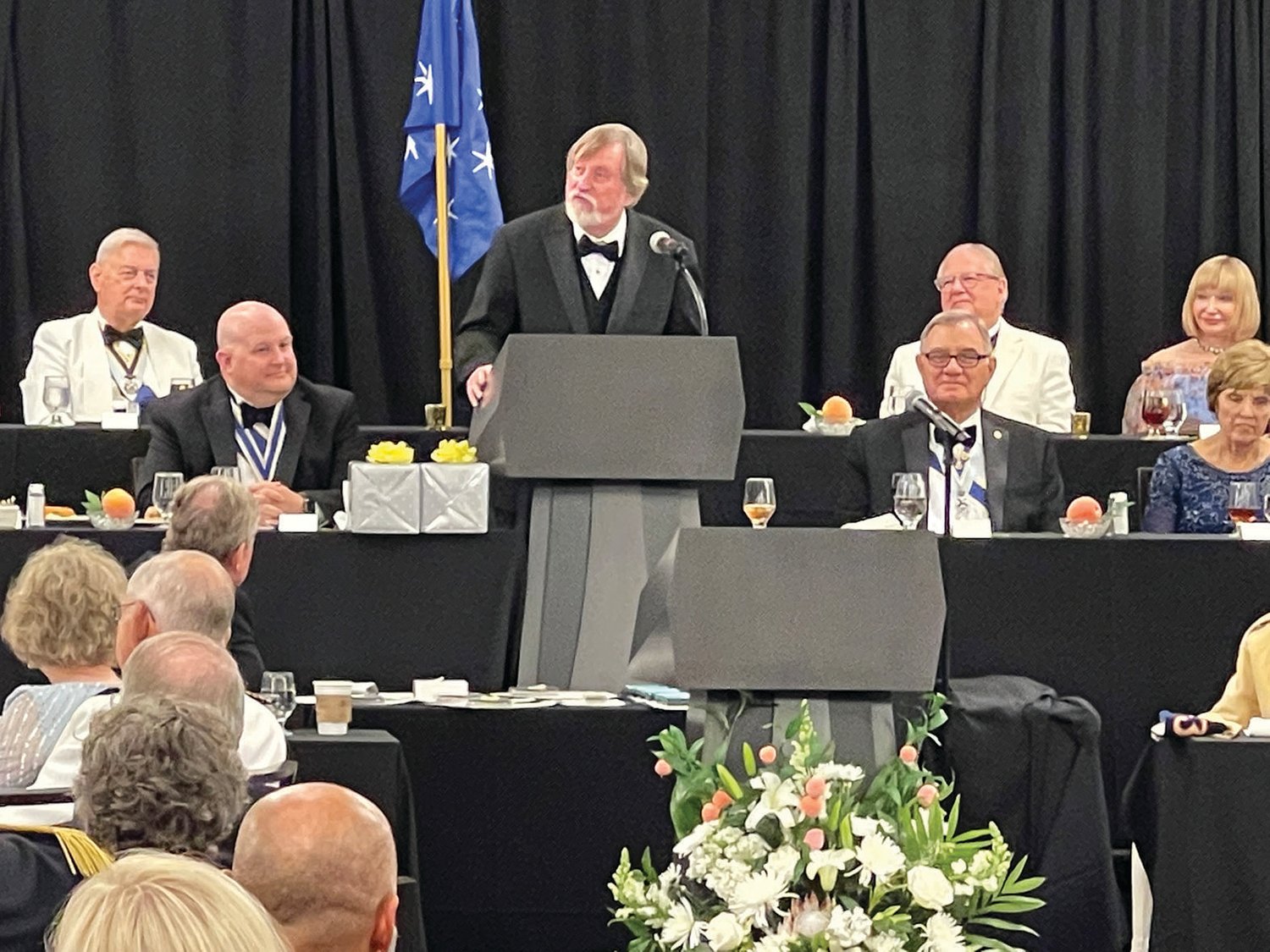 On Wednesday, July 13, Compatriot Dr. John Durden, a Wiregrass Chapter member, traveled to the Hyatt Regency in Savannah, GA to be the main speaker at the President Generals Banquet of the 132nd Congress, National Society of the Sons of the American Revolution. The banquet was at capacity which some estimated at around 600 in attendance. Besides Dr. Durden in attendance from Swainsboro, were his wife Carolyn, Jane Derden, President of the Georgia Society SAR Ladies Auxiliary, plus Steve Burke, Wilder Smith, Jr. and Dess Smith III as part of the National Society Color Guard. The following was taken out of Dr. Durden’s address, “It All Started in a Bar: Revolutionary Savannah,” focused on the role and significance of the port city in the American Revolution. He emphasized that Savannah’s strategic importance to both sides during the war made the town a focal point of several campaigns and that the failed attempt by the combined French and American forces to retake Savannah in October 1779 led to what has been described as “the bloodiest hour of the American Revolution.” Dr. Durden also stressed the importance of Georgia’s role in the Revolution and pointed to the increasing emphasis by modern historians of the broader significance of the Southern campaigns in the eventual Patriot triumph at Yorktown in 1781.