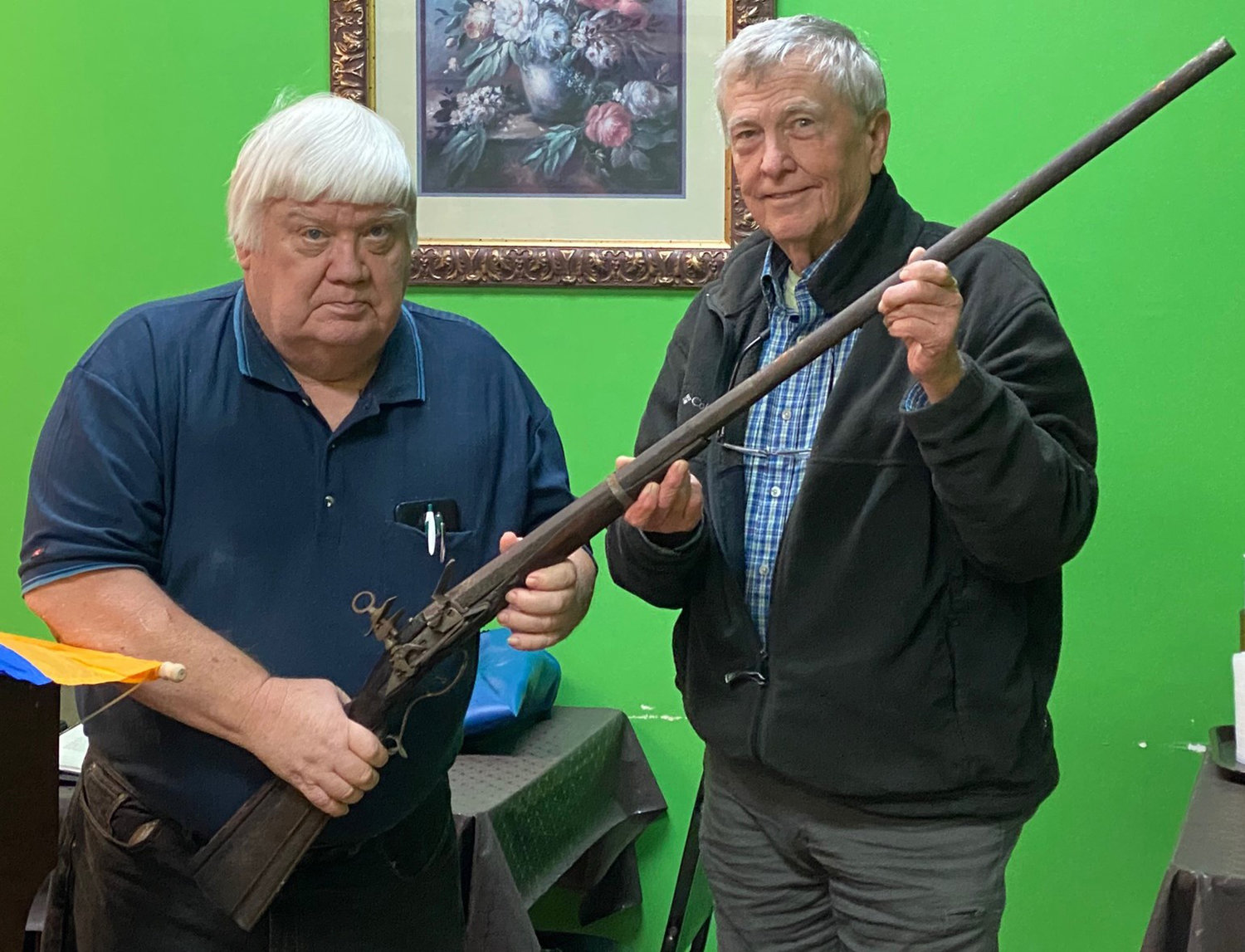 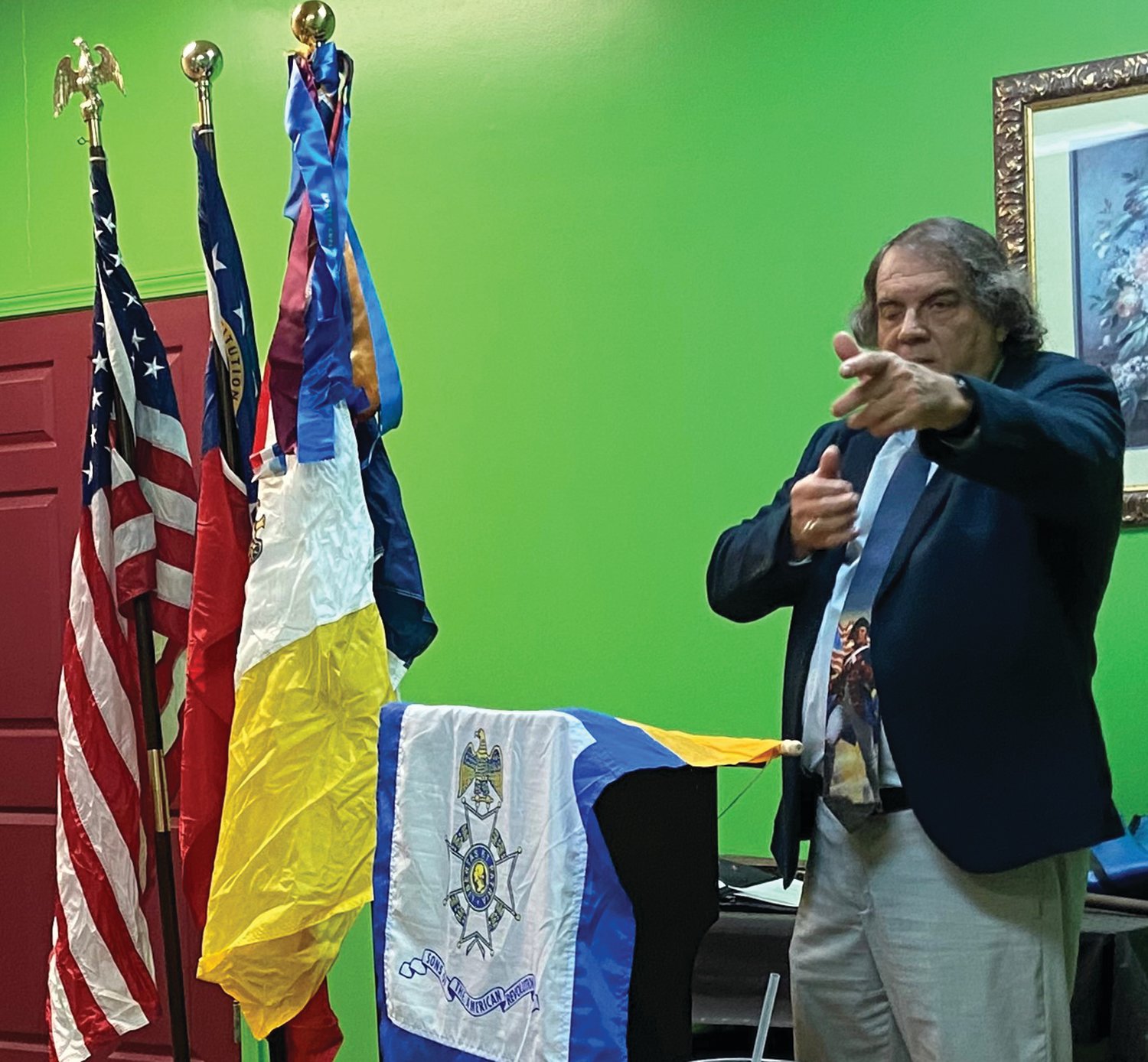 The Four Rivers Patriots Chapter, Georgia Society Sons of the American Revolution held its monthly meeting, Thursday night, October 20, 2022, at Chatters Restaurant at 7:00 p.m. with President George King presiding and 13 members in attendance. Wiregrass Chapter President Wilder Smith, Jr. introduced the speaker for the evening.  He introduced Compatriot Hu Daughtry from the Mill Creek Chapter in Statesboro who lives in Metter, GA with his wife Susan.  Hu's presentation was about one of his G, G, G, G grandfathers who rode with Francis Marion. It covered his parentage and ran through several generations of his descendants. A significant volume of his sons and grandsons fought for the Confederacy during the "War between the States".  Also, during the meeting dual member Wilder Smith, Jr. presented the Four Rivers Patriots Chapter with the original flintlock rifle that Compatriot Allen Mincey of the Brier Creek Chapter in Sylvania completely rebuilt for the Four Rivers Chapter.