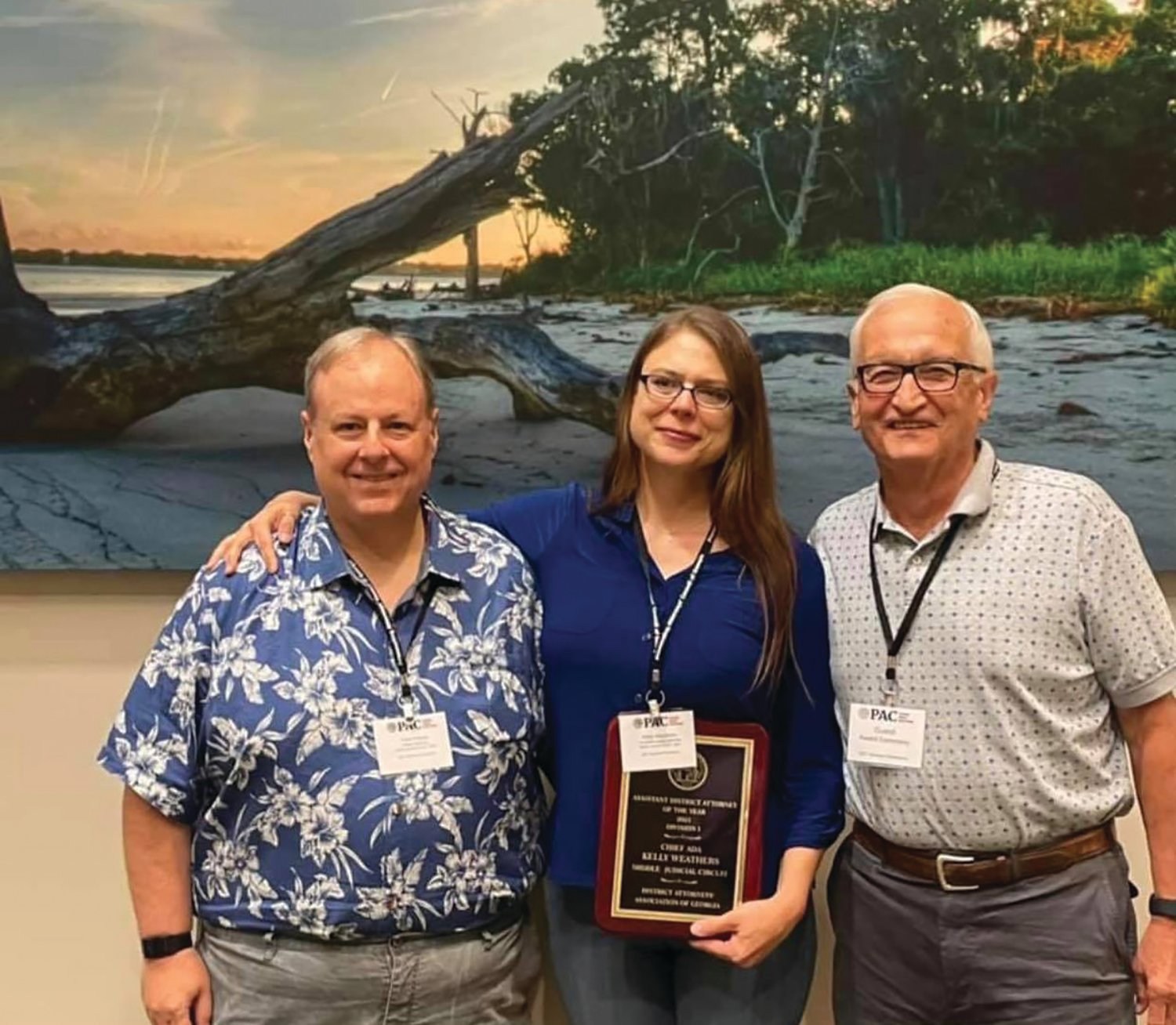 
“I am incredibly blessed to have worked alongside Tripp and, now, for Tripp; and having worked for Mr. Hayward. They have both, in their own way, have shaped me. I truly am humbled by the fact that, together, they felt moved to acknowledge my work. Having the confidence of our district attorney and his predecessor is a tremendous honor,” Weathers stated.
Weathers began her prosecuting career with the Middle Judicial Circuit in May 2011. She is the wife of a firefighter and, when not handling court matters, can often be found assisting with his 5K organization that benefits firefighters diagnosed with cancer. The Weathers are also foster parents for dogs and cats and have fostered an upward of 200 animals in the last 15 years.
“My husband and I both feel very blessed to have the types of job where we never feel like we go to work. Often, we are enriched with gratitude by those we serve, and I can’t think of anything I’d rather do than be a prosecutor,” Weathers concluded