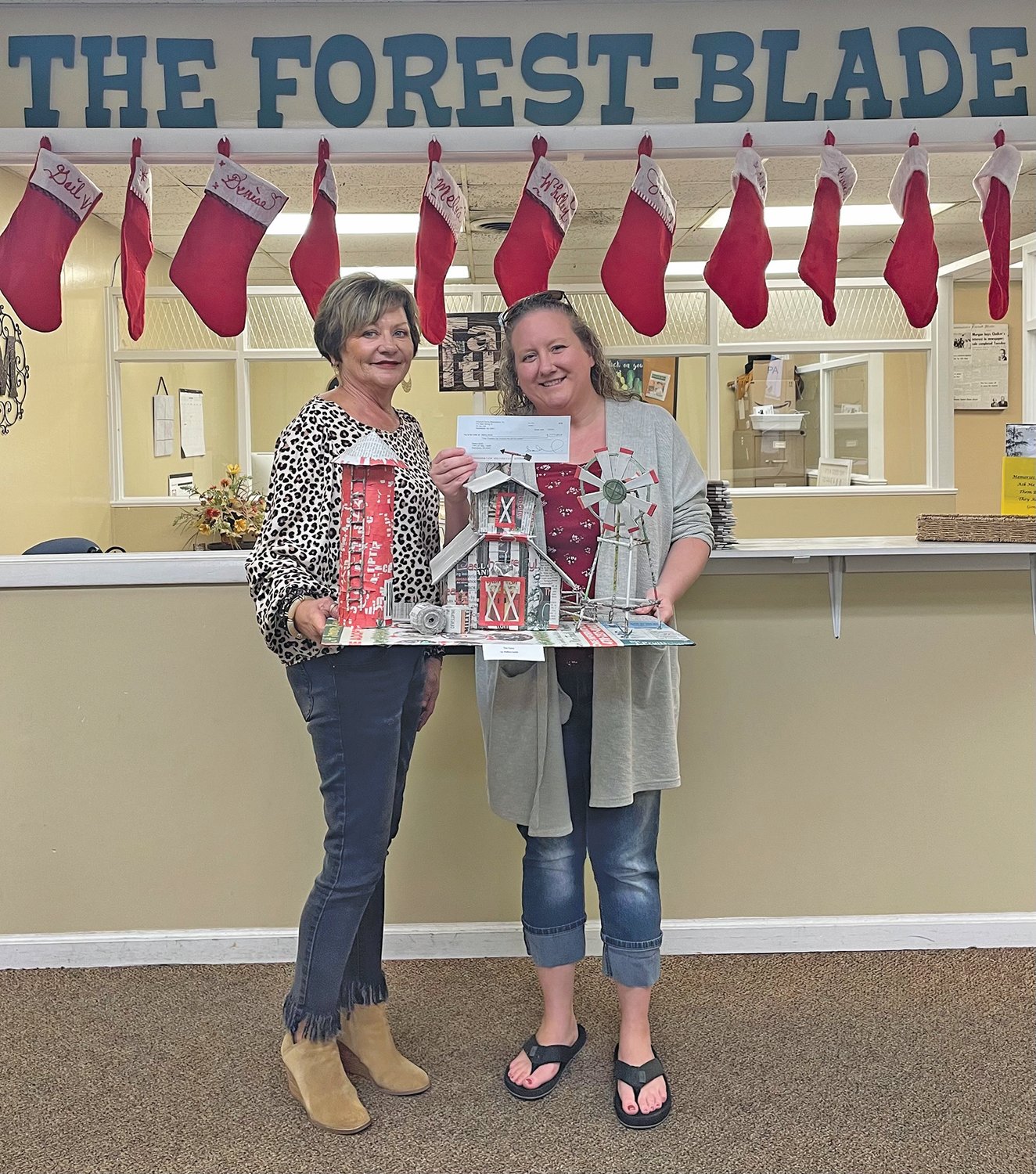 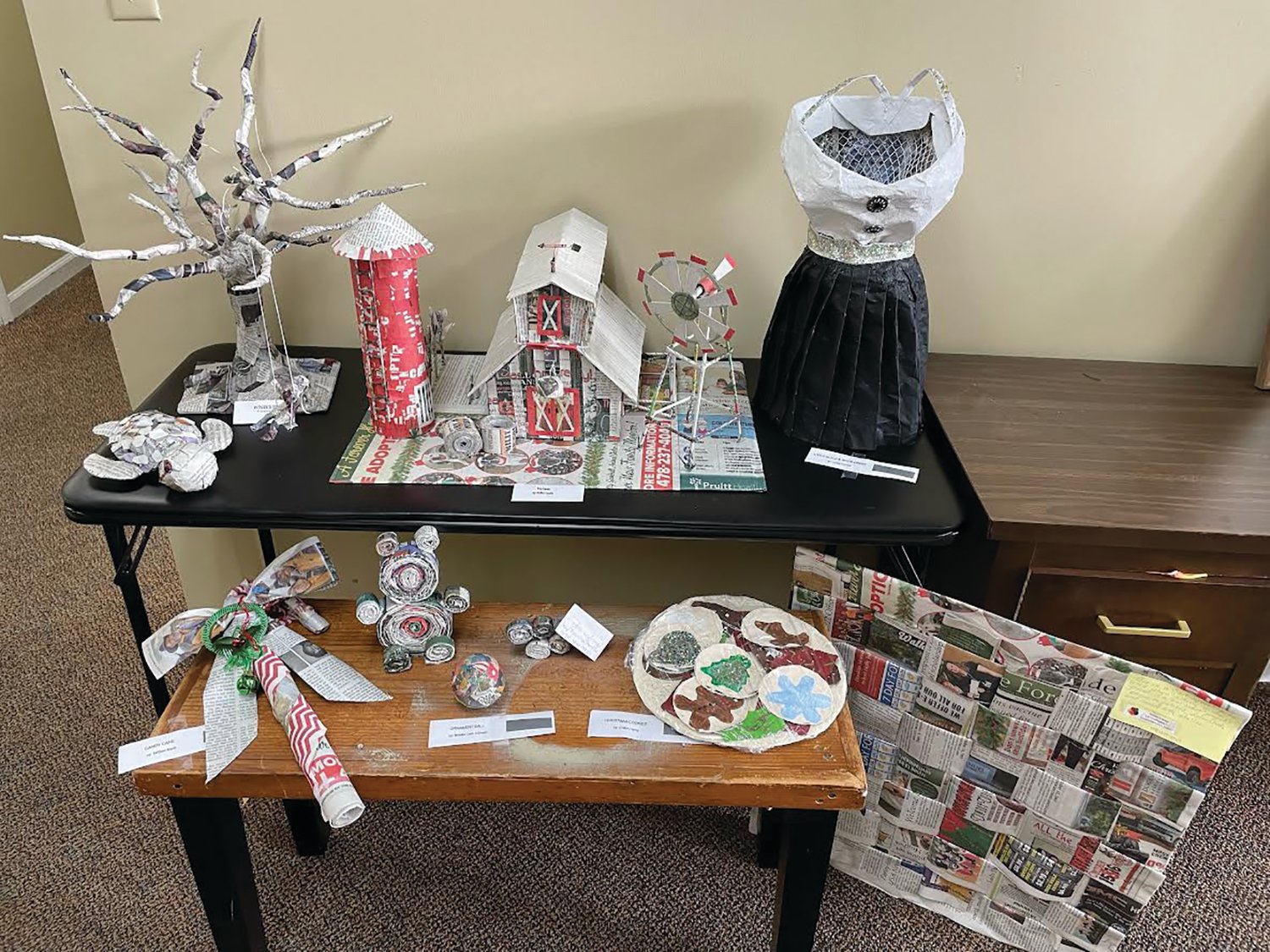 It’s been 160 years since The Forest-Blade first opened its doors to share the voice of the people in our community. Like Emanuel County itself, our beloved paper has seen the times change with the generations that have called our home their own, since 1861. From the beginning of our establishment to the present day, we’ve weathered times together that go down in history. To commemorate our 160 years here in Emanuel County, we began the year of 2021 with the inspiration to involve the residents of our communities in different contests each month. Some shared their artistic side while others waved their brilliance by solving puzzles that were drafted into our editions. No matter what it was, the community didn’t disappoint and neither did we, because with those different monthly contests also came a consistent cash prize of $160.00 in respect to the 160 years that we’ve been enlightening you on local news and events. To conclude this year's celebration, we spent the month of December inviting our natives to share their artistry and craftsmanship by using their talents and some of The Blade’s past editions to create a sculpture of anything their heart desired. The cash prize however was a little higher in value than the previous $160.00 that had been presented to each monthly winner of past competitions, $1,440.00 higher to be exact. While there were many extremely talented locals who graced us with their masterpieces, only one name could be written on the $1,600 check. After some strategic voting, The Forest-Blade is proud to announce that the winner of this month's contest is 35-year-old Mallory Smith of Swainsboro. She prevailed over multiple, talented contestants with her display of a South Georgia Farm made entirely of different The Forest-Blade editions from this past year. “It took me about a week to come up with something. At first I considered doing a life size Christmas tree but then the thought of doing a barn hit me and I just kept coming back to a windmill. I wanted to create a windmill.” Smith explained. So, that's just what she did, and through the creation of a beautifully crafted paper windmill came the replica of a barn adorned with its own gooseneck light that overhangs the sliding front door. Next to it lays a cornfield that at first glance would take you to a Sunday dirt road drive in the middle of a sunset. In front of the barn you’ll see two bales of hay ready to be loaded for this seasons livestock. On the right side there's a wooden fence lined with as many stories as the one in grandpa’s yard. Stacked neatly against the barn, just in time for winter, you’ll find paper logs and next to them a stump telling mother nature's age with rolled lines throughout its middle. Sitting atop of it is a perfectly crafted axe waiting for its next swing and standing tall at the edge of the property is a silo waiting for spring to bring its seasonal crop with a ladder attached to the front that seemingly begs the child in all of us to climb on up. Originally a Tampa Florida native, Mallory moved to Swainsboro roughly five years ago and has come to love the community that she now calls home. “Growing up I was always back and forth between Georgia and Florida but I love the south. I love Georgia and the slow and steadiness of it all.” Mallory also recently found out that she has roots here in Swainsboro that run a little deeper than she could have ever possibly realized. “I recently discovered that I’m a descendant of James M. Parrish, who first owned and built Parrish Mill Pond at George L. Smith State Park. He’s my great, great grandfather.” Without knowing that information before she moved to Georgia, she found herself in Swainsboro where she fits right in. The sculpture truly embodies what is the backbone of small town America and Emanuel County itself. “I’ve always been scared to do something like this. Everybody has always pushed me to do it but I just never had the nerve to because I’m an introvert and don’t like being in the limelight. I didn’t have faith in myself.” But as fate would have it, Mallory took a chance on our contest and we’re so happy that she did. She completely outdid herself with her detailed, artistic design and we hope that she and other locals who are scared to step out of their comfort zone will make a resolution to try something new this year, because who knows, it could potentially make you $1,600 richer.