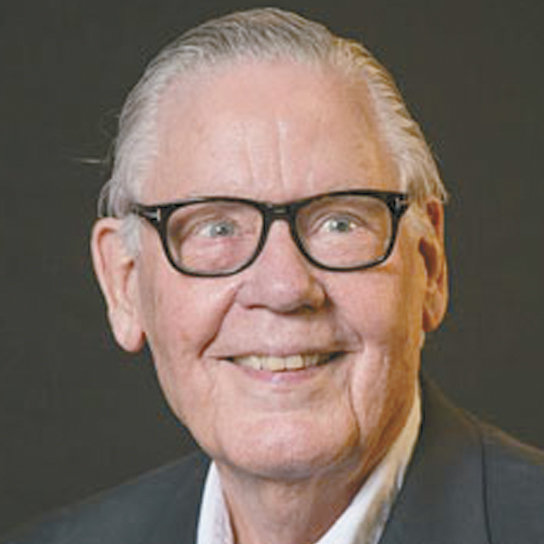 Vengeance is mine sayeth the Lord in Deuteronomy 32:35. Brian Kemp is too nice a guy to say something like that publicly, plus he has been a bit too busy recently to be poking around in Deuteronomy. So, I will say it for him. Vengeance is his.

Kemp defeated Democrat and national media darling Stacey Abrams 53.4% to 45.8% and was reelected to a second term as Georgia’s 83rd governor, The margin was wide enough that Abrams actually conceded, unlike 2018.

Abrams’ defeat has definitely put a kink in her plans to become President of the United States, disappointing her liberal sycophants who poured nearly $100 million into her failed campaign. Give me $100 million and I could get elected pope or coach Auburn football.

I haven’t had the time or inclination to go back through my emails and reread the diatribes I received from RITOOs (Republicans in Trump’s Orbit Only) who justified booing Brian Kemp at the 2021 Georgia Republican State Convention on Jekyll Island because they thought that he and Secretary of State Brad Raffensperger didn’t do enough to help Donald Trump claim victory in Georgia. Bless their hearts.

My question is if Trump was so all-fired popular why was the election so close that he and his minions had to claim it was stolen? I don’t remember Ronald Reagan having that problem when he waxed a Joe Biden look-alike named Walter Mondale, winning 525 electoral votes and 58.8 percent of the popular vote. By the way, no other candidate in history has matched Reagan's electoral vote total. (Pause here while RITOOs boo that. RITOOs would boo the Easter Bunny.)

Speaking of Reagan, he and Kemp share a common trait. You can underestimate them at your peril. After all, Ronald Reagan was a former actor who supposedly wasn’t into details. (And who got the Soviet Union to tear down the Berlin Wall and change the course of history.) And Brian Kemp? Just a good ol’ boy with a Southern drawl and a crooked grin from Athens, Georgia? Yeah, right.

Donald Trump and his boo-bird RITOOs found out the hard way who and what they were dealing with. They gave Brian Kemp their best shot and he never blinked. The Donald openly declared he would rather have Stacey Abrams as governor of Georgia. (Sorry about that, The Donald.) He then sent in former U.S. senator and wooden Indian David Perdue to bring down Kemp in the Republican primary and we all know how that turned out. Brian Kemp rolled Perdue like a cheap cigar, winning the primary with 73% of votes to Perdue’s 22%.

Brian Kemp withstood the rants and threats of a petulant, mean-spirited narcissistic ex-president who cares more about revenge than he does the future of his party and then took on the Pride of the Democrats with all of her celebrity endorsements, awning media and bulging bank account and he whipped her, too. Anybody else want a piece of Brian Kemp?

If I were David Shafer, chairman of the state Republican Party, I would be looking for a new job and if I were Brian Kemp, I would see that he got one. Maybe in Outer Mongolia.

Shafer was part of a plot to put together a slate “duly elected and qualified” electors pledged to Donald Trump despite the fact that Secretary of State Raffensperger wouldn’t “find” 11,000 votes to overturn Joe Biden winning the popular vote here.

The intent of the scheme was to pass on a different set of certificates to then-vice president Mike Pence in the hope he would count them, rather than the authentic certificates and, thus, overturn Biden's victory. Pence didn’t and all it got Shafer and his pals was a bunch of subpoenas to explain what in the world were they thinking.

Although I am admittedly on the outside looking in, I see that clumsy episode as Shafer’s loyalty being toward the man who tried to sabotage Gov. Kemp’s reelection efforts and not toward helping the incumbent Republican governor in what looked at the time as if it was going to be a tough campaign.

But it matters not. Voters chose to give Brian Kemp four more years as Georgia’s governor by a comfortable margin. After the votes were tabulated and he was declared the winner, Kemp told his supporters, "It looks like the reports of my political death have been greatly exaggerated," Yes, governor, they were. Just ask Donald Trump and Stacey Abrams. And now vengeance is yours. Enjoy.

Not a Joke, folks