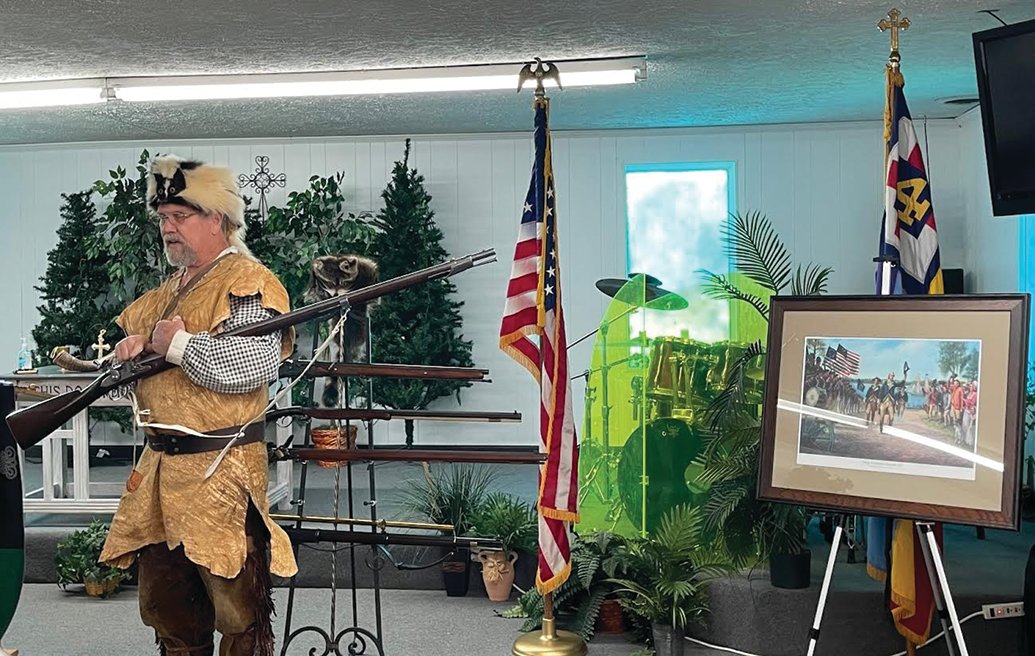 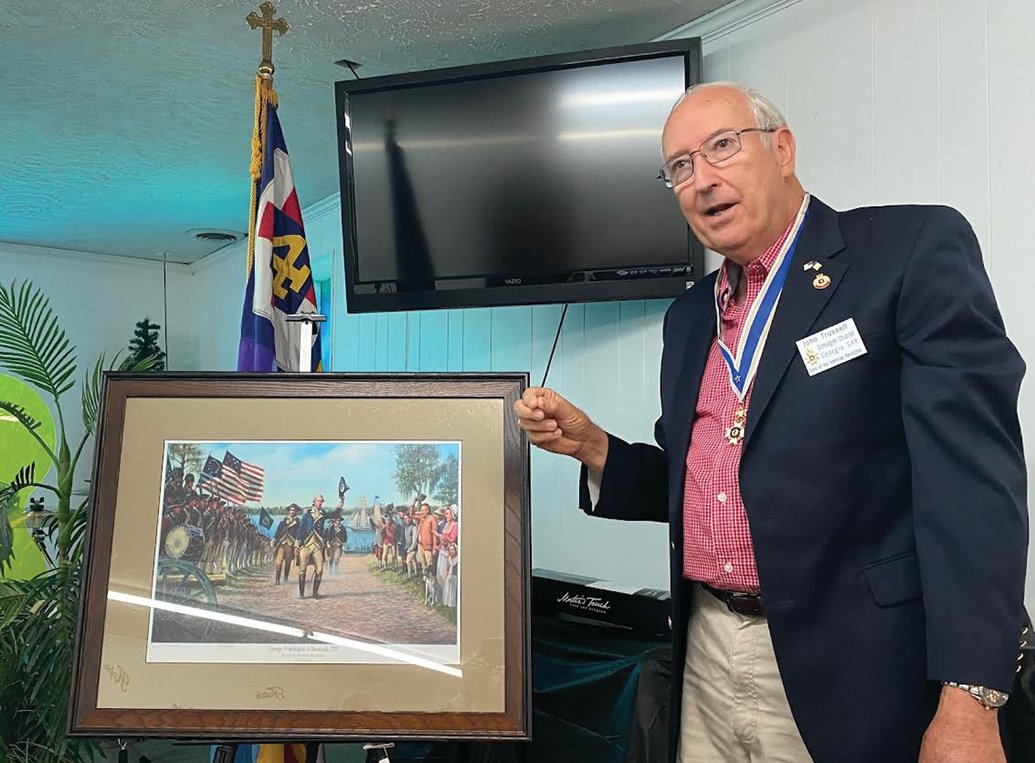 The John Milledge Chapter Georgia Society Sons of the American Revolution held its monthly meeting, Wednesday, October 19, at New Life Foursquare Church in Milledgeville at 12 p.m. with President Terry Stair presiding and 16 attendees present. The program for the meeting was presented by Compatriot Steve Burke who is Vice President of the Wiregrass Chapter in Swainsboro and lives in Millen with his wife Renee. His presentation was on "Sharpshooter's Shooter, the History of the American Sharpshooter”. Burke began by telling the Chapter all about the period rifles that he brought for demonstration, one being the Matchlock 50 cal. musket (1600's), which had a burning piece of rope that would fall onto the powder when the trigger was pulled. The flintlock (1700's) eventually replaced it and had a much better ignition system, and came in rifled 50 Cal. barrels, 69 Cal. and 75 Cal. smooth bore muskets that could mount a bayonet for hand-to-hand fighting. In 1842, the percussion cap was invented to replace the flint on the rifle and smooth bore muskets. The fourth weapon that Burke presented was the sniper percussion cap smooth bore Whitworth 45 Cal. musket. Compatriot John Trussell then talked to the Chapter about the Kettle Creek Battle numbered prints that the Georgia Society has for sale.