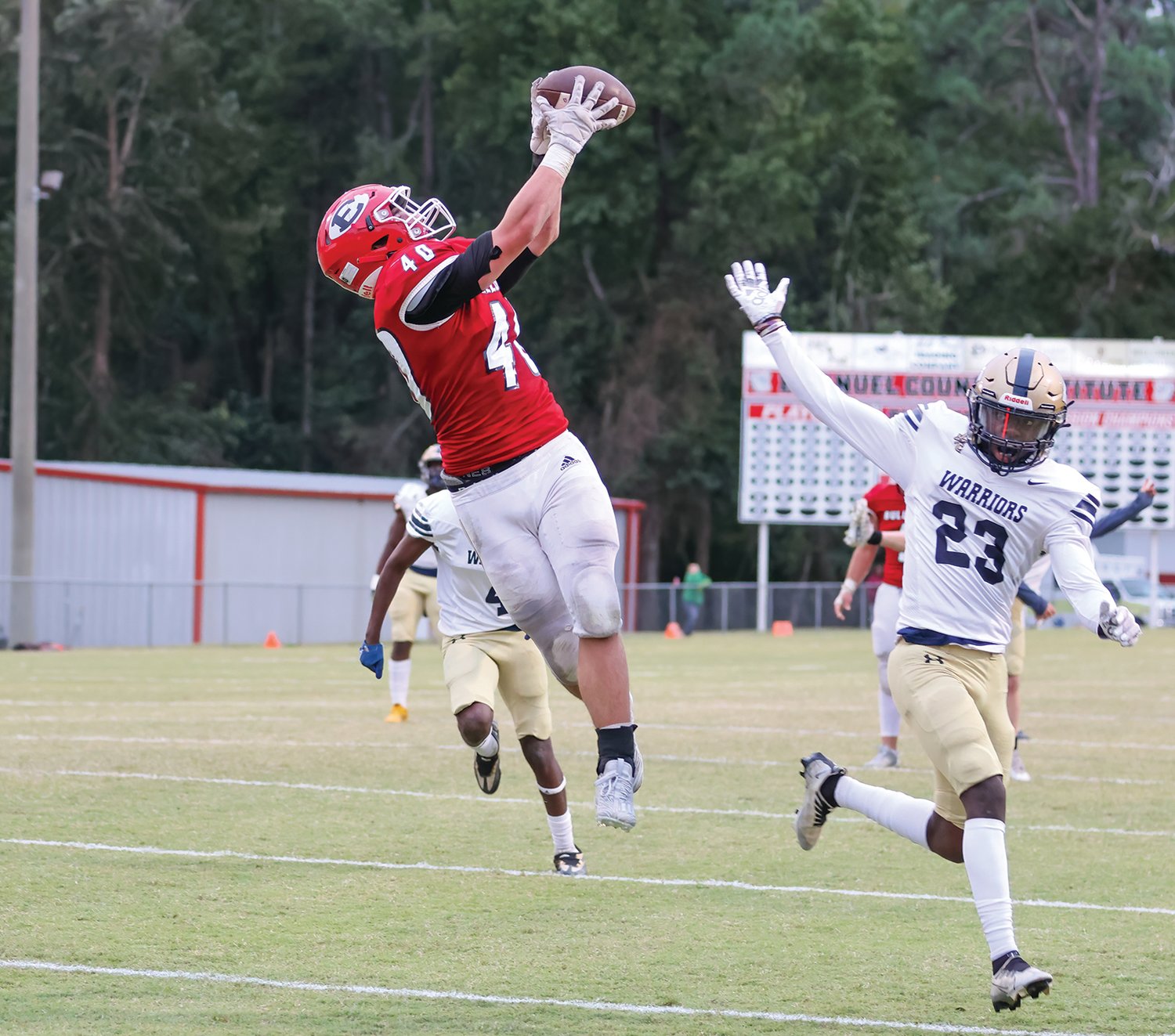 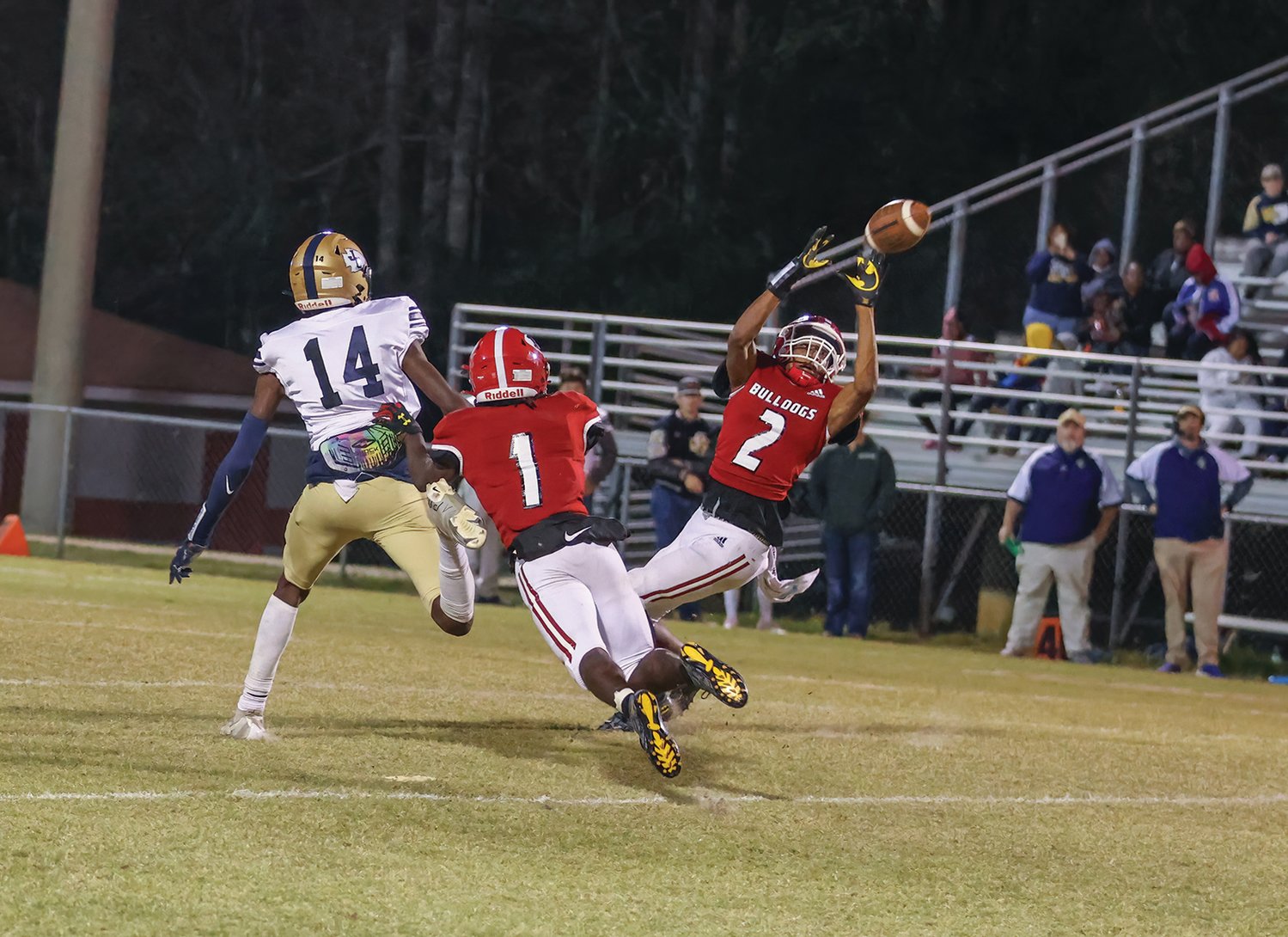 It took six games, but the Bulldogs are finished with their non-region schedule. They will open up their region schedule on October 14 when they host Portal. With the realignment, there are only 5 football playing teams in region three this season. Including Portal, the Bulldogs have regions games with McIntosh Co., Jenkins Co. and Montgomery Co. left in the regular season.

All teams left to play are having one of their better seasons this year. With the top 4 teams entering the state playoff, just one team will sit after the tenth game of the season, making every game important. ECI joined most of south east Georgia and rescheduled their game for Thursday against Jefferson Co. The Bulldogs have been stingy with the ball having very few turnovers this season. Thursday they overcame 3 turnovers to defeat the Warriors 34-27 in a back and forth game that wasn’t decided until the final 2 minutes of the game. “Homecoming is once again in the books and not without some fireworks”, commented coach Chris Kearson after the game. “We played decent at times on both sides of the , but we turned the ball over 3 times which is uncharacteristic for us. We kept going back and forth and found a way to get a stop and punch a score in late to retake the lead for good in the fourth quarter and sealed it on defense. Super proud of our kids fighting for 48 minutes”.

JEFFFO opened up the game scoring on the opening possession of the game to put ECI down 7-0.

The Bulldogs returned the favor marching 70 yards ending in a 15 yard touchdown run by PJ Farnum. EP try was no good for a 7-6 Warrior lead. ECI took the lead after stopping Jefferson on fourth down. On the second play after the stop, Farnum took it to the house weaving his way on a 63 yard touchdown run for a 13-7 ECI lead in the first quarter. Two turnovers ended the Bulldogs scoring threats in the second quarter. The Warriors scored their second touchdown of the game on a 14 yard catch. The extra point try was no good with both teams entering the locker room tied at 13-13.

The Bulldogs came out at the break and like last week against JOCO, put points on the board. Overcoming 20 yards in penalties, ECI gave the Warriors a big dose of Farnum and Tuff Boddiford on the ground. On third and 18 at the JEFFCO 22, Bryce Kearson found Hudson Henry, who made a leaping catch at the 5 for a Bulldog touchdown. The EP try was once again missed and ECI led 19-13 with 6:26 left in the third quarter. The Warriors matched ECI’s touchdown after the Bulldogs’ score on an eight yard catch and run. The Bulldogs blocked the EP try and the game was once again tied 19-19 at the end of the third quarter. On the first play of the fourth quarter, Farnum burnt the Warriors for a 79 yard touchdown. EP was true with ECI taking back the lead 26-13.

The Warriors took their first lead of the night midway through the fourth quarter. After a 35 yard catch and score, Jefferson made a successful 2 point try after touchdown to put ECI down 27-26 with 6 minutes left in the game. The Bulldogs turned the ball over on downs on the ensuing possession giving the ball back to the Warriors with 3:45 left in the game. With ECI out of timeouts, the Warriors had the possible game in their back pockets just running out the clock. On second down Jefferson hopes of running out the clock ended when Cordarius Lee intercepted an ill advised Warrior pass at the JEFFCO 38 yard line. After a Boddiford 11 yard run on the first play and with the Warriors keying on Farnum, Kearson called his own number avoiding a Warrior at the edge and scored on a 27 touchdown run. The Kearson to Hudson pass for two point try was good and the Bulldogs led 34-27 with still 2:06 left in the game. The Bulldog defense pinned their ears and sacked the Jefferson quarterback on the first play and ended the game on a 17 yard sack for loss to end the game to preserve a needed 34-27 win. Once again the Bulldog run defense turned it up in the second half, holding the Warriors to just 18 yards rushing in the last two quarters.

The Bulldogs rushed for 357 yards with Farnum leading the way for 218 yards on 20 carries and 3 touchdowns. Boddiford ended the game with 84 yards.

Kearson was 3-5 for 61 yards with Cordarius Lee, James Parker and Hudson catching the three balls.

Region play the rest of the way, with the Panthers from Portal visiting Rountree Stadium on October 14.