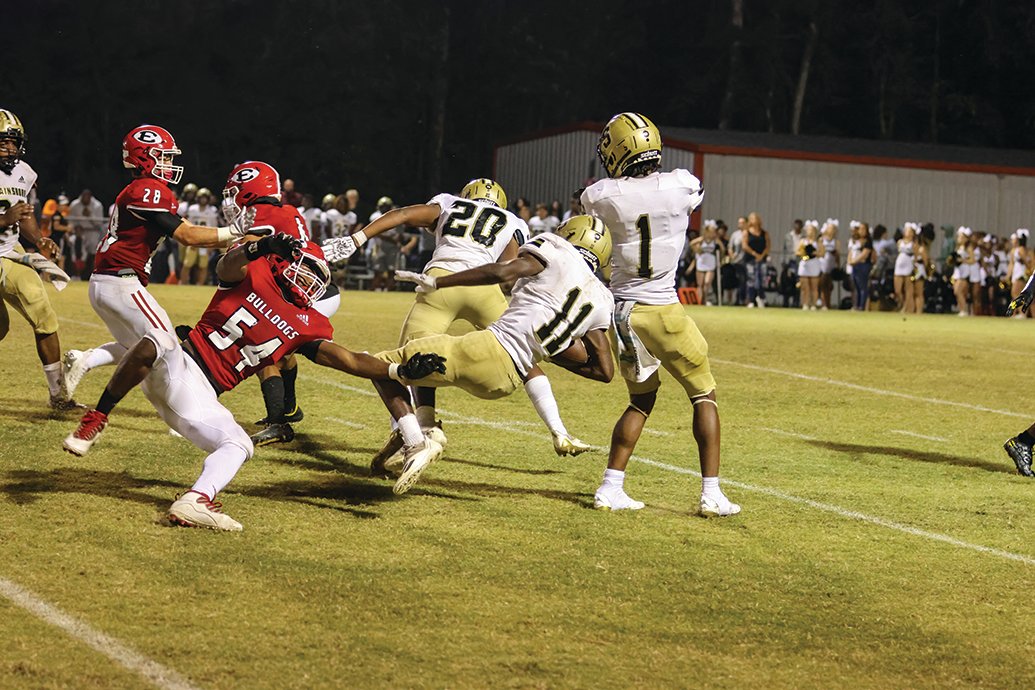 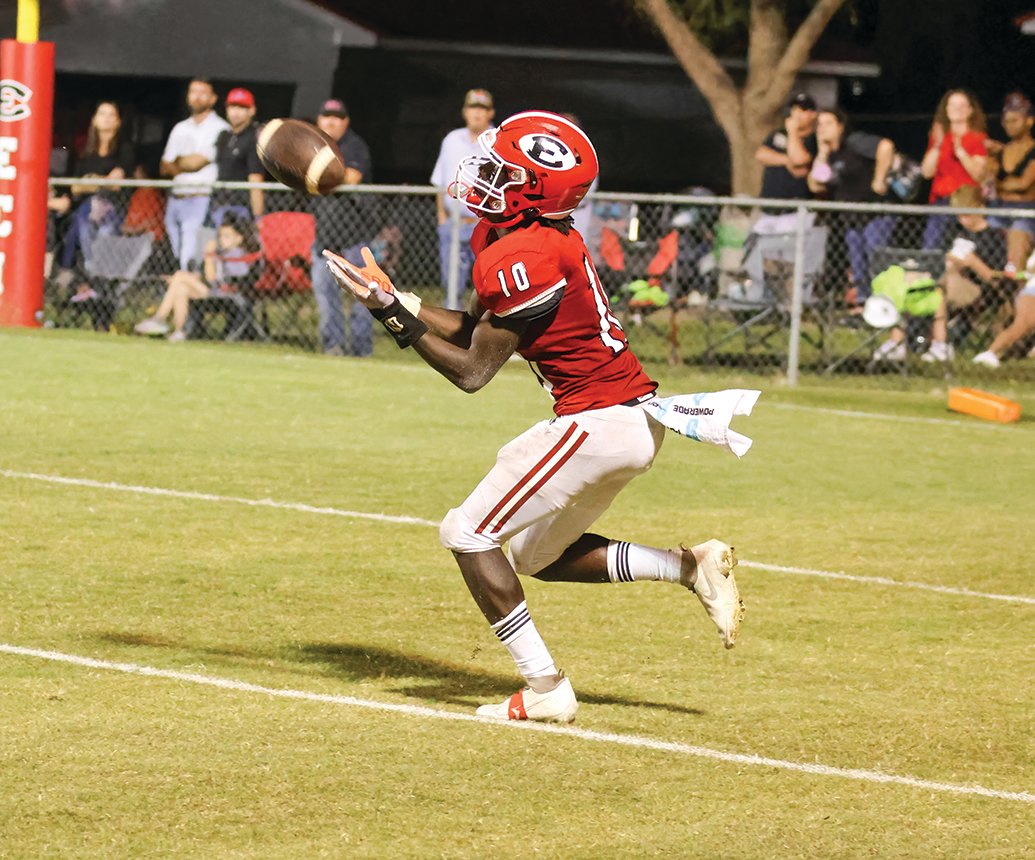 ECI and Swainsboro tangled Friday night with the Tigers avenging their last visit to Rountree Stadium when they lost to the Bulldogs 62-27. The Tigers trounced the Bulldogs 41-12 dominating both sides of the ball.

For the second game in a row the Bulldogs defense yielded over 300 yards rushing, giving up 82 points the last two weeks. The Tigers found a lot of room on the edge creating a lot of space against the Bulldogs.

” Credit to Swainsboro for their game plan, they were as good as advertised,” commented head football coach, Chris Kearson.

The Tigers took the opening kickoff and put the ball in the end zone on the fourth play when Jones found paydirt from 18 yards out for a 7-0 lead just two minutes into the game.

The Bulldogs started their next drive at the 31. ECI drove the ball 69 yards in 18 plays all on the ground, except for a 9-yard reception by Lawson Mercer, taking over nine minutes to score their first touchdown on a 2-yard run by Cordarius Lee.

After a 15-yard penalty, the long extra point try hit the upright with the Tigers leading 14-6 with just 48 seconds left in the half.

The Tigers took away any momentum the Bulldogs might have had after their long drive. Matthews outkicked his coverage with Swainsboro taking the kickoff down to the ECI 26 with 35 seconds left.

The Tigers made short work of the 26 yards scoring on three running plays with six seconds left to lead 21-6 at the break.

“I saw glimpses of things we can do offensively, but we’ve got to do better on defense,” commented coach Kearson. The last drive in the second quarter for us was what we pride ourselves on, but to turn around and give up a huge kickoff return and later touchdown was not good.”

You want to come out of the locker room and establish yourself on offense and get a rhythm. The Bulldogs had that in mind when they started the second half.

After a pretty much flag free first half, the referees made up for lost time throwing a total of 14 penalties in the second half.

After three consecutive penalties ECI found themselves way behind the chains and could not overcome the third and 25, punting the ball back to the Tigers to begin the third quarter.

It would only take two plays for the Tigers to establish themselves when Adams called his own number from 20 yards out to put the Bulldogs down 27-6.

Swainsboro extended their lead late in the third quarter to put the Bulldogs in the hole 34-6 and added one more in the fourth to lead 41-6.

ECI scored on their only possession of the fourth quarter on another 69 yards drive. Bryce Kearson hit freshman Tyler Foreman at the five for a Bulldog touchdown to make the final score 41-12.

PJ Farnum led ECI on the ground with 18 carries for 79 yards. Kearson was 5-11 for 52 yards and one touchdown.

The Bulldogs have two more non-region games before they start region play in Portal on October 14. This Friday they will travel to Wrightsville to take on the Trojans from Johnson Co. and will host the Jefferson Co. Warriors on September 30, at Rountree Stadium.