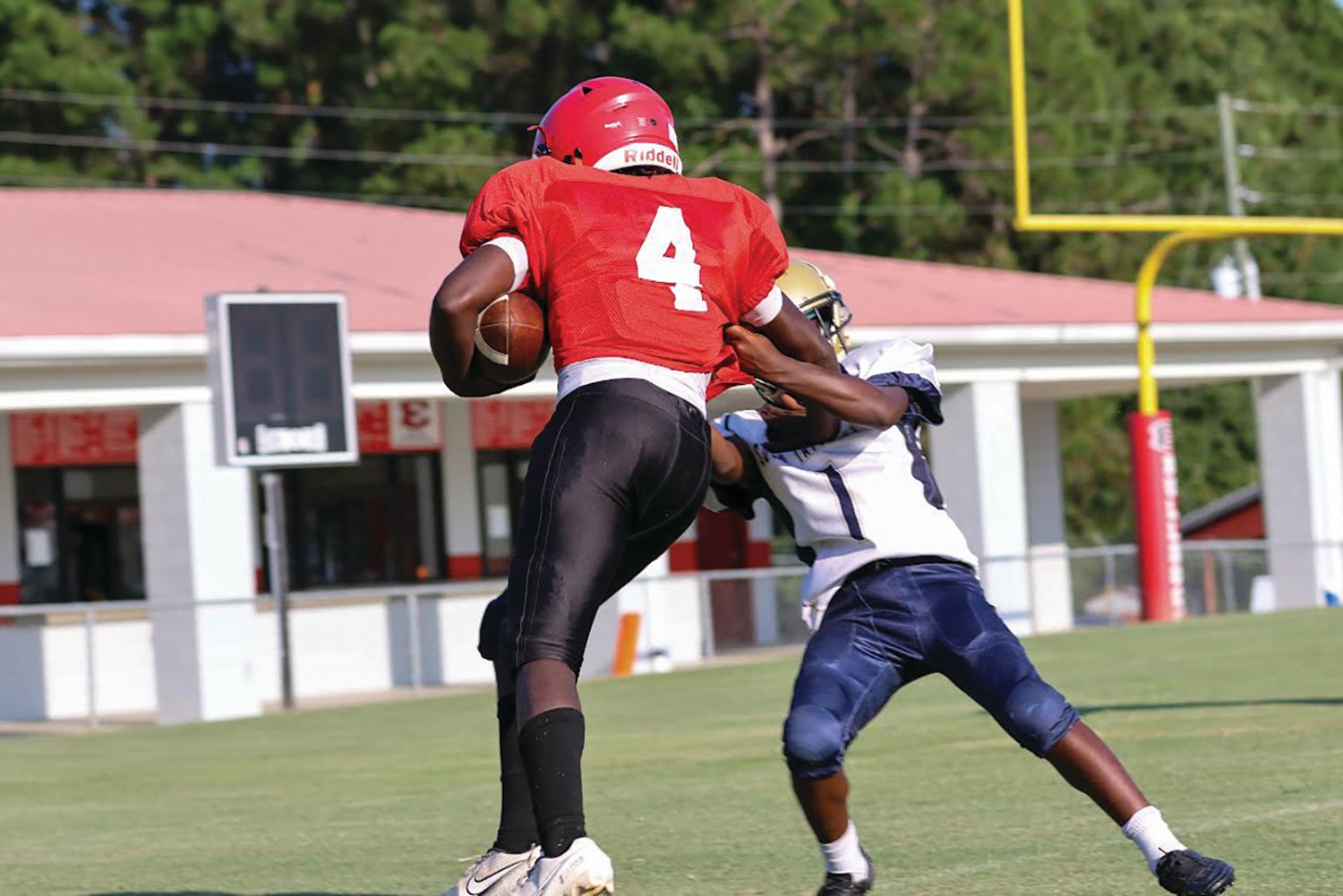 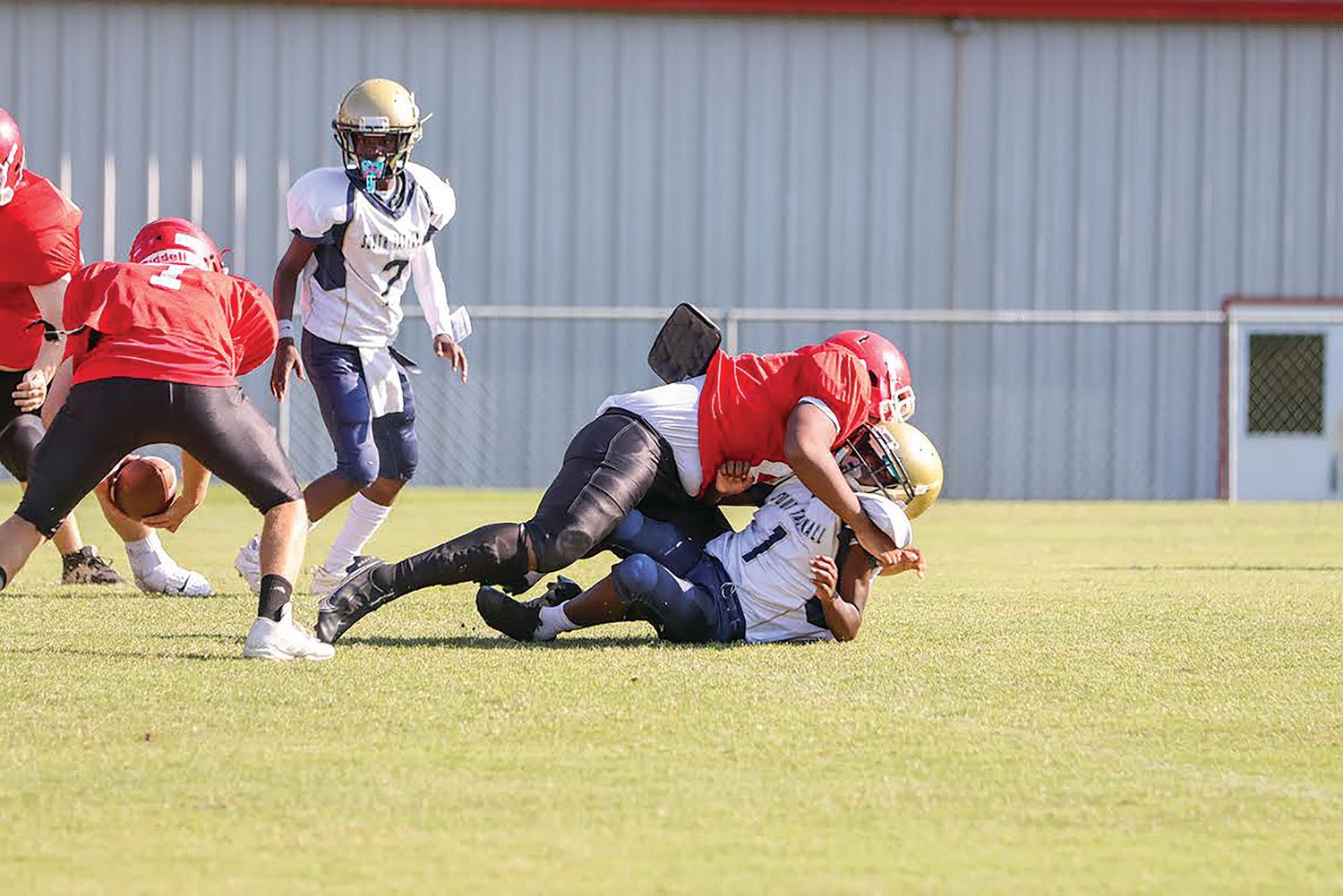 The ECI Middle School football team has been impressive this season. Not only are they undefeated at 3-0 but their defense has been putting up goose eggs on the scoreboard having not given up a point.

The Bulldogs have outscored their 3 opponents this season 158-0 with the offense matching the intensity of the defense.

Two weeks ago, they demolished Metter at Tiger field 56-0. Last Wednesday they easily took care of South Tattnall 54-0 in a game that wasn’t as close as the score would indicate.

Monday 19, the team had a make-up game against Bryan Co. who had to postpone twice this season because of wet field conditions in Pembroke.

The Bulldogs posted another shutout while the offense continued to click with a 48-0 win over the Redskins.

In the game against South Tattnall last Wednesday, the Bulldogs set the tone of the game on the first play of the game.

Defensive tackle Patron Mack broke through the line of the first play on a jarring tackle on the Tattnall runner causing a fumble. Ab March picked up the loose ball for a scoop and score less than a minute into the game.

It was all downhill from there as the Bulldog defense held Tattnall to minus yards of offense during the game. The offense was just as dominant, scoring 7 touchdowns, putting points on the board in each of the eight-minute quarters.

Because of the makeup game against Bryan Co. Monday, the Bulldogs will have a rare two game week. They will play their second game of the week Thursday when they travel to Jenkins Co. to take on the Eagles.

Eagles return from Watkinsville with 42 – 2 win

Lady Dawgs Improve to 5-0 in region