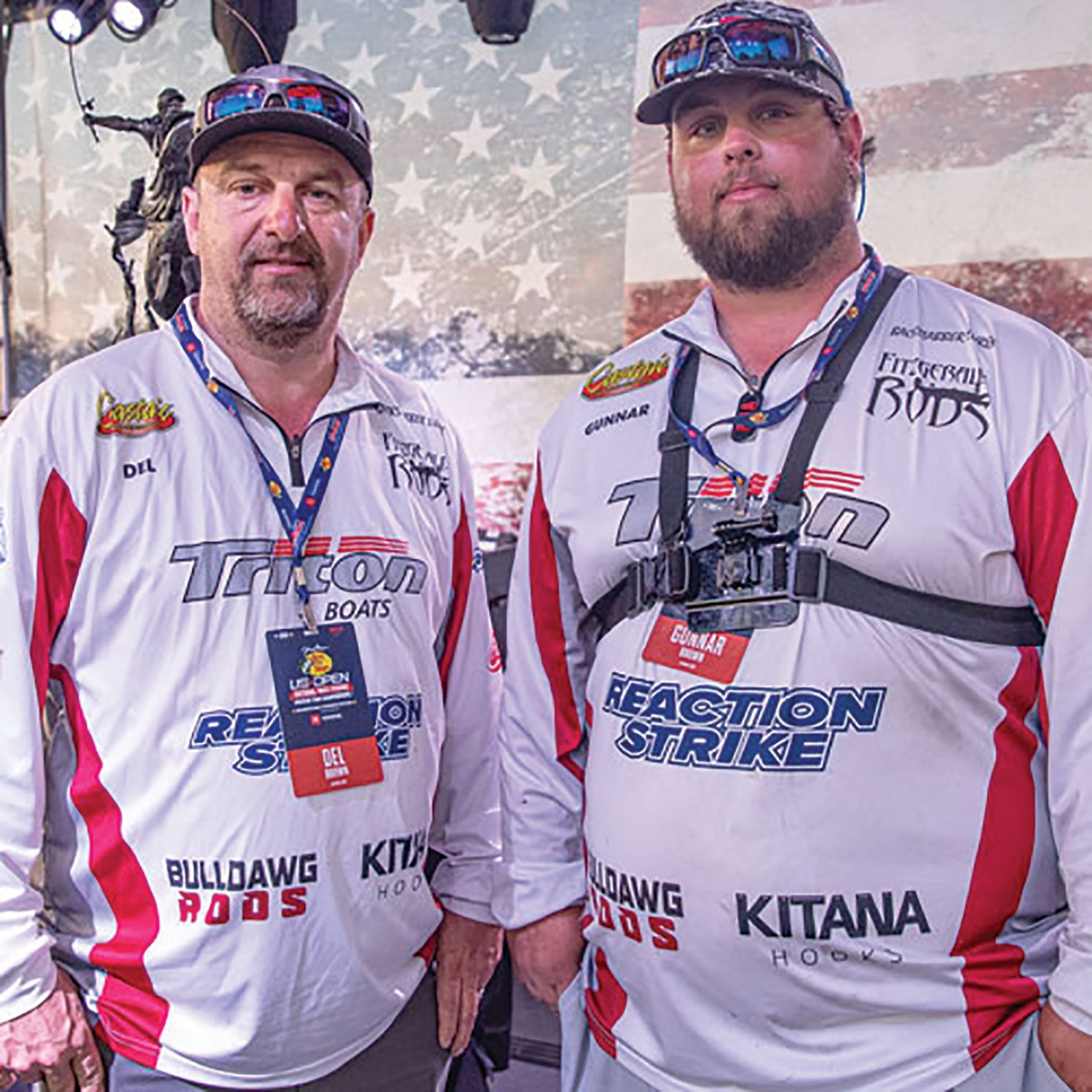 Del Brown and his son Gunnar Brown are anticipating the days remaining before they take the road to attend the Bass Pro U.S. Open National Bass Fishing Amateur Team Championship at Table Rock Lake in Branson, Missouri. The father-son tag team received their ticket to the championship after placing 12th in the top 40 of 250 teams while competing at Lake Okeechobee in March of this year, just one of eight regional qualifying events leading up to the national amateur championship set for later this month. The Browns will be leaving the week after next to attend the 3-day event on November 19 through November 21.

“We were selected by random draw to attend the tournament at Lake Okeechobee. Of course, we were excited to have the opportunity to go to the championship and you always want to think you’ll do good but we exceeded our expectations at the qualifying event,” Del stated.

Not only did the Browns place 12th, Gunnar also won biggest fish in the Family Team division with a 7.21 bass catch.

Preparing for the big day, the Browns have been busy doing their research and planning for the trip on top of living their everyday normal lives.

“These are new waters. It’s deep water and it’s clear water. We want to be as prepared as much as possible. Someone once told me before that when you’re fishing, you got to pay attention to what the water is telling you. At that time, I’m was like, ‘Water can’t talk,’ but I realized what that person meant when I got out on the water and began paying attention. The water does tell you a lot,” Del stated. “It could be the wind, the ripples on the water, the depth of the water. You have to pay attention to small details like where the birds are located, are there any pebbles and shells noticeable or structures or green vegetation. All those things are important. It’s like a puzzle you have to piece together and figure out where the fish are,” he further explained.

This year marks the third year of Del and Gunnar participating in tournament fishing as a team. It all started when Del attended a fishing tournament with his son a few years back. On the way home from their first tournament together, the two made a pact, or deal per say.

“I told Gunnar that if he would sale the boat I was pulling behind the truck that I would take the funds from the sale and match the funds to purchase a better boat. In less than an hour, Gunnar had the boat sold and the rest has been history,” Del explained.

As the days are winding down before their big trip to Missouri, the excitement, anticipation and nervousness is setting in but the Browns are going into the event with the mentality of winners.

The event will be streamed live on national television and can be viewed on NBC. The winner of this event will receive 1 million dollars to split between partners. Each partner will also win a new 21 foot Nitro boat (fully loaded) and a new 2021 Toyota Tundra each.

“We’ve got a lot of local sponsors that we’re so thankful for. Be sure to look for our truck when watching television. If you see our truck, the truck covered in the many local sponsors who have helped us get to where we are, then we’re probably doing okay,” Del concluded.