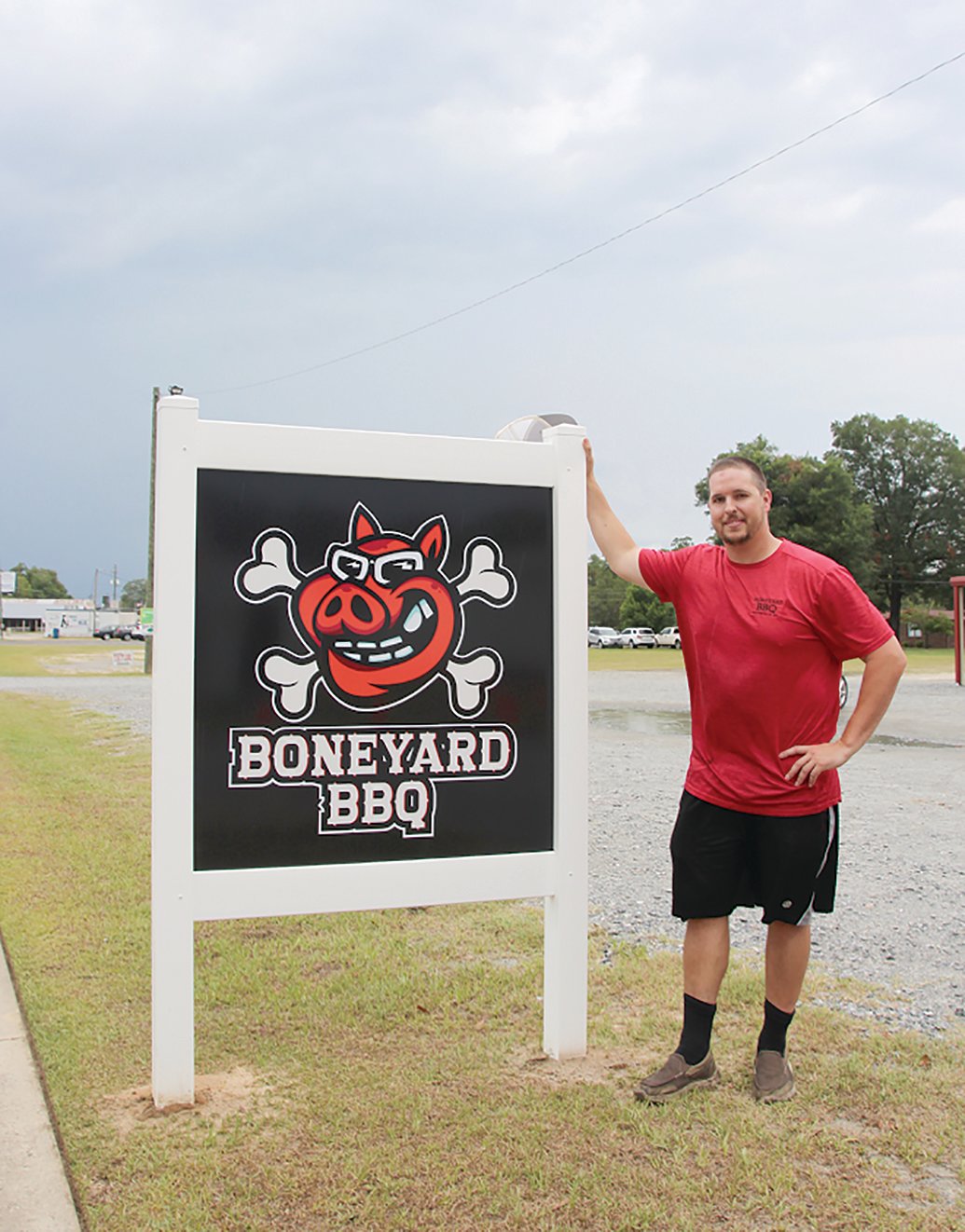 For the third consecutive year, Boneyard BBQ in Reidsville has been voted by its loyal and new customers as the BEST BBQ in Tattnall County for 2022.

"I am really appreciative of this honor and thank all those who dine with us and voted for Boneyard BBQ. I see many customers in the restaurant who are here several times a week. Patronizing your local restaurants and other merchants is simply good business for everyone concerned," said owner Shot Scarboro.

Boneyard BBQ opened in Reidsville in November of 2018 by Shot and his brother, Scrap Scarboro. Their parents, Wayne and Wanda Scarboro, live in Swainsboro, and they opened the original Boneyard BBQ in 2013 in Soperton. Shot commented that the restaurant in Soperton has been successful and has been expanded, too.

In October of last year, Shot bought his brother's interest in the Boneyard BBQ in Reidsville, and Scrap continues to own and operate the restaurant in Soperton with their parents. Scrap and his wife, Heather, live in Swainsboro, with their children, Lainey, Leanna, and Luke.

"I worked at Vandy's in Statesboro when I was in college, starting as a bus boy and leaving there as assistant manager. I was a teacher and coach in the Evans County School System for several years, but I liked the restaurant industry and wanted to make that investment," said Shot.

The location is on the right as one enters Reidsville (from Glennville) at 183 S. Main Street. The site offers plenty of parking, and the 2400 square foot restaurant area is ample space for dozens of diners. An attached open patio is perfect for those who may have a pet with them or simply would like to dine outside. A convenient drive-thru for pickup of orders is provided, too.

Boneyard BBQ has awesome specials that attract their customers. On Monday, "Hot Mess" is offered, which is a mixture of their leftover ribs and chicken along with mashed potatoes and several barbecue sauces. This is a really tasty concoction that brings in their Monday customers, similar to a loaded bake potato, but even better! Pork chops, fried or grilled, are also available on Mondays.

Tuesday's specials are hamburger steaks and nachos, and any choice of meat can be added, and even chicken fingers.

Wednesday is "Wings," and these are a favorite with many of Boneyard BBQ's customers.

Thursday and Friday specials are fried fish and shrimp, and these are probably their most popular menu items.

"Of course, we offer catering services, too, at your place or ours, if it is after our closing time of 8 p.m. We have catered wedding receptions, family and class reunions, business meetings, and private functions. Just call us, and we can discuss your food options for your next big event," said Shot, with quite a few catering events held at the Jack Hill State Park in Reidsville. Shot will also rent his facility for a private event, if requested.

"We have been faithfully patronized by the local schools, catering a meal to them every Friday, at Collins Elementary and Reidsville Elementary. This has really been good for morale for the teachers, too. We have also delivered to Optim Medical in Reidsville," said Shot.

Barbecue is often requested, and many customers purchase it by the half pound or pound. Boneyard BBQ's ribs and brisket are other menu items that are the chief choice of customers.

Other menu items include chicken (1/4 or 1/2), chicken fingers, and a variety of sandwiches, with a kids' menu and family specials. For the sweet tooth in most of us, choose from Oreo pudding and banana pudding. Beverages include lemonade, Coke products, and sweet and unsweet tea.

"We weathered COVID, and we are thankful for the drive-thru that allowed us to survive those months of uncertainty for so many restaurants in our country. We are glad to be back to normal, and our customers enjoy the fellowship of dining with others," said Shot.

Shot lives in Statesboro with his wife, Caroline, and their two children, four-and-a-half-year-old son Cooper and soon to be two-year-old daughter Cameron. Caroline is a teacher at Langston Chapel Middle School in Statesboro.

Boneyard BBQ days and hours of operation are Monday-Friday, from 11 a.m. to 8 p.m., closed on Saturdays and Sundays. Order online at boneyardbbq.com and to see their full menu options. Phone number is 912-557-6330.