BOC Meets for Month of November 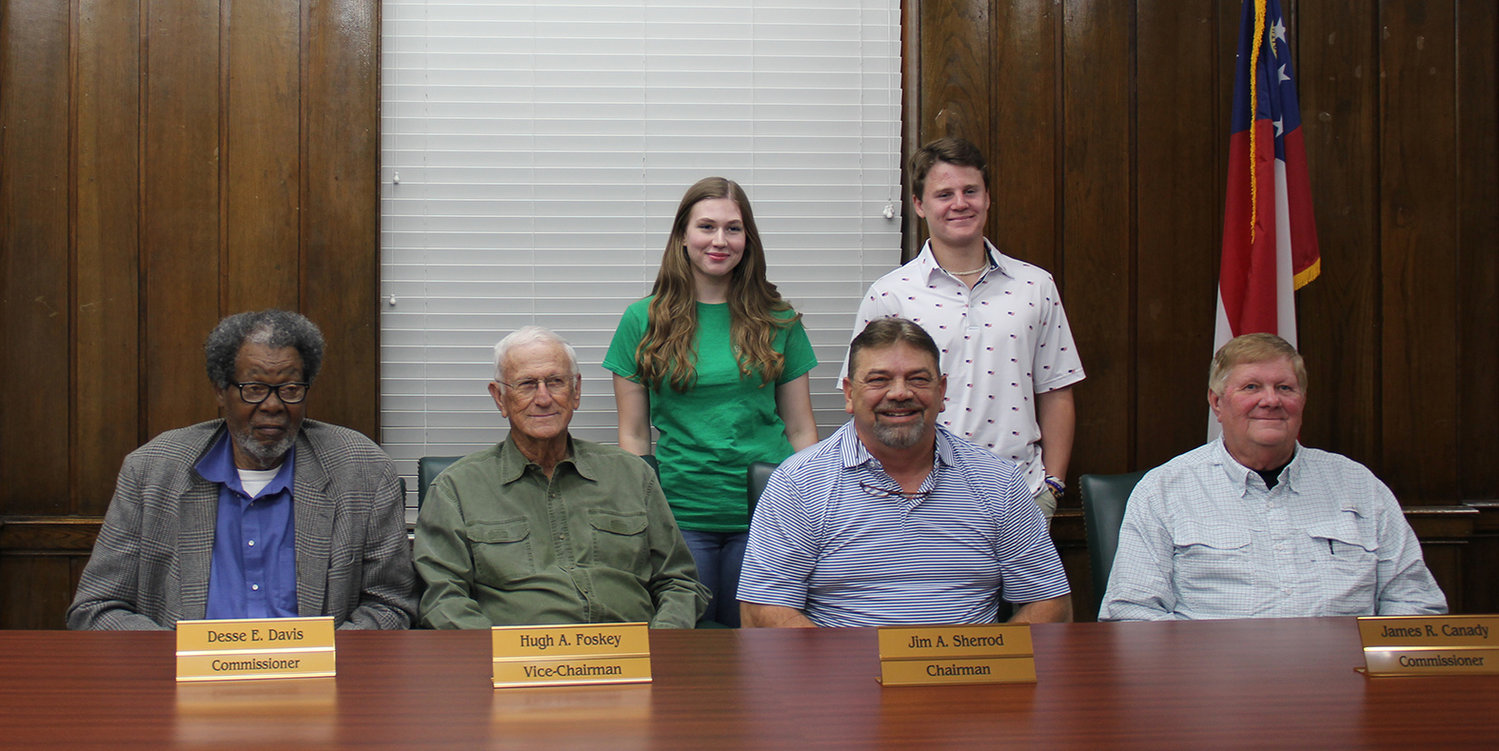 The Emanuel County Board of Commissioners convened for their regular scheduled monthly meeting on Monday, November 15, at 6 p.m. at the John C. Coleman Hotel. Chairman Jim Sherrod called the meeting to order and Commissioner Desse Davis gave the invocation. Vice Chairman Hugh Foskey then led in the Pledge of Allegiance. Minutes from the October 18 regular meeting as well as a special called meeting and a workshop meeting held November 4 were all reviewed and approved as presented.

In reference to new business

•Commissioners reviewed and approved changes to be made to the county’s financial policies update.

•County Administrator Singletary advised of board appointments needed to be made for upcoming vacancies on the Library, Tax Assessors and Health Department Boards. This announcement surpassed as a public notice. He advised that he would be reaching out to the individuals currently fulfilling the upcoming vacant chairs to see if they wish to seek re-appointment or if advertising should be done to fill vacant seats. Appointments for theses seats are to be made during the month of December.

•County Attorney Richard McNeely briefed the board on an opioid legislation for the county and discussed proposed settlement payments, appointment process and argument process. He advised that a resolution for this would need to be adopted by the board next month. Board members approved action to be made as discussed on the matter. Chairman Sherrod was assigned to be the representative for the legislation.

During the administrator update, Singletary briefed commissioners on the following:

•Seniors Rylie Rowland (DEA) and Savannah Reynolds (SHS) were introduced to board members and advised that the two students have been chosen to participate in a program that teaches about county government. These two students will be sponsored by the County Commissioners office for this program.

•Incoming population numbers were announced to be coming in which has led to the process of redistricting the county. New re-districting maps will be presented as soon as this project is complete. A special called meeting may be held to finalize district plans for the county. More information will be announced on this matter at a later date.

•Discussion of grants was then held and included talk of several grant applications being out right now, including a $10 million state fund grant for the purchase of the county’s emergency community system; a broadband internet coverage grant for broadband coverage to be installed throughout the county; a grant to be submitted for assistance with expenses of remodeling the county’s behavioral healthcare facility; as well as a soon-to-be submitted grant to the state for bonus pay for public safety employees – two application will be submitted for this state-funded project, one for full-time employees and the other for part-time employees and volunteers. Singletary also announced that renovation work for the county’s Senior Center broke ground Monday, November 15. This project is funded by $750,000 CDB grant funding.

•An update was then given on delayed work on the Emanuel County 911 building process.

•Lastly, Singletary advised of the need for volunteers for the upcoming construction of a volunteer fire station to be built in the northeast section of Emanuel County. Currently, this under-covered area pays class 10 insurance rates. The construction of the volunteer department will reduce the insurance rate, providing savings to the area residents and better emergency response time rates.

The meeting was then adjourned.