Board of Commissioners hear presentation from Tax Assessor Gray 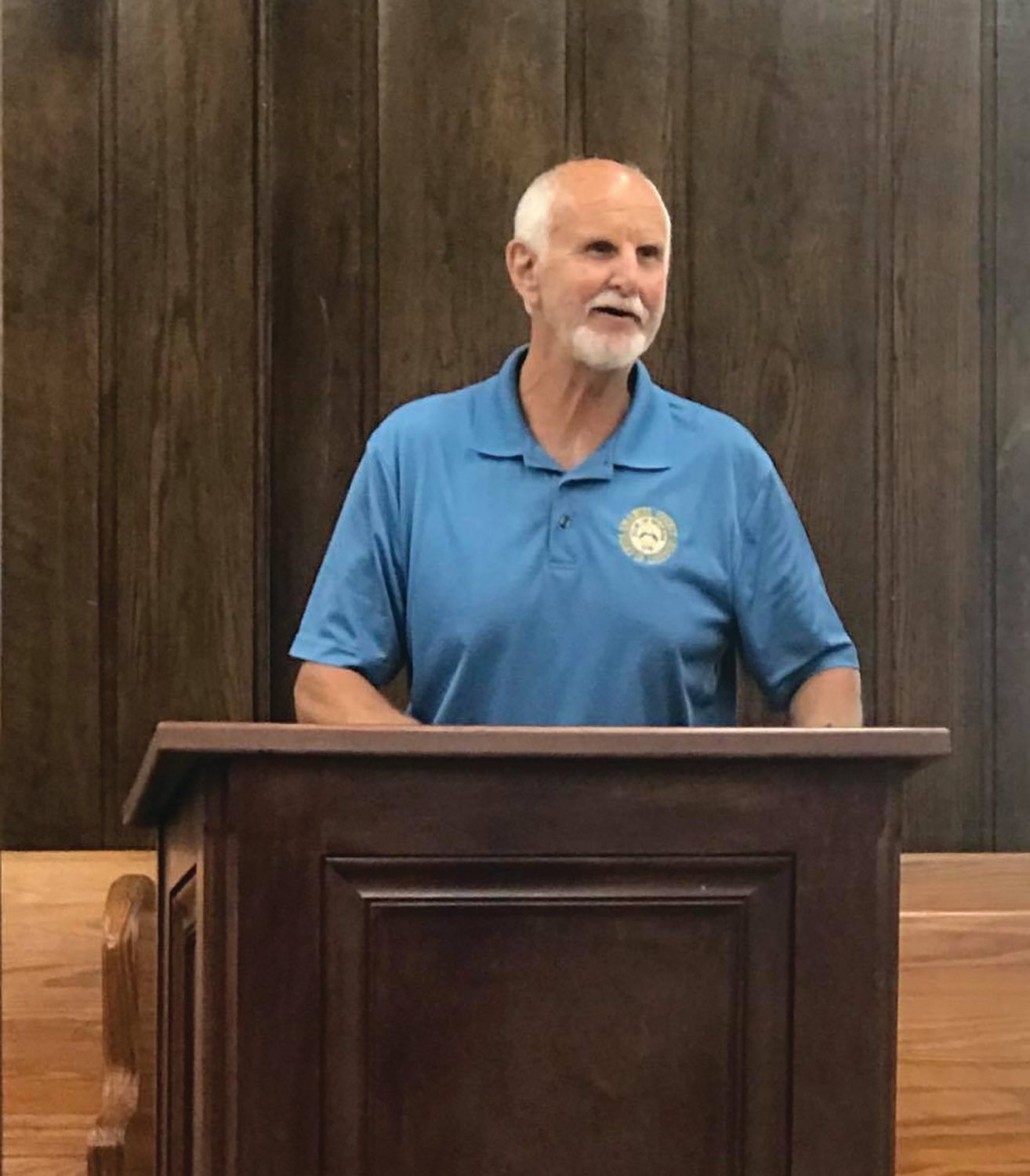 Emanuel County Board of Commissioners convened for their regularly monthly schedule Monday, July 19, at 6 p.m. at the John C. Coleman Hotel in Swainsboro. Chairman Jim Sherrod called the meeting to order and welcomed all. Commissioner Desse Davis then gave night's invocation and Commissioner Hugh Foskey led the Pledge of Allegiance.
Commissioners were then introduced to four county employees and briefed on their new job positions. Included in the introduction were Public Works Director Justin Morris, Building and Facility Superintendent Mike Head, Transfer Station Superintendent Travis Beach and Building and Code Enforcement Director Stephen Graham. It was also announced that Brandon Frix has been hired as the county's new code enforcement officer.
The introduction was followed with a presentation made by Darryl Gray with the Emanuel County Tax Assessors Office. He addressed concerns pertaining to recent appraisals and tax increases and advised that this was the first-ever re-evaluation performed in Emanuel County and that only a partial one had been performed in 2004. Gray provided percentages to highlight the increase and decrease of property values found during the appraisal process and discussed how these numbers were obtained. He further announced that the tax accessors office has received 256 appeals as a reflection of the audit and 40 percent of all received appeals have been completed so far with changes being logged into an office computer. Gray encouraged all parties wishing to file an appeal to do so with the Board of Equalization.
"We are public servants. The method is not fun and it is difficult, but we are meeting needs and will continue meeting needs. Contact us. Everyone that has left our office has left smiling," Gray stated.
In other news...


• Minutes from the regular July 21 meeting and the budget/workshop meeting held July 8 were unanimously approved by board members.
Old Business
• The DFCS Board Appointment of Martha Anders was approved by commissioners. Anders was one of two candidate names presented to the board and will complete the unexpired term of Betty Brown, set to expire in 2023.
New Business
• A list of surplus items for auction were presented for the board's review and was approved as presented.
With no further discussion or action to entertain, a motion to adjourn was passed.

Yard of the Month