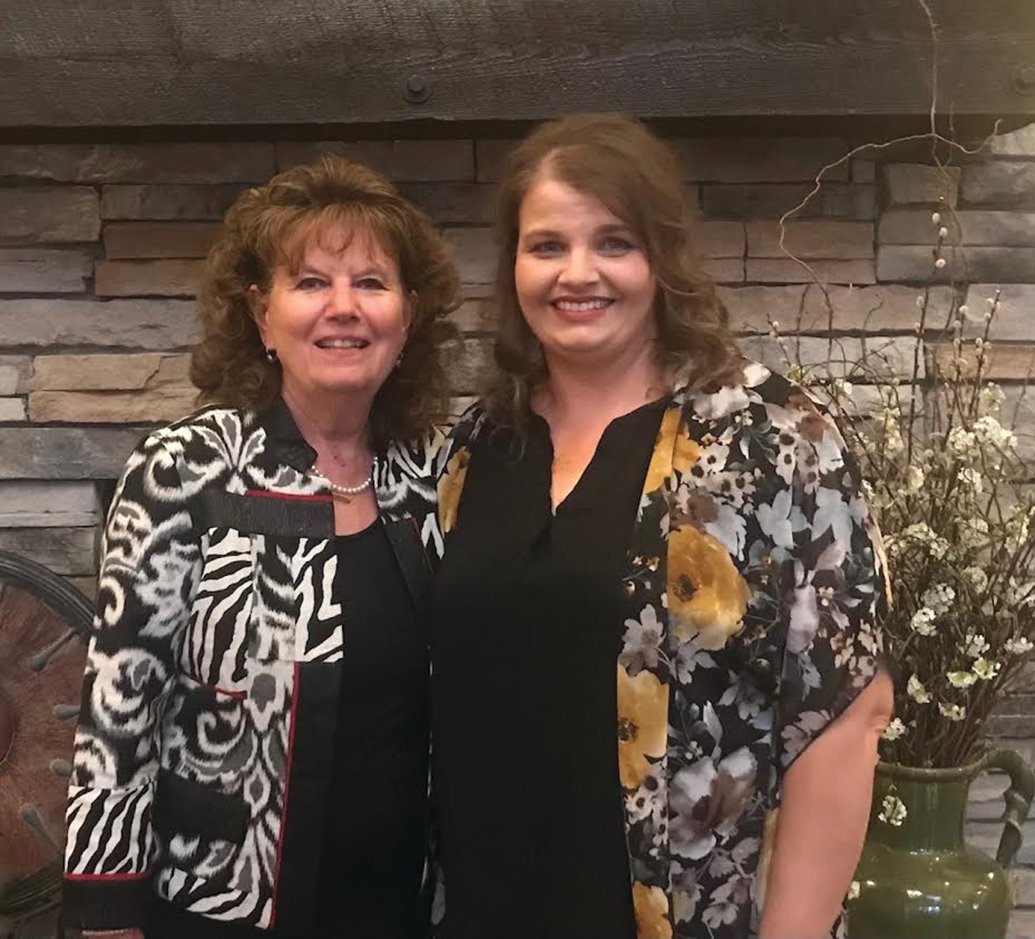 In late spring, the Xi Delta Psi Chapter of Beta Sigma Phi held its annual Founder’s Day celebration at the Sudie A. Fulford Learning Center on the campus of East Georgia State College. This is the time each year that all Beta Sigma Phi Chapters in the United States as well as around the globe celebrate the chartering of this non-academic sorority.

This is also the time of year that the Beta Sigma Phi Lady of the Year is named by the local chapter here in Emanuel County, the Xi Delta Psi Chapter. Each year as the club celebrates Founder’s Day and all former first Ladies are invited to join in the Founder’s Day dinner and meeting. This year the chapter was very fortunate to have nine former Lady’s join in the festivities. Former Ladies of the Year that were in attendance were, Bobbie Daughtery (2009), Lisa Bertoch (2021), Missy Elder and Mary Ann Smith, Dual Lady’s (2015), Beverly Johnson (2018), Ann Peebles (2000), Juanita Porter (2019), Harriett Ray (2011) and Shari Watt (2010). The Xi Delta Psi Chapter felt honored and blessed to have so many former Lady’s represented.

At each Founder’s Day celebration, a special guest is asked to attend. This is always a woman in our community that the club feels is deserving of recognition because of her dedication to a particular charity or cause. She is invited as a guest speaker to bring the club information about the cause that she represents and/or is involved in. This year Angel Lane was invited as the guest speaker. Mrs. Lane is responsible for the founding of Weekend Blessings in Emanuel County. It is well known that Mrs. Lane is a very involved advocate for the needs of children in our community. Joined by her sister, Courtney Wells and good friend, Niamh Matthews, she came up with this idea in 2012 and they promptly went to work to get Weekend Blessing up and running. Weekend Blessings partners with the elementary schools in our county, they are a “backpack Program” to help children. The mission of Weekend Blessings is being able to provide a weekend or holiday sized supply of food for children who are at risk of hunger at times when school is not in session. They serve as many as 200-400 children each week. Children are given non-perishable food items each Friday to make sure that their nutritional needs can be met over the weekend. They try to provide 2 breakfasts, 2 lunches and some snacks. All food items are things that do not need to be cooked. Even during the pandemic Weekend Blessing was known to deliver door to door to students in need. All of the food comes from donations from the community. Donations may be food or a monetary donation. Anyone in the county can sponsor an Emanuel County elementary school student for $100.00 per year. These donations of both food and money are what keeps Weekend Blessings going. For those who don’t already know, donations can be made at Durden Bank in both Swainsboro and Twin City. Mrs. Lane has been quoted a saying, “God always provides for this program. We are only the hands and feet”. As you can imagine, a project such as Weekend Blessing requires a lot of work. Volunteers are always welcome. We at Beta Sigma Phi plan to make helping pack the bags of food one of the club's yearly service projects in the future. Mrs. Lane and Mrs. Matthews enlightened the Beta Sigma Phi sisters to a lot of information that might not have otherwise been known.

Mrs. Lane didn’t know at the time she was invited is that not only was she to be the guest speaker, she was surprised in the end to learn that she had been chosen as the 2022 Beta Sigma Phi Lady of the Year. The organization feels that Mrs. Lane is certainly deserving of such recognition. When it comes to children she goes above and beyond the call of duty. The sisters of Beta Sigma Phi could not be happier with the choice that they made for the 2022 Lady of the Year. Each Lady of the Year is awarded a monetary donation to be made to the charity of her choice. Needless to say, Weekend Blessings was the choice of Mrs. Lane. All of the sisters of the Xi Delta Psi Chapter of Beta Sigma Phi agree that God must’ve spoken to Mrs. Lanes parents regarding the name of their baby girl. Angel could not be a more appropriate name. Mrs. Lane truly is an angel whose wings cannot be seen. She is a humble community servant and a truly wonderful woman.

Mrs. Lane, along with her husband Adam, are residents Garfield. She faithfully attends Mount Olivet Baptist Church along with her family. She is also the former Director of Twin City United Methodist Preschool. She is the mother of three children and the grandmother of three grandchildren. She is a devoted wife and occasionally assists her husband in his business, East Georgia Equipment. Mrs. Lane is definitely a prime example of a woman with a big heart and a she is undoubtedly a huge asset to our community. Beta Sigma Phi is proud to honor her.

Beta Sigma Phi is a non-academic sorority with over 200,000 chapters around the world. The sorority was founded in 1931 and now has chapters in every state in the United States, every province in Canada as well as 30+ other countries. It was founded for the social, cultural and civic enrichment of its members. It focuses mainly on community service but other activities as well. Beta Sigma Phi organizations are primarily community based but there are also chapters on college campuses and even several online chapters. The Swainsboro Chapter, Xi Delta Psi, was chartered in 1978 and has 29 active members today with several members being part t of the original charter group.