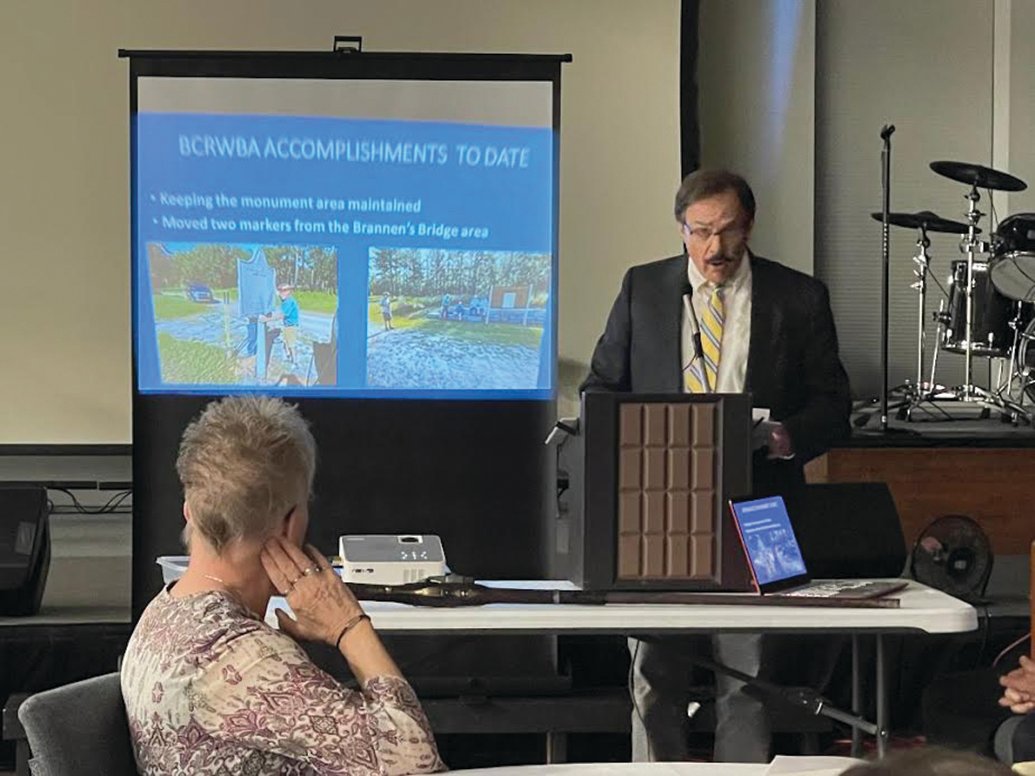 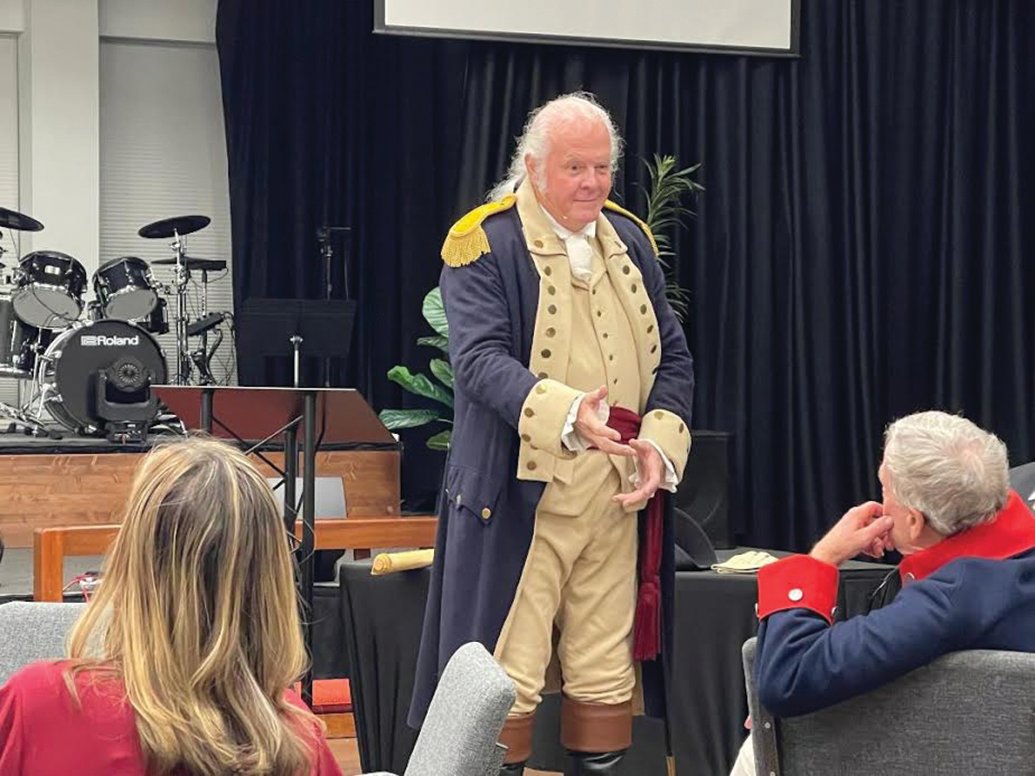 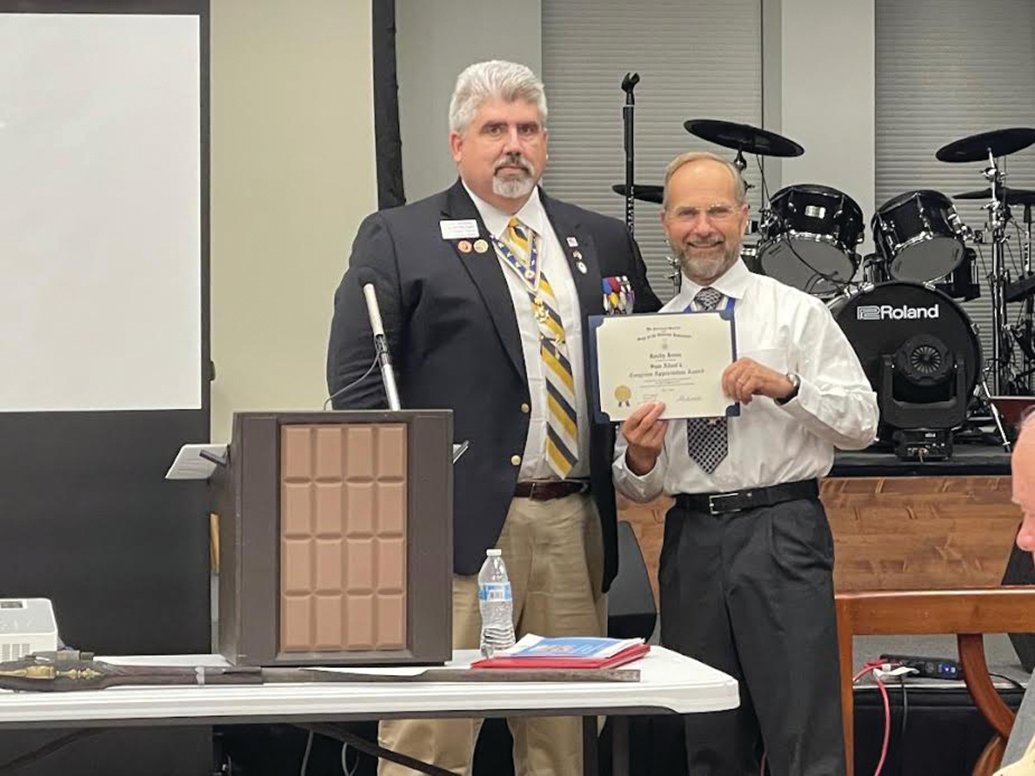 The Brier Creek Revolutionary War Battlefield Association, Inc. held its 2nd Semi-Annual Banquet on Thursday night, September 22, at the First United Methodist Church in Statesboro at 7 p.m. With President Stephen Hammond presiding, there were 51 attendee's present. After President Hammond called the banquet to order, the East Fall Line Region Color Guard Presented the Colors commanded by Commander Steve Burke. Then President Hammond welcomed everyone and introduced the special guests. Next President Hammond presented a power point presentation of eleven slides discussing the progress that the BCRWBA has made in the last six months working alongside the DNR. H. Wilder Smith, Jr. then said the invocation and blessing. Dinner was then served from the buffet by "Touch of Class Catering". The caterer was Annette McCray from Metter. After dinner, Alton Reynolds introduced the speaker for the evening, General Nathanael Greene (Dan McMichael) Commander of the Southern Patriot Forces during the latter part of the Revolutionary War. His presentation was titled, "The Life and Times of Major General Nathanael Greene". General Greene talked about his early life growing up, the early years of the revolution and then his decisions and tactics in the latter stages of the revolution up to Yorktown. Next East Fall Line Region Vice-president Bill Tankersley of the Georgia Society Sons of the American Revolution presented the Mill Creek Chapter GASSAR President Randy Jones with the Samuel Adam's Congress Appreciation Award in recognition of exemplarily service preparing for the 132nd Congress of the National Society of the Sons of the American Revolution that was conducted July 10-15, 2022, in Savannah. President Hammond then made a few announcements including the date of our 4th Annual Banquet to be held on Friday night at 6:30 p.m. on March 3, 2023, in Sylvania at a location TBA. Gary Mason then said the benediction.