Bazemore speaks to the Wiregrass Chapter 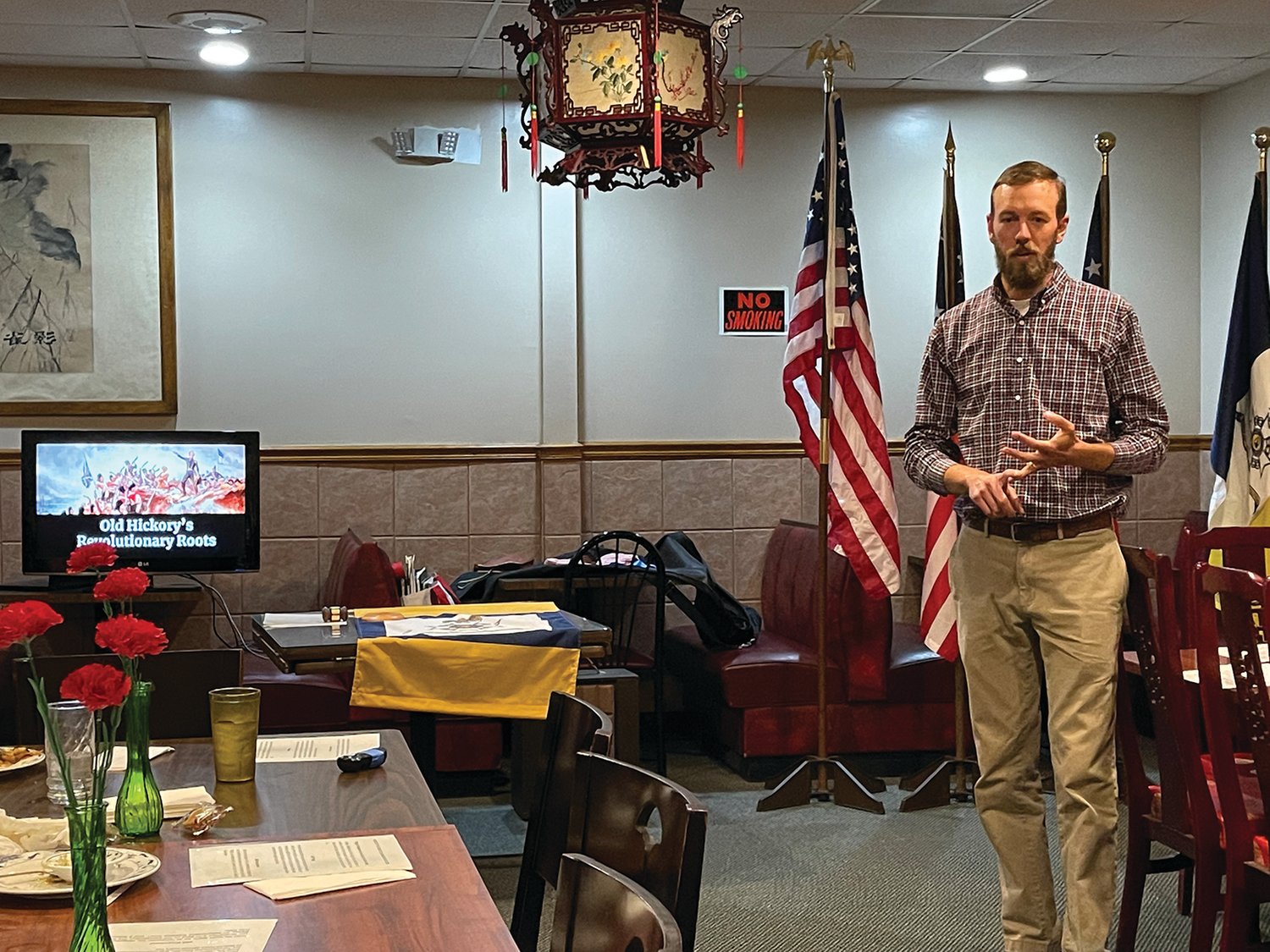 The Wiregrass Chapter, Georgia Society Sons of the American Revolution, held its monthly meeting on Thursday night, May 12 at the New China Restaurant at 6:30 p.m. With President Wilder Smith presiding, there were 13 in attendance, including three guests. The program this evening was presented by Compatriot Adam Bazemore of the Brier Creek Chapter in Screven County. His presentation was on "Old Hickory's Revolutionary Roots". Bazemore spoke about Old Hickory, nickname of Andrew Jackson, was the third child of Andrew Jackson, Sr., and Elizabeth Hutchinson Jackson. Old Hickory was born in 1767 and his father died shortly before he was born. He had two brothers, and all were raised by his mother. All three of the brothers served in the American Revolution. Jackson’s two brothers died during the War. During the war, 13-year-old Jackson was wounded by a saber cut and was captured and served as a prisoner of war in Camden, SC. His mother goes to Charleston to nurse the sick and dies of cholera or prison fever. That leaves Jackson all alone. He is the only president of the United States that was ever a prisoner of war.