A New Home for the Howl-A-Days

Talk about a Koda(k) moment!!! 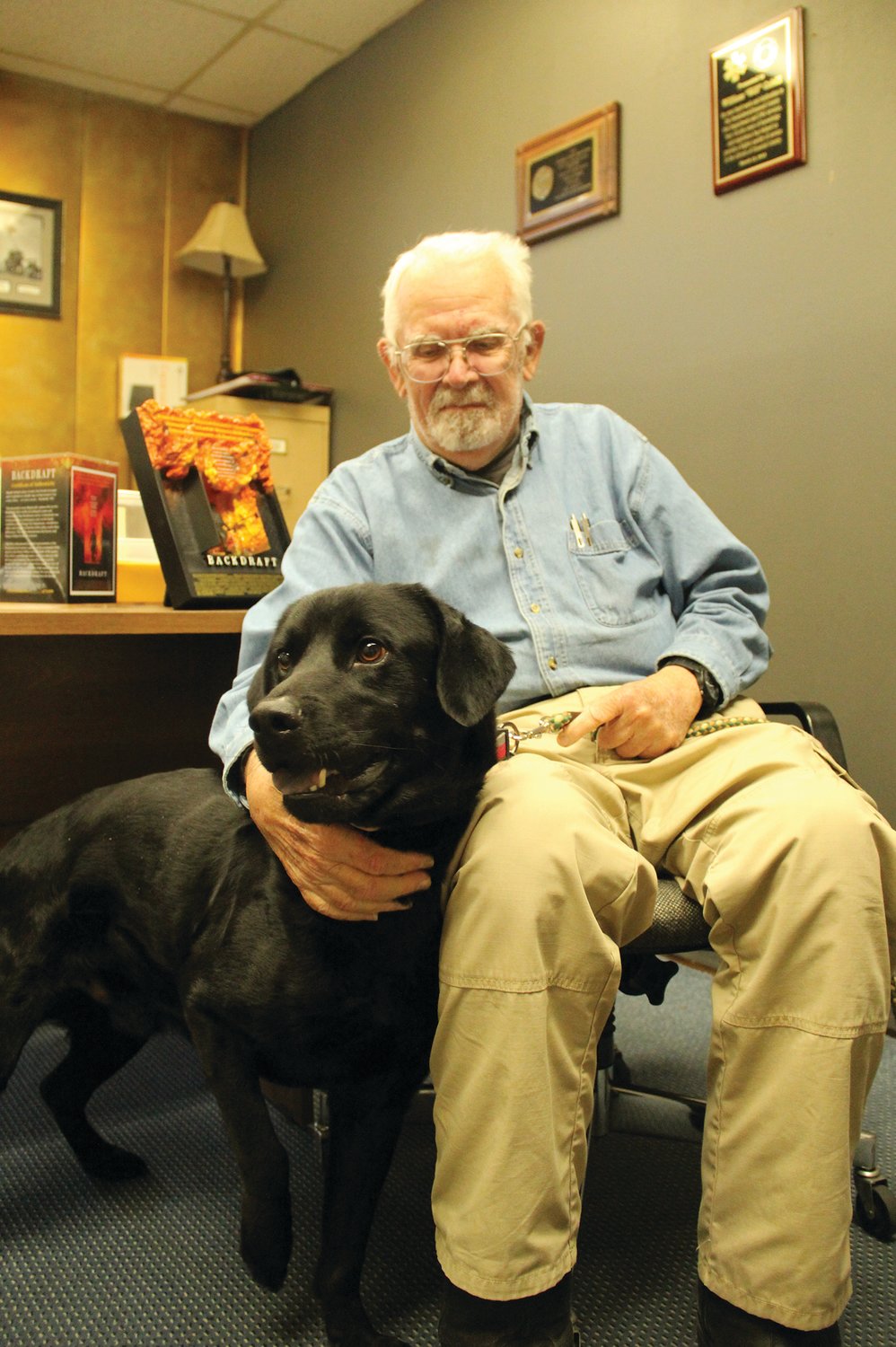 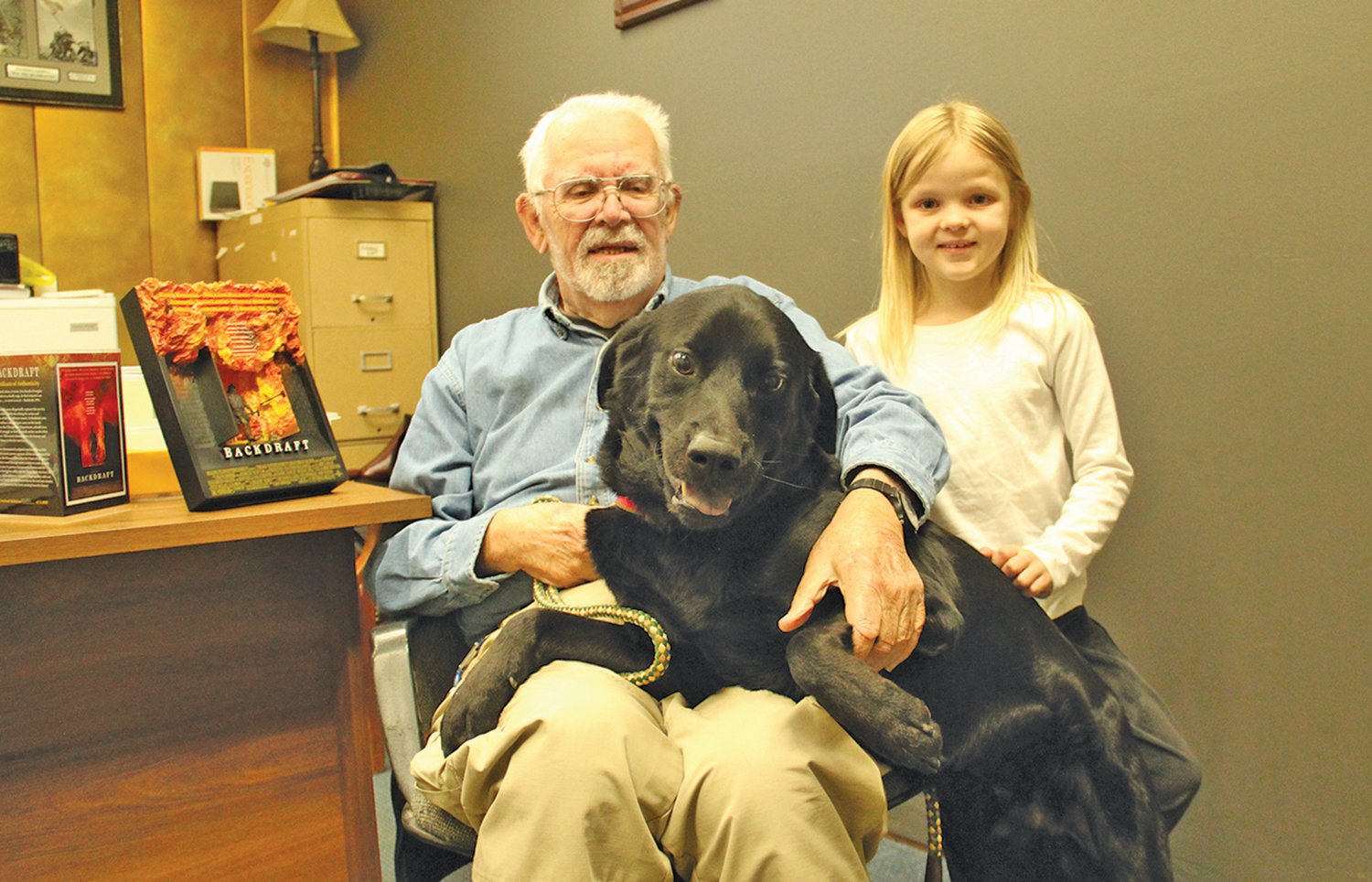 On September 27, 2021, Koda, a four-year-old chow/lab mix, entered the Betty Gambrell Animal Shelter as an intake. Patiently, this big, sweet known-to-be lap pup sat in his designated kennel awaiting to be adopted by the perfect owner.

By November, Koda was on the verge of his two month mark as a shelter intake. Of course, loving care and nourishment was provided to Koda during his stay at the local no-kill shelter. However, it just wasn’t the same as having a loving home to call his very own. So, in hopes of finding his fur-ever home, Koda was featured as an adoptable senior pup during Adopt-a-Senior-Pet Month in November. His picture-perfect smile caught the eyes of many, but sadly he remained in his kennel and was not adopted. But, little did we know his days as a shelter pup were slowly coming to an end.

On December 1, Bill Cahill entertained the possibility of adopting the perfect companion to bring home and share his residence with. Knowledge of Cahill’s late furry companion, Jorja, only confirmed that he indeed would have the perfect heart when welcoming an unwanted canine. You see, Jorja was a yellow lab mix that was stranded as a pup. Cahill took her home and they became inseparable until her death.

Now, many can associate Cahill with the public safety. When tragedy strikes, Cahill is the man behind the camera at almost every local catastrophe. A retired police and firefighter, Cahill eats, sleeps and breaths the life of a first responder and public safety, and Jorja, learned to love the same life, too! So much so that when dispatch calls were made, Jorja would wait eagerly for Cahill to open the door for them to respond to each crisis together.

After many years and several hundred response calls answered, Jorja eventually passed away due to old age. Cahill had tried to fill Jorja’s void only once since her passing but the bond just wasn’t there. Needing the perfect companion to share his home and large fenced in backyard with, Cahill continued to stay opened minded that the perfect dog companion would eventually come along, just as Koda wished for the perfect human companion to take him home.

After speaking with a local shelter volunteer on December 1, Cahill went out to visit the adoptables at the local shelter and found a particular liking for a special chow/lab mix – Koda. Wanting to be sure they were both ready for the commitment ahead, Cahill visited Koda each day since their first visit. With each visit, Cahill would bring a harness and leash and walk with Koda around the fenced-in enclosure that houses the local shelter on Market Street. This continued for approximately two-three weeks until Cahill confirmed his intentions to adopt Koda and bring him home for the holidays. An appointment was then made for Koda to receive neutering and vaccination services, a requirement for all adoptions made at the shelter.

Koda went in for his services to be performed at McRae Veterinary Clinic on Monday, December 20, and was kept overnight. The following day, December 21, just six days shy of Koda’s 3-month intake date, Koda went to his fur-ever home for the first time and has flourished ever since.

According to Cahill, Koda has adjusted perfectly to his new lifestyle and has already responded to his very first emergency dispatch call with no issues at all, ensuring many “kodak” moments for him and his new owner in the near and far future.

A special edition of Cook of the Week: Donna Fagler