A Look at the Sheriff’s Office, One Year Later 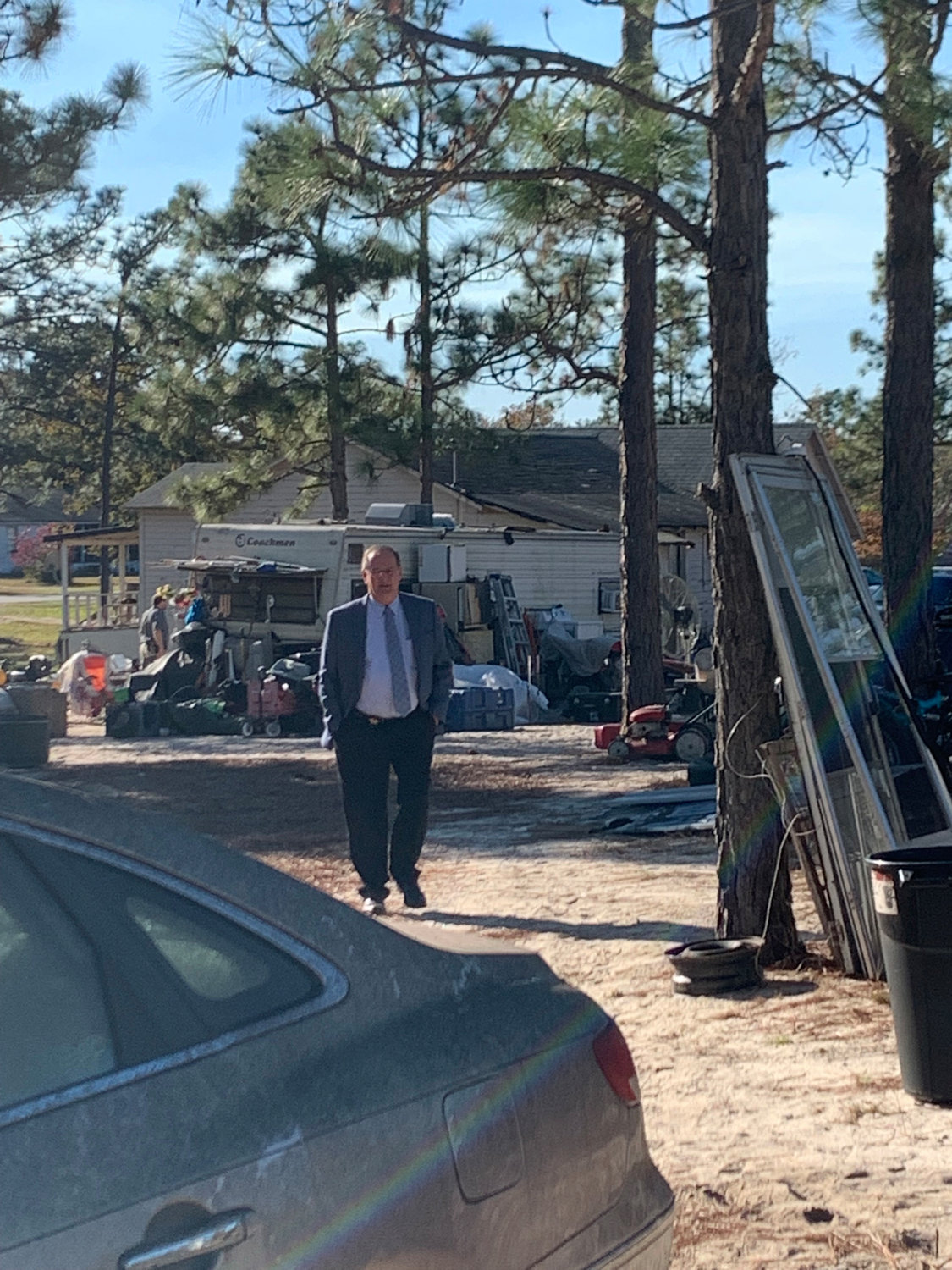 In January of last year, newly elected Sheriff Jeffrey Brewer began a program of review, updates and modifications of policies and practices in the Emanuel County Sheriff’ Office. This activity was the fulfillment of a promise Sheriff Brewer had made during the election period in 2020. One year later, the new Sheriff looks back on the first 12 months.

“In my mind the key to the success of this department’s review was the issue of personnel and organization. One of the first areas to be addressed was the Command Staff: Nick Robertson was named Chief Deputy, Captain West Bedgood/ Jail Administrator, Captain Marc Curry/Uniform Patrol Supervisor, Lt. David Way/Investigations Supervisor, Lt. Elec Wheeler/Traffic Supervisor, and Lt. Robert Phillips/School Resource Supervisor.” Sheriff Brewer pointed to the commitment and dedication and combined experience of this cadre of professionals, “These folks are dedicated to the job at hand and ready to serve. That’s why they are in these integral positions.” Currently, there are sixty-seven employees in the department. Thirty-six are in enforcement and thirty-one on the jail side. As an enhancement to the investigations, Brewer staffed up personnel by adding three investigators. Following through on a commitment to focus on Drug and Gang problems, two of the investigators were dedicated to that area alone. Training in that area utilizes experienced Gang Investigators and networking alliances with other experts. Unfortunately, another area requiring upgraded investigation deals with sex crimes. Sheriff Brewer has required expanded investigation into child exploitation through affiliation with and training by the Georgia Bureau of Investigation on crimes against children and cybercrime investigation.

An innovative program was implemented during the first year of Brewer’s administration through the GED attainment process for inmates. Taught and sponsored by Southeastern Technical College, the effort has produced twelve graduates thus far. Deputy Jailer Marion Shaw, a veteran educator, oversees the program providing the opportunity for better outcomes and futures for inmates. Also, in a significant step forward, Sheriff Brewer, along with Chief Deputy Robertson and Captain West Bedgood, produced the first policy manual for the Emanuel County Sheriff’s Office and Detention Center. The Sheriff says this manual will continually be adjusted to remain current and relevant to daily operations.

In the community, Sheriff Brewer has met and worked with School Superintendent Scotty Hattaway to make sure the safety of students, faculty and staff is constantly monitored and prioritized. In this regard, a fourth School Resource Deputy is now on duty. In 2021, three contraband searches were conducted utilizing drug dogs. No illegal substances were detected, and the monitoring is on-going. In addition to involvement in the community schools, the Sheriff commented on the importance of his office regularly staying in touch with civic clubs, community sponsored organizations, and other service groups maintaining an open-office attitude and a free flow of any and all relevant information both to and from the public.

Beyond the standard duty of county-wide law enforcement, Sheriff Brewer’s office is also tasked with other essential jobs. Serving civil papers is among these and is now up to date with no backlog. Courthouse security also falls under the responsibility of the Sheriff. “We have to have deputy manpower in the Courthouse whenever a Judge is “on the bench”. Obviously, other personnel must be in attendance for testimony and inmate appearances. Monitoring of various offenders requires manpower for checking registrations. Currently, there are 73 registered sex offenders in Emanuel County that must be monitored. To facilitate these and other duties, Sheriff Brewer said he has made sure that deputies have up to date technology. “This year, we are working to provide body cameras, ballistic vests, and an increased number of mobile data terminals for use in patrol vehicles.” In a departmental move, Sheriff Brewer also instituted mandatory, random drug testing. This is done every other month at the Sheriff’s office and jail. Sheriff Brewer and Chief Deputy Robertson led the way by being the first officials tested.

One of the cornerstone commitments Sheriff Brewer made during his campaign was to provide a special emphasis on qualified personnel. Before Brewer was even sworn in, he and 35 other newly elected Sheriffs had attended training for their new position. Sheriff Brewer made it clear that training is his priority. “We can’t overstate the importance of our law enforcement being competent and confident in their understanding of the job. A trained Deputy is empowered with the knowledge and the ability to legally and ethically perform the duties delegated to them.” The Sheriff chooses and requires training that best benefits this community and the individual Deputy. He also allows Deputies to choose a class relevant to their assigned duties. In 2021, the selected class was active shooter “ALERT” training. 22 Deputy officers and 4 school resource officers are now certified in this intense training. In 2022, Crisis Intervention Training will be required teaching de-escalation of mental illness, substance abuse, developmental disorder and other unpredictable high-stress encounter situations. Other training categories that the Emanuel County Sheriff’s Office benefits from are: Firearm Qualification, Preventable Line of Duty Death/Injury, Gang Activity, Radar Certification, Internet Crime, Deadly Force, Community Policing, Criminal Investigation, and De-Escalation.

It has definitely been a busy first year for Sheriff Jeffrey Brewer, and it is easy to see the imprint of a new program and a new leader. With any change, there naturally comes opportunity as well as challenge, but if this first year is any indication, the department will continue to chart in a progressive, positive direction. As 2022 begins, the Emanuel County Sheriff’s Office appears to be ready.